US Military 'Not Prepared' to Meet Threats of Increasingly Dangerous World 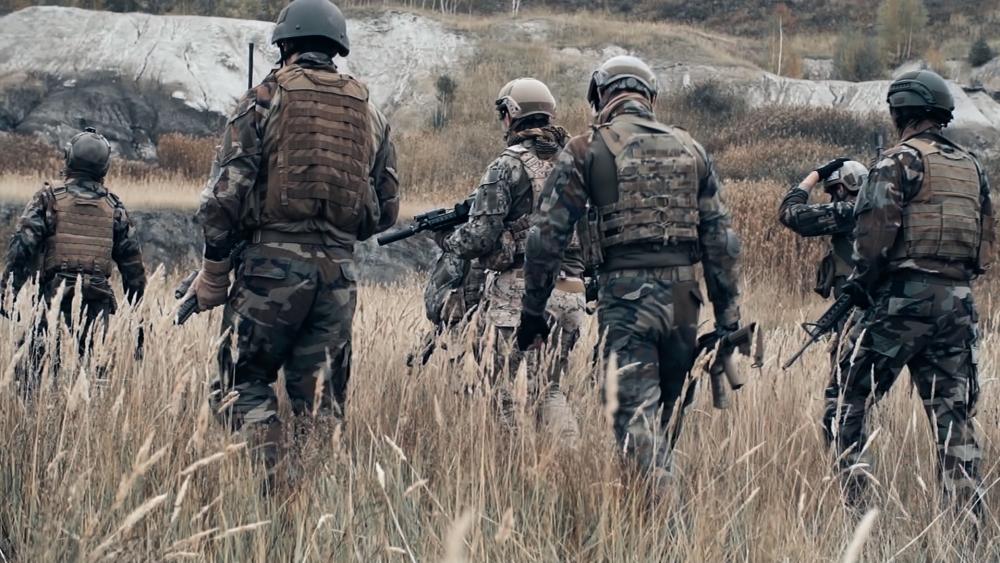 WASHINGTON – The U.S. military received the equivalent of a failing grade from an annual report that assesses the country's defense.

For the first time since it began in 2015, The Heritage Foundation's nonpartisan Index of U.S. Military Strength released a "weak" rating. Inflation, a recruiting crisis, aging equipment, and years of budget cuts are all key factors weighing into this year's report.

Heritage's conclusion: the United States military is not prepared to meet the current threat environment of an increasingly dangerous world.

The Index's editor Dakota Wood says the "weak" rating is meant to convey a level of gravity.

Breaking down the findings by branch: the Army comes in at "marginal," seen as aging faster than it's modernizing and much smaller than needed.

The Navy is rated as "weak," with a rapidly decreasing fleet. A similar rating for the Space Force, which lacks the capacity to manage the explosive growth in space we're seeing from other countries.

The Air Force rates lowest at "very weak," due to retention issues and aging equipment.

The only bright spot among the branches is the Marine Corps, which has a "strong" rating, having adapted well to the needs of today.

U.S. nuclear capability is also rated and determined to be "strong," thanks to a bi-partisan commitment to modernization in that area.

Wood says, as of today, the US military as a whole would struggle to meet the demands of a single major conflict, let alone engage on multiple fronts.

"So if we got involved in some kind of a NATO, Russia thing in Europe, and you really had to focus on it because of interests and obligations, then you don't have an ability to do anything in the Indo-Pacific. And so if you're China and you look at a tied-up America, wouldn't that be an opportune time to then try to retake Taiwan?" Wood questioned.

He says while funding is the ultimate problem, it's also the solution. In order to get the military back to fighting strength, spending would need to increase. Meaning the defense budget needs to start coming in significantly over the rate of inflation.

"It's going to take many years of serious investment, to get things back to where they should be," he said.

America's adversaries, meanwhile, are steadily increasing investments into their military might.

"You're seeing the Chinese military on track to triple, not double, triple the amount of nuclear warheads it has on station. They are out-building U.S. ships at a rate of five to one. Their Navy is on track to be almost double the size of the U.S. Navy by the end of the decade. Their Space Force is launching more. We've seen what Russia is doing. Iran marching towards a nuclear weapon. We can go around the world," said U.S. Rep. Mike Waltz (R) Florida.

Waltz, a House Armed Services Committee member, told CBN News it's time for the U.S. to stop playing catch up.

"You're seeing this {Republican-led Congress work} to get the Pentagon back on its core mission of war-fighting, of deterring wars, by appearing strong to our adversaries. That's how you keep the peace," Waltz said.

"You know if I get my student loans canceled, or something like that, right, that helps me today, if I build a new submarine, well that won't go into the water for five or six years," he explained.

Wood hopes the ongoing war in Ukraine will remind lawmakers of how expensive war would be with another major power. Far different from what the U.S. military faced over the last two decades in the Middle East.

"Non-state terrorist actors with no Navy, no Air Force, you know, no Army in any conventional sense. And so we have gotten used to this idea that a smaller, older, not well-equipped military, in this sense, is able to do everything that we would want it to do, but that's a false sense of security," Wood said.

When it comes to recommendations, he says he would be encouraged by a substantial, and consistent, investment in munitions, especially since the U.S. has provided Ukraine with more than a quarter of our supply. Then, over the coming years, Wood suggests more significant increases to the defense budget, and a renewed focus on expanding the military's capacity.