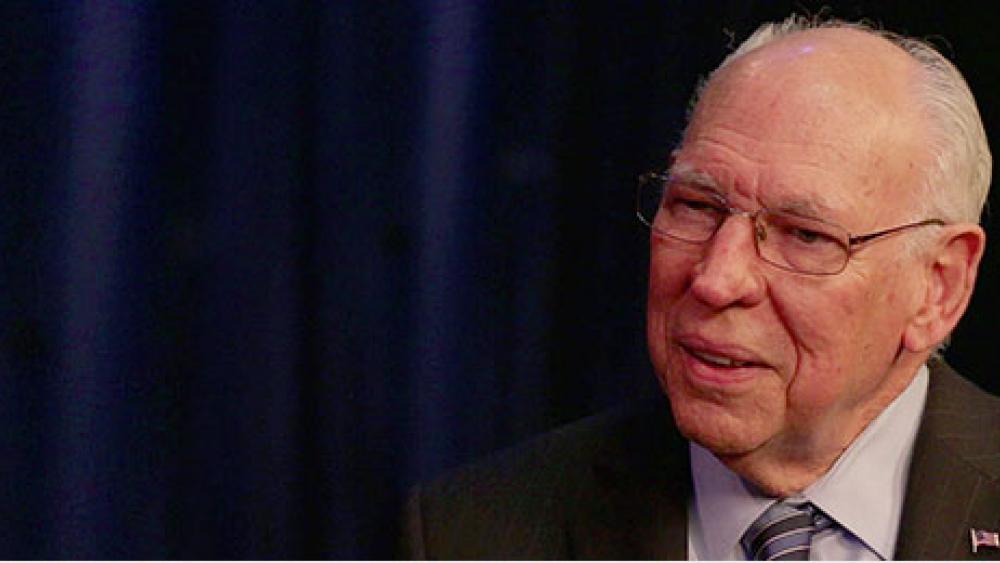 WASHINGTON -- During a time in our society when the family is often under attack, it's refreshing when someone like Sen. Ted Cruz, R-Texas, calls his father, Rafael, his hero.

They both have a lot in common. Sen. Cruz's presidential campaign is marked by his signature fiery rhetoric. Could it be that he gets that passionate streak from his 76-year-old father?

This seems to be a classic "like father, like son" scenario:  two generations of passionate Christians who overcame huge odds, with the son - an almost unknown candidate - becoming a U.S. senator, thanks in part to a father who had it even tougher.

Born in Cuba, young Rafael Cruz faced prison and torture fighting against the brutal Batista dictatorship. After his release, he convinced the government to allow him to leave Cuba for America on a college scholarship.  He left with only $100, sewn into his underwear by his mother.

"My speaking ability was limited to maybe, 'Tom is a boy and Mary is a girl.' That was about it," Rafael Cruz told CBN News.

His son, Ted, marvels at his dad's life story.

"My dad has been my hero my whole life, but what I've always found most extraordinary about his story is how commonplace it is," Sen. Cruz said.

In the late 1950s, Ted Cruz's father came to America and worked hard by washing dishes, started a family, and most important got saved by accepting Jesus Christ as his Lord and Savior. Rafael then became involved with the "Religious Roundtable" organization, mobilizing Christians to elect Ronald Reagan.

Meanwhile, young Ted took it all in.

"Our conversation around the dinner table centered on politics as to why we had to get rid of this leftist, progressive called Jimmy Carter," the elder Cruz said. "Ted got a dose of conservative politics from a biblical worldview on a daily basis for a whole year when he was 9 years old."

Father and son eventually set out on separate paths toward one goal: promoting Judeo-Christian principles while fusing faith and politics.

"Jesus said we are to be light in the world. We are to be salt in the earth. Well, that means we need to bring that light, we need to be part of every aspect of society," the elder Cruz said.

For Rafael, that includes politics by speaking out boldly on the issues of the day.

"Aren't you sick and tired of men and women of lies in government?" Rafael Cruz asked.

"They tell you one lie to cover up the previous lie, whether it is 'Fast and Furious' or Benghazi or the IRS or the NSA or Ebola or the missing emails. It's lies upon lies upon lies," he said.

Rafael Cruz knows his comments and sermons will likely attract media attention. He's been especially critical of President Barack Obama, at times saying that he is "governing like a dictator just like Fidel Castro."

He also speaks boldly about Jesus. But is he ready for the scrutiny?

"What are we to do? Jesus said you don't take a light and hide it under a bushel. You put it on a lampstand. We have to expose the truth. And those that don't adhere to the truth are going to react against the truth. That is only natural," Raphael Cruz told CBN News.

"So I say I get energized because if we had no one criticizing what we are saying perhaps we're not making an impact," he said.

The elder Cruz wants to make his impact with pastors by trying to get them engaged in the cultural, social and political issues of the day.

"I tell pastors stop looking at their (politicians') rhetoric and start looking at their record," he said. "They all have a record. Jesus said, 'You shall know them by their fruit.' It's time we do some fruit checking."

While the father makes an impact with pastors, his son is making an impact of his own by raising millions of dollars since his presidential announcement last month.

Raphael's Prayer for His Son

In the meantime, the father will pray for his son -- not to be president but something more important.

"My prayer for him can actually be synthesized in two or three words: wisdom, peace, direction," the elder Cruz said.

As for Rafael, many of his prayers have already come true.

"This is a country (that) with hard work and perseverance, all your dreams can become a reality," he said. "This is truly a unique country in the world. I'm so proud to be an American. I love this country dearly and so does he (Ted)."