Enough Is Enough: The Case for a Convention of States 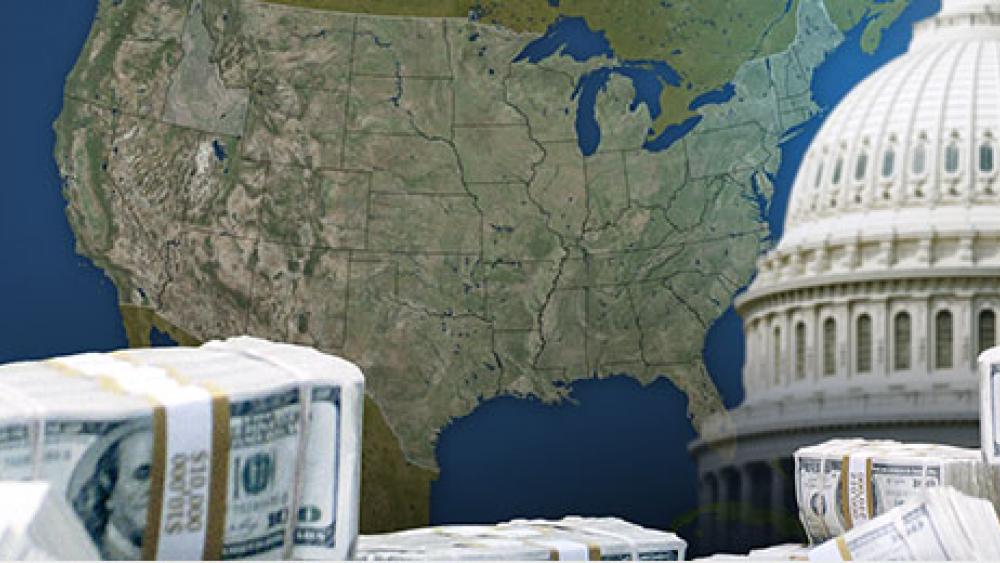 WASHINGTON -- You won't hear it too much from official Washington, but America's finances are in big trouble.

When you add up $18 trillion of debt, a dysfunctional Congress and activist judges taking power from the people, you get frustration and an attitude of enough is enough.

Now one group is taking action in the form of a project called Convention of States. Conservative legal scholar Michael Farris heads it up.

"Washington, D.C. will never fix itself and we have to have a solution from a different direction," Farris told CBN News.

That direction is to amend the Constitution by going directly to the states and bypassing Congress.

Article V of the U.S. Constitution says if two-thirds of the states agree, they can call a convention to offer new amendments.  Once that happens, then any amendments proposed at the convention must be ratified by three-fourths of the states.

It won't be easy. The last constitutional convention happened more than 200 years ago in 1787.  Since then, all 27 amendments have originated in Congress.

Still, the movement has steam.  Georgia, Florida and Alaska have approved such a convention with North Dakota, Arkansas and Arizona close to making a decision. Farris and his team believe 20 states could join the movement this year alone.

They hope to have their two-thirds majority by 2016 to move forward. Former Sen. Tom Coburn, R-Okla., is helping to push the idea around the country.

"It's not going to happen this year and it may not happen next year," Coburn told CBN News. "But it's going to happen in the next three or four years because our fiscal issues are going to drive us to it."

Organizers want a balanced budget amendment as the main priority, while other possibilities include term limits and stopping the abuse of executive powers.

Virginia Delegate Scott Lingamfelter told CBN News that it is up to the states to make a difference.

"Congress has, I believe, abrogated their responsibility. They have been almost horse-whipped into submission in a sense by an activist judicial branch and an overreaching executive branch," he said. "I'm done wishing for a solution. I'm now acting for one."

That solution means a convention with a specific agenda, not a free-for-all.

"Maybe the resolution should speak to the issue of constraining or limiting federal power because that is the big problem that we face, this huge explosion of federal power over the states," Lingamfelter said.

Be Careful What You Wish For

Critics from both sides say a constitutional convention would not play out the way proponents hope. They point out that Article V fails to lay out a set of rules that would prevent parties from tossing out random amendments.

Some have even created scare tactic scenarios, such as a proposed amendment to repeal the Second Amendment's right to gun ownership.

"You can scare people to death and say you are going to lose your Second Amendment right," Coburn said.

"Common sense tells you that if you look at the South and the midsection part of this country, plus Vermont -- there's no way the Second Amendment is ever going to go away. That's fear-driven," he stated.

"You should be afraid of what's happening right now, which is far worse than that," he warned. "None of those things are going to happen, but it's a good way to stop us from fixing the problem and the problem has to be fixed to save our country."

Those taking action say the future is at stake even if the odds are stacked against them.

Farris says God is in control.

"When people tell me that it's impossible to do this I go, 'Cool. That means it's going to be a God project not a Mike Farris project.'"