Pro-Life Movement Sick of Getting 'No Respect' 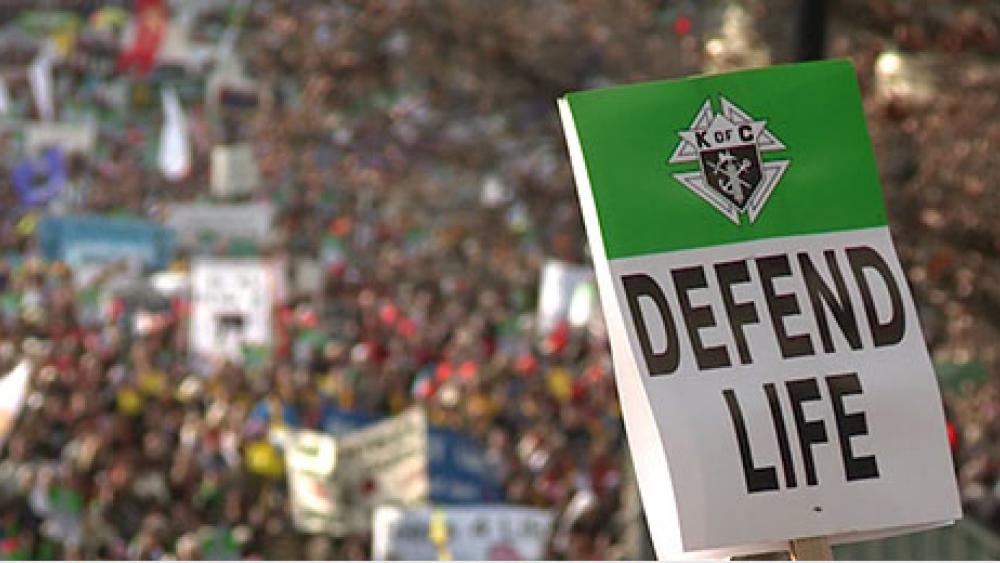 WASHINGTON -- When Republicans took the majority in Congress, pro-life supporters thought it would lead almost immediately to legislation limiting abortions.

So far, though, there's been no action, at least until the announcement there will be a House vote on a 20-week abortion ban sometime in mid-May.

Twice pro-life leaders from around the country have gathered to protest at U.S. House Speaker John Boehner's office, frustrated that he and other Republican leaders haven't been bringing up pro-life bills for votes.

They're still angry at what those congressional leaders did just hours before the January 22 March for Life in Washington, D.C., this year. In a surprise reversal, these pro-life lawmakers abandoned their plan to vote on a law banning abortion for unborn babies five months or older.

"Tragically, on the Roe vs. Wade memorial, they pulled legislation that would ban abortions after 20 weeks," protest leader Rev. Pat Mahoney, with the Christian Defense Coalition, told CBN News.

The protesters say nearly four months of congressional inaction has been inexcusable, especially when 60 percent of Americans want some abortions limited.

"That's five months -- more than halfway through pregnancy. This is a fully formed child and the scientific research shows that the child is capable of feeling pain at that point," Quiqley explained.

"There've been more than five major national polls that all show that Americans agree with us on this point: it's time to remove the United States from the list of only seven countries - seven countries - to allow abortion after this point in time," she added.

So there's relief at news the House will vote on the Pain-Capable Unborn Child Protection Act.

What's strange is how much better the pro-life movement is doing with lawmakers out in the states. State legislatures have passed hundreds of anti-abortion bills in the last couple of years.

But at least until now, Washington politicians have been slow to act.

"We're not angry; we're not mad. I think a better word would be we're frustrated," Mahoney stated. "And we're saying, 'Come on, Congress, act on the promises that you made to America's children."

Rep. Randy Hultgren, R-Ill., is pushing several pro-life bills and hates the inaction, but understands why it occurs.

"Sometimes the details can get in the way," he told CBN News, blaming delays on reservations that pop up among supporters.

So activists say voters have to keep phoning and emailing pro-life lawmakers until they do act, especially on the  Pain-Capable Unborn Child Protection Act.

"Pro-lifers made this an issue in the 2014 mid-term elections, but it's still incumbent on us to keep pushing this," Quiqley stated. "The legislators need to hear from their constituents because they cannot forget that this is a defining issue for many, many Americans and that we want to see a change."

Mahoney has seen this type of obstacle to pro-life efforts all too often in Congress.

"I think within the pro-life community, we've come to refer to ourselves as the Rodney Dangerfield of social movements. We get no respect," he explained.

He's hoping to reverse that by taking action, such as the Capitol Hill protests.

"'We walked precincts, we made phone calls, we dropped tons of literature, we gave millions of dollars to Republican candidates,'" Mahoney said that he and other pro-life leaders wrote in a recent open letter to Speaker Boehner. "'And tragically, look what happens. We get completely betrayed. You ignore us. You make a promise and then break it.'"

Ellmers and Walorski complained the bill would force rape victims wanting an abortion after five months to have reported the rape to authorities. Dent was worried about voting on a contentious social issue that could upset women and young voters.

Once they had talked enough other Republicans into opposing the ban, Speaker Boehner and fellow leaders felt they no longer had the votes to pass it.

"I was disappointed that that didn't go through in January," Hultgren said of the bill. "But there's still a strong number of people who see that as important."

Mahoney points out numbers that should matter to politicians: the 2014 election results.

"Every incumbent who lost was pro-choice," Mahoney said. "Not one pro-life incumbent lost."

He said for Republicans to vote pro-life isn't just moral; it's smart politics.

"It's protecting their power base in the House. It's actually ensuring that they will win," Mahoney argued. "And for Democrats, studies show 90 percent of all pro-life Democrats win."

Hultgren pleaded for abortion opponents to give Congress and its frustratingly slow, deliberative process more time.

"The only thing worse than the grinding wheels of government is a greased chute of government," the lawmaker stated.

"Sometimes it's important to make sure that we go through the deliberative process, as frustrating as it is. Bad things can happen very quickly here," he continued. "Good things often take a long time. But it's worth it. We need to persevere."