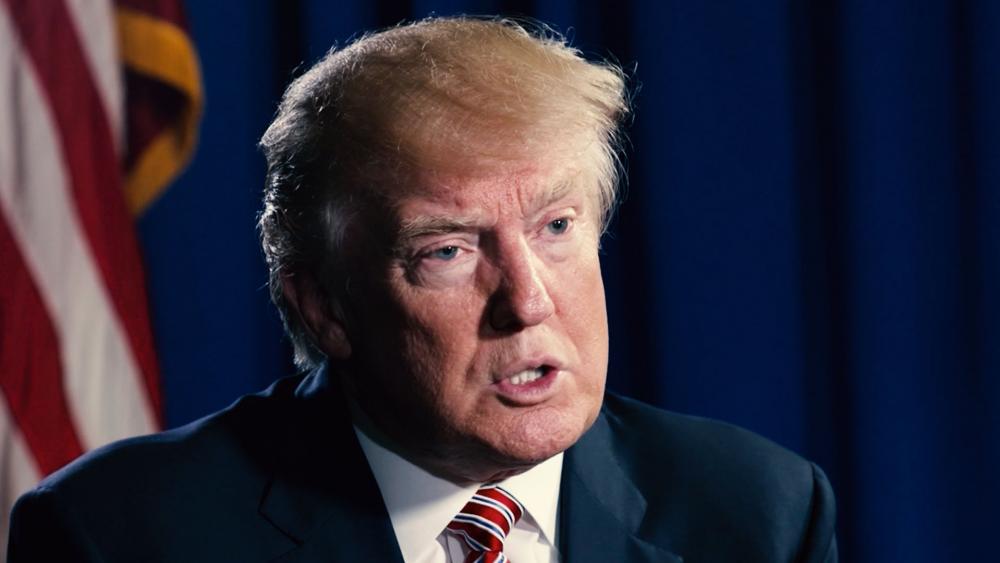 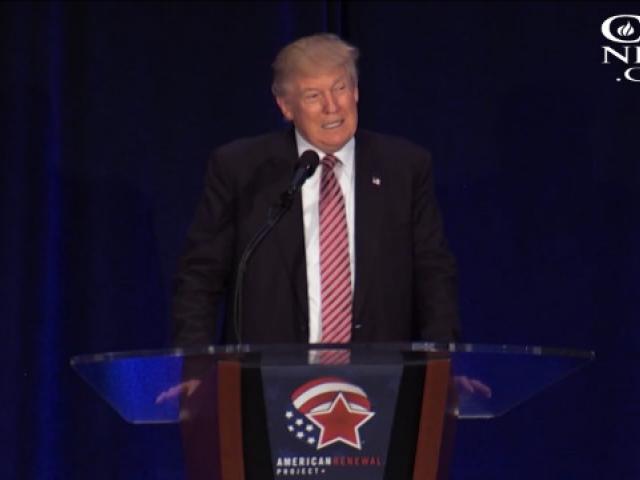 ORLANDO, Fla. -- Republican presidential nominee Donald Trump is laying out a plan to protect pastors from the IRS.

On Thursday, he addressed hundreds of faith leaders at a Pastors and Pews conference in Orlando, Florida, saying the government has been trying to hinder the influence of Christians in the political system for years.

"Christians have been silenced like a child," Trump told his audience Thursday afternoon. He says it is particularly a problem with the Obama administration.

His speech encompassed the current trials Christians have been facing in recent weeks and over the past few years in the country when it comes to freedom of speech -- limitations he says have come mainly from the White House or connected to it.

His solution? Repeal the Johnson Amendment.

The 1954 legislation created by then Sen. Lyndon B. Johnson limits the free speech of pastors, essentially threatening to take away a church's or non-profit's tax-exempt status for endorsing or opposing a political candidate.

"They get absolutely hit with the 501(c)(3), which is the tax exempt status, which is a tremendous hit. It's a shattering hit, and it really keeps them silent," Trump told his audience Thursday afternoon.

"Free speech is being taken away from people who are saying good things, not bad things. And if I can do that, I will have done a great thing for religion as a whole, and it's so important to me," he said.

Trump knows it's a major selling point to get Christians from the pews to the polls.

"If  we can get elected, that's why I say on November 8, everyone has to get out and vote because four years ago evangelicals didn't get out and vote. Christians didn't vote," he said.

The business mogul is trying to change that by attending events like Thursday's Pastors and Pews conference -- and by showing a softer, more humble side.

"In your RNC acceptance speech, it was a really endearing moment, you thanked evangelicals for their support but you said, 'I don't necessarily always deserve it.' Why did you say that?" CBN's Jenna Browder asked.

"Well because I think I'm not perfect, and because I think I'm less perfect than some people," he replied. "But I have certain abilities that are good, like, being able to do things, and I think I'll be able to things that will be really great for the evangelicals and others and they understood that."

But some are willing to look beyond that.  In fact, many evangelical Christians believe that Trump has been chosen "for such a time as this."

But Trump shied away from the notion that this is a divine calling.

"But I can say this, that if I can do what I say I can do -- and I'm not only talking with the military and building it up and safety and security, 'cause our country is in bad shape in so many ways -- I'm talking, we can open up the voices of great people and the pastors and the ministers, and the priests and the rabbis and the people of religion. I think that will be something I will be so proud of," he said.

Divine calling or not, Trump says he's a friend to Christians.

And that's exactly what evangelicals want to hear. But Trump still has his work cut out for him. Most of these pastors who attended the conference are on board, but admit he wasn't their first choice.

While the attending the Pastors and Pews event was a move in the right direction for Trump, only time will tell if it translates in the polls.