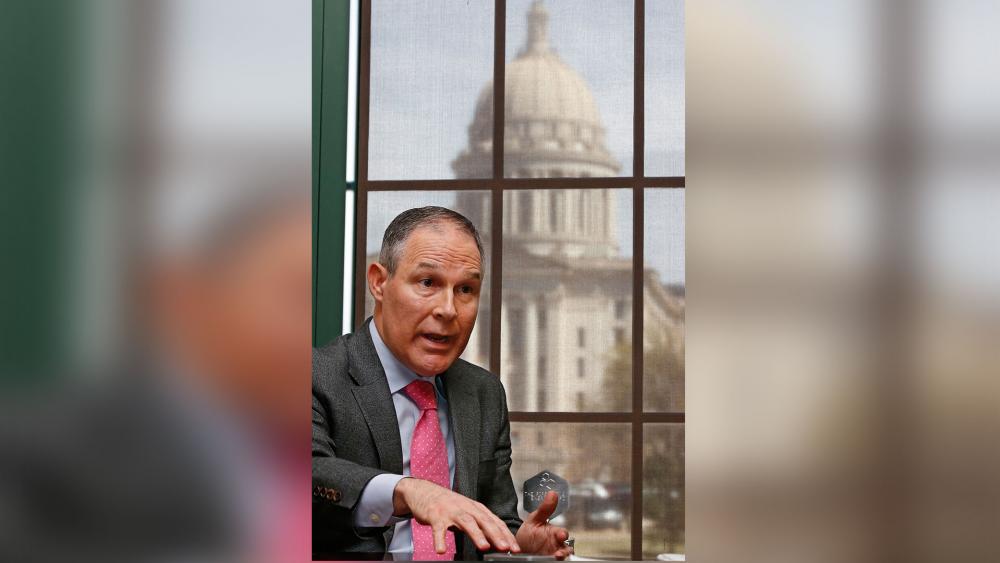 President-elect Donald Trump's pick to head the Environmental Protection Agency is running into stormy weather over his doubts about climate change.

Trump says Oklahoma Attorney General Scott Pruitt will be a "powerful advocate" for protecting the environment and for promoting "jobs, safety and opportunity."

Pruitt will focus on the core EPA mission of keep the air and water safe while refusing to fund what Trump calls an "out of control, anti-energy agenda."

Pruitt is known for his work fighting EPA regulations.  He's formed an alliance with a group of Republican attorney generals to defend states' rights and push back against federal environmental regulations supported by the Obama administration.

But mainstream media like The New York Times call Pruitt a "climate change denialist" and environmental groups are describing him as a puppet of polluters.  The Sierra Club described Pruitt's nomination as "putting an arsonist in charge of fighting fires."

Others are suggesting that people of faith, like Pruitt, in Trump's cabinet threaten to undermine the environment and science education because of their "unscientific" views.

Pruitt is an evangelical Christian and a deacon at his Baptist church in Broken Arrow, OK.

A wide range of conservatives are lauding the choice.  Jeb Bush tweeted that Pruitt will "reform an out-of-control EPA.  He'll bring common sense back to the agency."

Ian Tuttle, the Thomas L. Rhodes Fellow at the National Review Institute, wrote in National Review that Pruitt will serve as a mediator and help to balance the competing interests of business and the environment.  "That's not a 'threat to the planet'" Tuttle wrote, "that's good government."