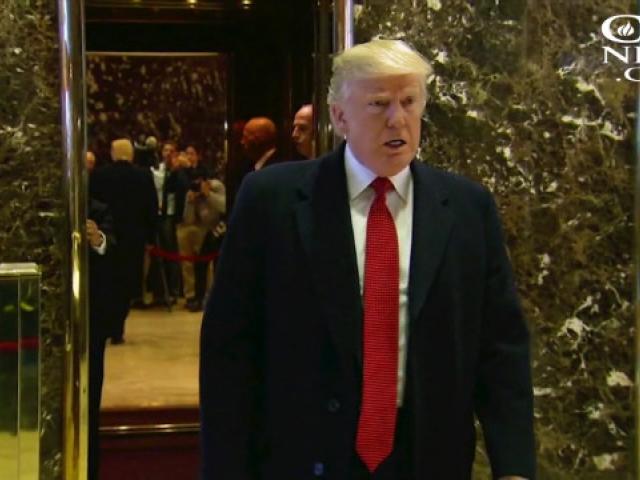 Things could be tense, as many of them overwhelmingly opposed him before the election. Key issues likely to be discussed will likely be jobs and immigration.

The tech industry relies heavily on immigrant workers, employing engineers and other employees from all over the world--and Trump has been critical of the skilled-worker visa program that makes it all possible.

"I will end forever the use of the H-1B as a cheap labor program, and institute an absolute requirement to hire American workers for every visa and immigration program. No exceptions," Trump said in a statement in March.

The tech summit will also likely discuss innovation and whether changes need to be made to the tax code to encourage more of it.

Trump also plans to meet, today, with Dr. Zeke Emanuel of Global Initiatives to discuss health care. Emanuel and his organization were among the key developers of Obama Care. A spokesman for Trump says he clearly wants to repeal Obamacare but is open to meetings like this to hear from all sides.

The President-elect will be talking about the economy with Andy Beal of Beal Bank and on the faith front--he's meeting with Paula White of Paula White Ministries.

Meanwhile, Trump's transition team has filled out most of the key players for his administration.