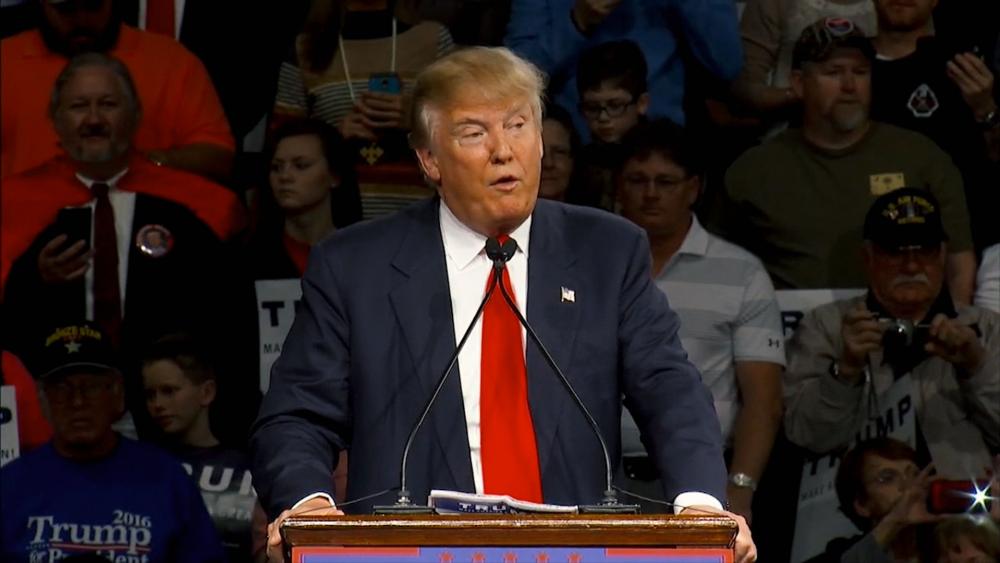 Chaos ensued on the floor in the aftermath. Despite shouting demands for a roll call from hundreds of anti-Trump protesters, the convention's presiding officer, Arkansas GOP Rep. Steve Womack, abruptly put the rules to a vote and declared them approved by voice.

"Call the roll, call the roll," opponents shouted. Practically drowning them out were chants of "USA, USA" by Trump supporters and party loyalists.

But the GOP convention week didn't start out with politics. It started with praise.

Thousands of Christians descended on the city praying for revival in America.

"The Bible says, 'If my people who humble themselves and pray, seek my face, turn from their wicked ways there will be a healing and hearing from heaven,'" one participant prayed.

It is comforting good news for those who understand that only Jesus saves and not Donald Trump or any other politician.

"It's not about political parties. It's not about denominational preferences. Today it's all about Jesus," Doug Stringer, with The Response: USA, said.

This week, however, it will be all about Donald Trump. He comes to Cleveland with one main goal: convincing skeptical voters that he's presidential material.

Picking Indiana Gov. Mike Pence as his vice presidential running mate seemed to help his cause on the credibility front, but evangelical leaders say it's going to take more than that.

"He's going to have to say things that evangelical and pro-life Catholic Christians want to go out and work for him and move into the marketplace," Lane said.

That heavy lifting begins this week. He's being outspent in key battleground states. With relatively high negatives among voters, he's trailing in some key states.

He also has work to do with minority outreach. But he's getting a boost from a key pastor.

Darrell Scott is pastor at New Spirit Revival Center in Cleveland. He's come out in support of Trump and will speak in primetime at the convention later this week. As a black man, he's taken lumps for supporting the controversial GOP nominee.

"You get the name calling because they don't know him and they let people accuse him of being racist and different things like that that he's not. And so then if you defend him, you're automatically a sellout or an Uncle Tom," Scott reflected.

Belinda Scott, his wife and co-pastor, has known Trump for years. She says they've seen him grow spiritually.

"He really is pursuing a deeper spiritual life. I can sense it," she said. "My prayer for Mr. Trump is that he will be more sensitive to God than he ever has before."

Also attending the service here in Cleveland is Trump supporter Omarosa Manigault. She gained fame for being a contestant on Trump's reality show "The Apprentice."

She's keenly aware of the racial tension in the air and is praying for calm this week.

"I call on the name of Jesus because I believe prayer changes things, but more importantly prayer changes hearts and so I believe we have to rise above partisan politics, petty debates and arguments and we have to unite as the American people," Manigault said.

The good news this week for Trump is there will be no official challenge to his nomination or controversy from some delegates.

But even though the storyline and situation appear be under control inside the arena, outside is a different matter. All bets are off as to what will transpire and whether violence might rear its ugly head.