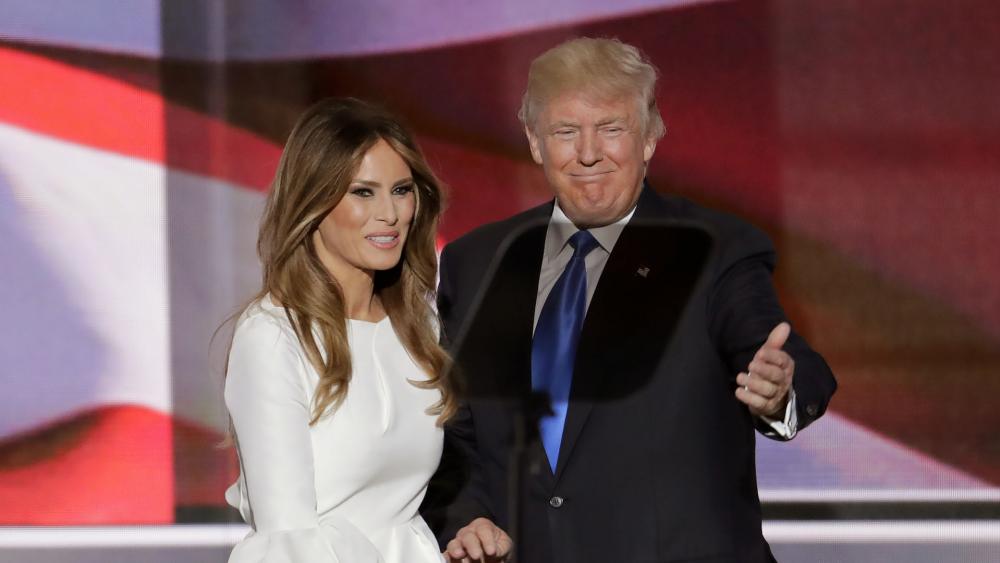 CBN's David Brody weighed in on the plagiarism controversy as well as the failed RNC coup on The 700 Club.

The GOP convention is just getting underway in Cleveland and already there has been plenty of controversy, from a failed attempt to stop Donald Trump from getting the nomination to accusations that parts of Melania Trump's speech were plagiarized.

Not long after the first night of speeches were over, social media heated up with with accusations that two passages were lifted nearly verbatim from Michelle Obama's 2008 Democratic National Convention address. Trump campaign staffer admits mistake. Click here for the latest.

But the Trump campaign dismissed the claims as being "absurd," saying no mistakes had been made with the speech.

Watch Melania Trump and Michelle Obama side by side:

"There were a few words on it, but they're not words that were unique words," Trump campaign chairman Paul Manafort told The Associated Press. "Ninety-nine percent of that speech talked about her being an immigrant and love of country and love of family and everything else."

Ralph Reed, founder and chairman of the Faith and Freedom Coalition, told Brody that he doesn't think it will hurt the Trump campaign.

"I mean maybe at this point, David I’m jaded, but ya know this is my tenth presidential campaign so I’ve dealt with so many of these faux crisis and flaps. Look, the bottom line is a beautiful woman who represents all the things we love about America the immigrant experience," he said.

"...The belief in America’s aspirational values, the ethic of hard work, the centrality of marriage and family, that was her story, and it came through as genuine, and it came through as authentic, this is a woman for whom English was not her first language, this is a woman who came to this country and fell in love with it, and joined it, and celebrates it, and that’s what people are going to walk away from," Reed continued.

"And ya know people don’t care about the fact that she might have said a few things that were similar to other speeches, I think the power of her testimony, and the authenticity of her witness was far more powerful than those few things," he concluded.

Before the accusations, the Republican faithful ended the first night of their convention as they started it - telling delegates and all Americans that presumptive GOP presidential nominee will "make America safe again."

The business mogul broke tradition at the Republican National Convention by appearing Monday night to introduce his wife to delegates.

"Ladies and gentlemen, it is my pleasure to introduce the next first lady of the United States, Melania Trump," Trump told delegates as he welcomed his wife to the stage.

She took the podium with the crowd cheering her as she told her story of how she came to America as a model, earned her citizenship and worked hard to earn a degree. She spoke of her parents, her love for them, and the strong work ethic they taught her.

"My parents impressed on me the value of that you work hard for what you want in life," she told her fellow Republicans.

"That your word is your bond and you do what you say and keep your promise, that you treat people with respect, show the values and morals in the daily life," she went on to say in the now controversial speech.

She then started talking about her husband's love for America. She said as long as she's known him, he's displayed a great love of country.

"If you want someone to fight for you and your country, I can assure you, he is the guy," Mrs. Trump said in her highest profile appearance of the presidential campaign.

Mrs. Trump was the first of several family members and friends who will take the stage in Cleveland during the convention that officially kicks of the businessman's general election battle with Democrat Hillary Clinton.

But many of the party's past and future stars are glaringly missing from the lineup, underscoring the concerns GOP leaders have with closely aligning themselves with Trump.

Trump's campaign noted the absence of some of the high-profile Republicans. However, it believes Republicans will come together behind their shared disdain for Clinton.

The theme of the night was "Make America Safe Again." Speaker after speaker from Duck Dynasty's Willie Robertson to actor Scott Baio... to politicians, family of Bengazi victims, veterans and police officers all took the stage and said that Trump would make America safe and great again.

Robertson, took the stage with an American flag bandanna wrapped around his head.

"No matter who you are, Donald Trump will have your back," Robertson said as he opened the evening program.

Republicans highlighted the deadly 2012 attacks on Americans in Benghazi, Libya, while Clinton was serving as secretary of state.

The story was told by numerous people including two of the survivors from the September 11, 2012 attack on the U.S. Embassy there - Mark Geist and John Tiegen.

Geist and Tiegen told of what they faced after ignoring a stand-down order from the state department. They said they couldn't respond to fellow soldiers and Americans in danger.

The mother of one of the victims choked back tears as she personally blamed Clinton for her son's death and accused her of giving a false explanation for the attack.

"If Hilary Clinton can't give us the truth, why should we give her the presidency," Pat Smith said.

Retired Navy SEALMarcus Luttrell speaks at the RNC after being introduced by Gov. Rick Perry:

The Obama administration's Fast and Furious failure was also relived by Kent Terry & Kelly Terry-Willis. They are the brother and sister of border patrol officer Brian Terry who was killed with a weapon that was part of the failed gun running operation.

The Justice Department allowed the guns to get into the hands of criminals and drug runners with the hopes of tracking them to drug cartels and arresting them. It didn't work.

In a congressional investigation after Terry's death, there was a dispute over the release of Justice Department documents related to the scandal. Attorney General Eric Holder became the first sitting member of the Cabinet of the United States to be held in contempt of Congress on June 28, 2012.

The convention comes amid a wrenching period of violence and unrest, both in the United States and around the world.

In a matter of weeks, Americans have seen deadly police shootings, a shocking ambush of police in Texas and escalating racial tensions across the nation.

The latest over the weekend when three police officers were killed in Baton Rouge, Louisiana, on the eve of the convention's opening day.

Former New York City Mayor Rudy Giuliani brought the crowd to their feet with his speech talking along the theme of "blue lives matter." He noted the violence recently against officers and cases where officers shot civilians. He said officers need to be respected and for those who die at the hands of officers where there is wrong-doing there should be punishment for those officers who are guilty and apologies for those who aren't.

He told delegates he's known Trump for 30 years and strongly defended the candidate's character, saying he was "sick and tired of the defamation of Donald Trump by the media and the Clinton campaign."

Speaker after speaker kept their message clear and consistent. Each talked of poor leadership by Hillary Clinton as Secretary of State and of the Obama administration.

"Hillary Clinton cannot be trusted. Her judgment and character are not suited to be sitting in the most powerful office in the world," said Sen. Joni Ernst, R-Iowa.

The night ended with a prayer by Pastor Paula White for the nation.

One scripture she referenced was from Isaiah 59:14-15, "So justice is driven back, and righteousness stands at a distance; truth has stumbled in the streets, honesty cannot enter. Truth is nowhere to be found, and whoever shuns evil becomes a prey." 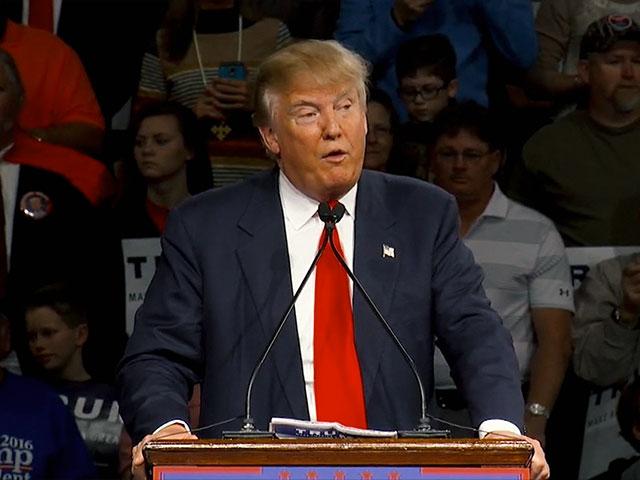