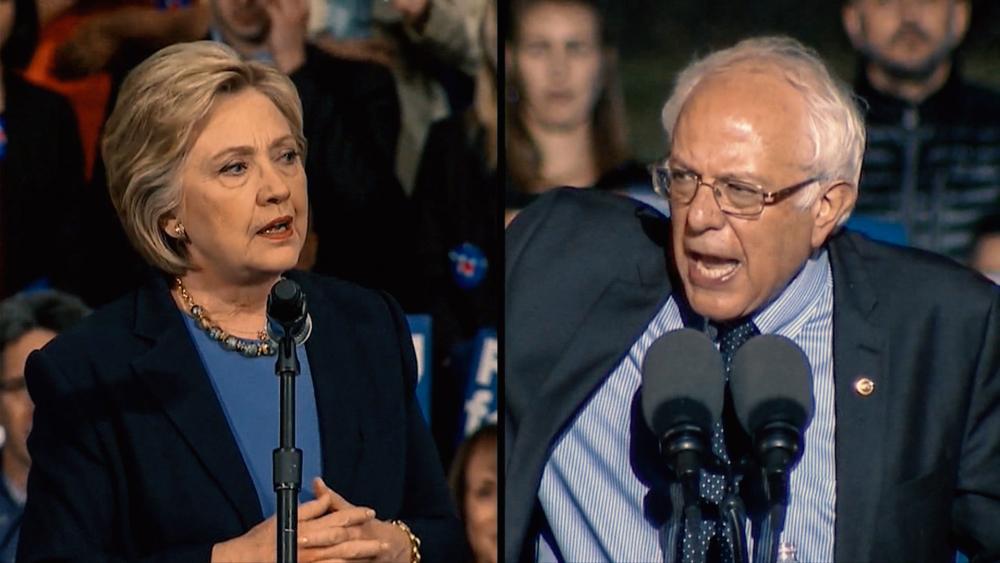 According to The Associated Press, the former secretary of state has the 2,383 delegates needed to clinch her party's nomination, with superdelegates putting her over the top before today's primaries even begin.

"We have a really important election now," Clinton said.

Still, she urged voters to head to the polls in the six states set to vote Tuesday, including the biggest, California.

"We're going to come out of the primary even stronger to take on Donald Trump," she told supporters.

Meanwhile, Bernie Sanders' campaign is accusing the media of rushing to judgment.

"It is wrong to count the votes of superdelegates before they actually vote at the convention this summer. Secretary Clinton does not have and will not have the requisite number of pledged delegates to secure the nomination," Sanders' spokesperson Michael Briggs said in a statement.

The superdelegates will not actually vote until July 25, and Sanders promises to spend the time until then convincing them that he is the stronger candidate.

Although the Vermont senator may be on his way out whether he's ready to admit it or not, he's leaving a lasting impact, pushing the Democratic Party left on economic issues and trying to change the party's platform on Israel.

Sanders would like the platform to include explicit references to the alleged Israeli occupation of Palestinian lands, recognizing a Palestinian state.

He's already named some pro-Palestinian representatives to the platform committee, including those who support the Boycott, Divestment and Sanctions (BDS) movement.

The movement aims to delegitimize the Jewish state. Pro-Israel Democrats say those changes in the party's platform would be dead on arrival.

But there are some indications the party's grassroots activists are already moving toward the Palestinian side and away from Israel.

A recent Pew Research Center analysis shows that for the first time in a decade the percentage of liberal Democrats sympathizing with Palestinians is greater than those aligning with Israel.

That division could ultimately lead to a fight at the Democratic National Convention to determine where the party's support lies.

But even if that doesn't happen, the split could be an indication that the Democrats may be moving toward more support for Palestinians and possibly less for Israel in the future.