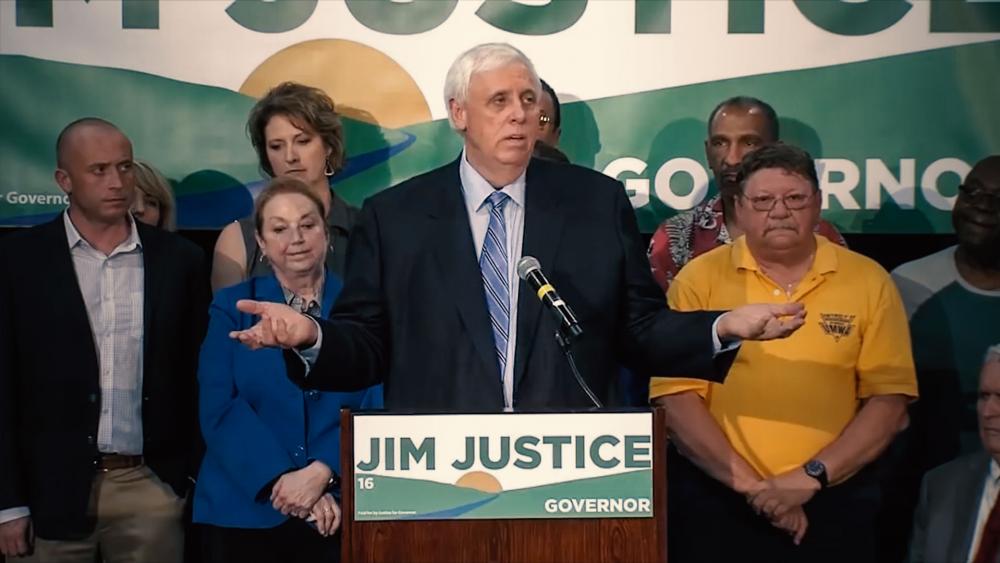 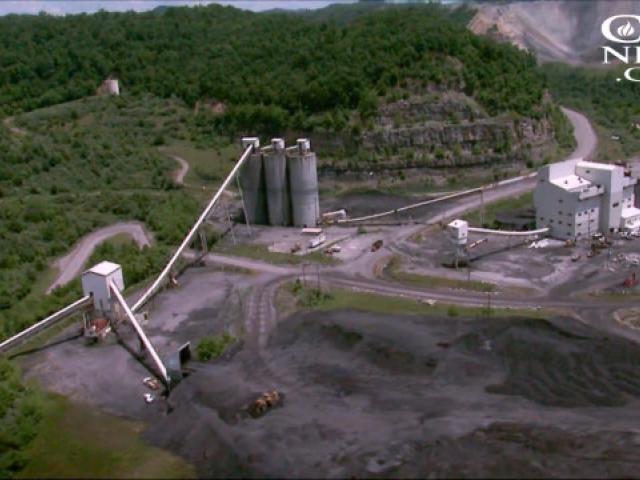 Jim Justice, a 65-year-old Democrat businessman, sailed to victory in November against his Republican rival, Bill Cole, even though they both campaigned hard against Hillary Clinton's war on coal.

Justice, who owns coal mines in five states, including several in West Virginia, had the edge because coal is his business.

"Our miners don't want a hand-out," the governor-elect told CBN's Wendy Griffith. "They just want to get their dinner bucket and go to work. It's such a small ask, so I'm going to do everything in my power to make it happen."

Several coal mines have come back to life recently, and Justice was a part of making that happen.

"If President-elect Trump gets us building roads and bridges and all the things that he surely says that he's wanting to do, that will only expand the demand for steel even greater. It's a resource that's unbelievable, the vastness of it, and we can't just give up," he said.

Justice owns more than 100 companies ranging from coal to cotton to timber. But he may be best known for saving the Greenbrier – one of America's most preeminent resorts – from bankruptcy in 2009.

Justice bought the luxury White Sulfur Springs resort for $20 million, hired back 650 laid-off employees, and gave them health and vacation benefits. He also expanded the resort to include a casino and a golf course that hosts a star-studded PGA tournament each year. Today the resort boasts more than 2,000 employees.

"All I really did was give these great people new life. They make me look better than I am every day and they would fight a grizzly bear for me because they know that I'd fight it for them," Justice told CBN News. "The whole strategy was just trying to infuse energy back into this great historical wonderful place and so that's what we did."

The similarities between Trump and Justice are hard to deny. They're both billionaire businessmen, they both ran as political outsiders, and they both have a record of creating jobs.

"Well, a lot of people make that comparison," Justice said.  "I don't know. Donald, from time to time can get a little out there – let's be fair."

"But the Trump family and I are great friends. I know Donald really well," he continued. "His son, Eric, was here probably a year and a half ago and we were back in my Suburban, way back in one of these mountains. I blew the tire out on the car and he was under the car changing the tire. What a wonderful young man and what a great family."

Like Trump, the six-foot-seven-inch Justice doesn't believe in doing anything small. When he opened a casino at the Greenbrier, he brought in Hollywood A-listers Jennifer Gardner, Ben Affleck, Jessica Simpson, Raquel Welch and more.

"We don't think big enough in West Virginia," Justice said. "We don't think about having the next Dollywood or the next Disney. We're too preoccupied with getting two air-boat jobs down on the New River, and we want those jobs, but we need to think bigger and I've got the ability, the contacts, and that's what I do. I dream big."

In June, the Greenbrier suffered a setback when flash floods claimed more than 20 lives in West Virginia, including 15 in Greenbrier County, where the resort is located.

"I've never seen anything like this," Justice told CBN News. "We found body after body down on the golf course."

Although the resort and golf course closed for business temporarily after the flooding, Justice opened the Greenbrier's doors to the area's many flood victims.

"We didn't have hot water, but we had cold water and we had a bed and we had some food," he recalled. "And many, many people walked in here that didn't even have shoes. Their house, everything's gone. And a lot of people say, 'That was a really great thing to do, Jim.' But it was only the right thing to do and it's what we as Christians should do. And it made me really happy."

'Proud to Say I'm a Christian'

When CBN News asked him about his Christian faith,  he told us his faith guides everything he does, all the time.

"I pray many times a day and read the Bible every single night before I go to bed," Justice said. "I'm very proud to say I'm a Christian – and that's not something we need to hide or be embarrassed about. When God is in your life, it just empowers you and you're not afraid. You feel Him there. He's there, and you just know He's there all the time. It's really good."

As West Virginia's only billionaire, Justice admits that his great wealth also brings with it great responsibility.

"I've made a lot of money, and I've turned around and invested that money back in West Virginia," he said. "I'm not interested in any way to have a great big pile of gold. I just think I have a real responsibility, and as long as the good Lord gives me breath, I'm going to keep trying to create jobs and do the things that I should do."

When he's not working, Justice is in the woods hunting grouse or deer. And for the past several years he's coached the local high school girls' and boys' basketball teams.

"I love kids, and they give me an energy and an insight, a lot of times, into things," he explained. "They just rejuvenate you in many ways."

Justice told us he plans to keep coaching this winter, even after he takes office. But he'll take a break afterwards to focus on running the state and delegate some of his business operations to his children.

The 800-Pound Gorilla in the Room

Meanwhile, he looks forward to taking the oath of office to become West Virginia's 36th governor and helping the state live up to its full potential.

"But coal is the 800-pound gorilla in the room in West Virginia, and it's always been that and it can be so good for us," he added. "But we have so many resources – I mean, natural gas – and our waters are unbelievable and our timbers unbelievable, but it goes on and on."

"We have four of the most beautiful seasons. It is an unbelievable place," he marveled.

"And the people are our treasure. They're craftsmen and they're faith-based and they're good people," Justice added. "We're within 600 miles of two-thirds of the population of the whole country. Everything is waiting on West Virginia."