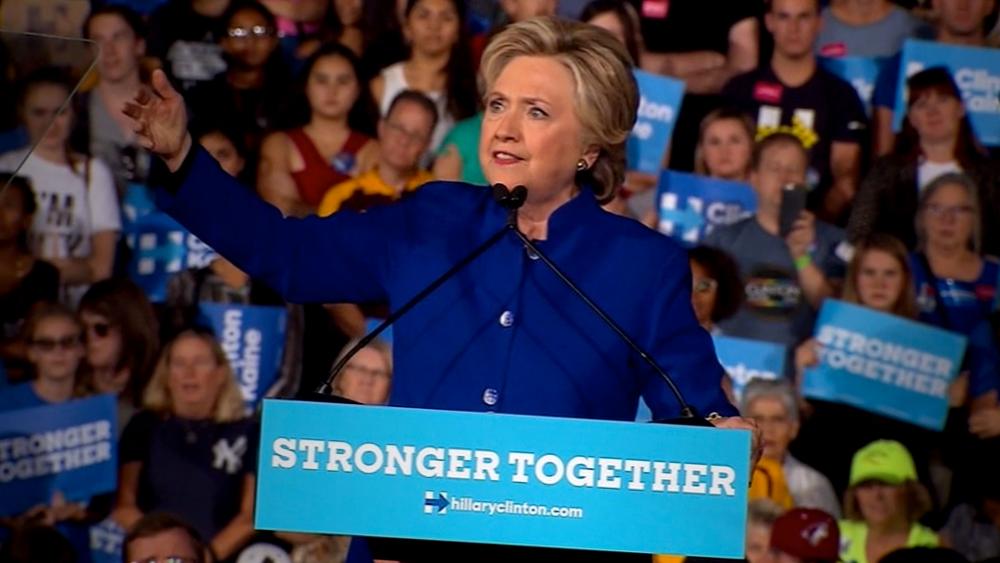 During a midday meeting with The New York Times, reporter Mike Grynbaum tweeted that Trump said "it's not something that I feel very strongly about" when asked if he would rule out prosecuting Clinton.

Trump is pressed if he has definitively ruled out prosecuting Hillary Clinton. "It's just not something that I feel very strongly about."

Grynbaum also tweeted that Trump said, "I don't want to hurt the Clintons, I really don't. She went through a lot and suffered greatly in many ways."

Kellyanne Conway, a senior advisor to Trump and former campaign manager, also said Tuesday that Trump will not pursue any further investigations of Hillary Clinton related to her use of a private email server while secretary of state, or her ethical practices at the Clinton Foundation.

Conway referenced the decision in response to a question about it from MSNBC "Morning Joe" host Joe Scarborough.

"We have breaking news this morning that Donald Trump's not going to be pursuing investigations against Hillary...Do you think he'll encourage Republicans on the Hill to stay away from that as well?" Scarborough asked Conway.

Conway responded, "I think when the president-elect--who's also the head of your party--tells you before he's even inaugurated that he doesn't wish to pursue these charges, it sends a very strong message, tone and content to the members."

Conway also noted that the decision may be good for Clinton. "If Donald Trump can help her heal--perhaps that's a good thing to do," she said.

During the campaign after the second debate in early October, Trump told Clinton, "If I win, I am going to instruct my attorney general to get a special prosecutor to look into your situation."

Trump also frequently talked about Clinton violating the law and needing to go to jail during campaign rallies.

Trump has not publicly commented on whether or not he will push prosecutors to investigate Clinton.

In response to Conway's remarks, Judicial Watch, a conservative watchdog group, is calling on Trump to investigate Clinton. President Tom Fitton said Trump "must commit his administration to a serious, independent investigation of the very serious Clinton national security, email and pay-to-play scandals."

Fitton warned that if Trump chooses not to investigate Clinton it would betray his promise to "drain the swamp" of corruption in Washington, D.C.