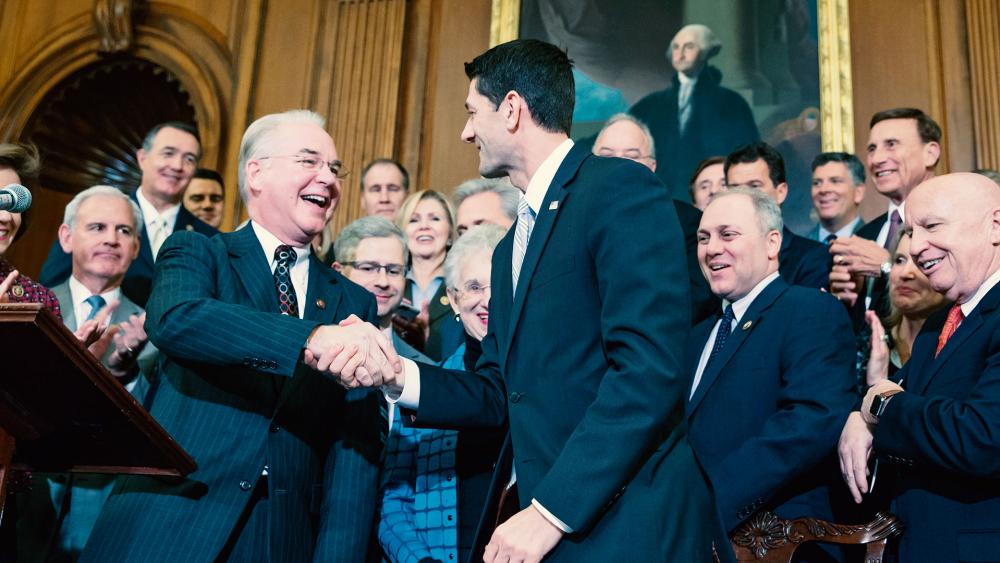 The new nominee to lead the Department of Health and Human Services may be just the person President-elect Donald Trump needs to dismantle the Affordable Care Act (ACA), also known as "Obamacare."

Rep. Tom Price, R-Ga., serves as chairman of the House Budget Committee.  He spent more than 20 years in the Atlanta area caring for patients at one of the nation's largest private orthopedic practices and he's one of very few Republicans who have actually proposed a replacement for Obamacare.

Trump made repealing Obamacare a central platform of his campaign and it resonated with many voters, especially after a government announcement in October about rising prices.

A new Gallup poll shows that most Americans want to see Obamacare either changed or repealed.  Forty-three percent say they want significant changes without repealing Obamacare and 37 percent want it repealed and replaced.  Just 14 percent want to keep Obamacare as it is.

In naming Price, Trump called him "a tireless problem solver and the go-to expert on health care policy, making him the ideal choice."

Price told The Wall Street Journal  this summer that the federal government should not be in charge of health care.

"The problem that I have with Obamacare is that its premise is that Washington knows best," he said.

As the Journal reports, Price's alternative legislation, the Empowering Patients First Act, gives refundable, age-adjusted tax credits for buying insurance to people who don't have access to coverage through an employer or government program.  It also allows those enrolled in programs like Medicare or Medicaid to opt out and receive tax credits towards the cost of private coverage.

Price is also known for his plans to transform Medicare and Medicaid.  He wants to transition Medicare from a program that delivers a defined set of benefits into a plan that would offer subsidies, like Obamacare does, for people to purchase health care directly from insurance companies.

Price also wants to raise the Medicare eligibility age to 67.

Regarding the Medicaid health program for the poor, Price supports sharply cutting it and turning it over to the state to manage.

When it comes to abortion, Price opposes federal funding for the practice as well as federal requirements that insurance plans cover contraception with no co-pay.

On Wednesday, Price will speak at the Brookings Institution in Washington, D.C. about his plans to retool the federal budget process.  The speech comes as part of his long-standing efforts to transform the process while serving as House budget chairman.

Committee staff director Rick May says that Price wants to increase transparency, reverse a bias towards spending and restore the congressional "power of the purse."