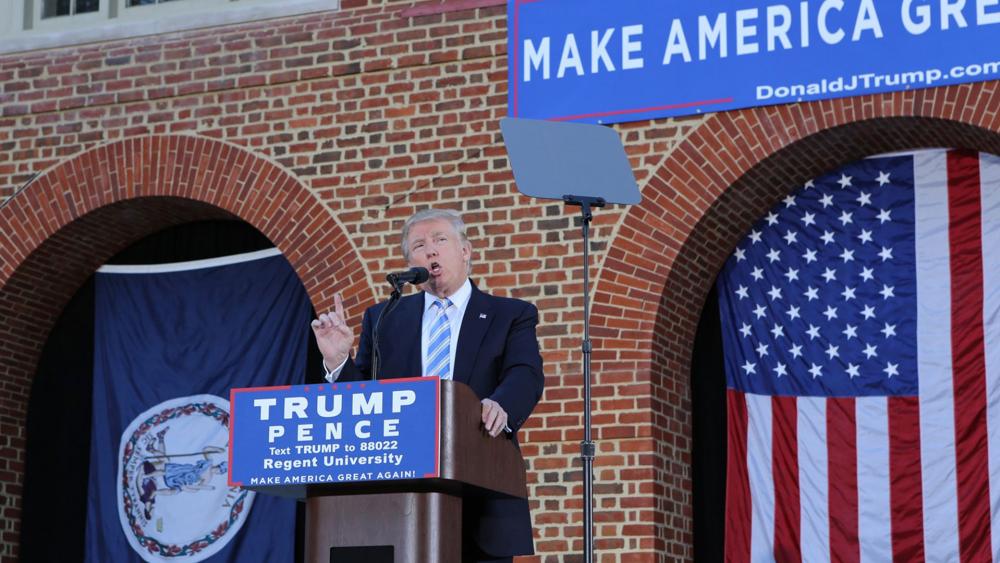 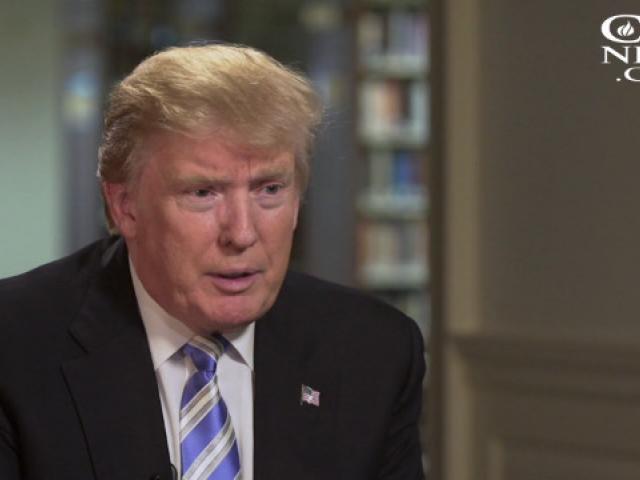 In an exclusive interview with CBN's Dr. Pat Robertson at Regent University, Donald Trump said that he will "without question" have women in his cabinet and in key positions in his administration.  He also spoke out against Hillary Clinton's support for partial-birth abortion and said that pastors and priests have called him to thank him for clearly explaining his position during the third and final debate between the two candidates.

The two men spoke prior to Trump's afternoon rally at Regent University, a Christian liberal arts college in Virginia Beach.

Trump spoke about hiring women as a key pattern in his professional life.  "I've probably had 50 percent or maybe even more than that in executive positions in the Trump organization," he said, "We are a very big company--very, very successful and they do a fantastic job."

He said he looks for energy, honesty, knowledge and the right "instincts" in his employees.

Trump said he will put "new people on the defense team" in his administration and said he will look to the example set by Justice Antonin Scalia when considering replacing Supreme Court justices.  "He was sort of a role model from the standpoint of what I'm looking to do in terms of replacing our judges," Trump told Robertson, noting that the next president will likely replace two justices and possibly even four.

Trump re-iterated that he will seek to appoint justices approved by the Federalist Society who are pro-life and support the Second amendment.

Trump spoke to a crowd of several thousand on the plaza outside of Regent University's library.  In a clear attempt to reach evangelicals, he said he will work to get rid of the Johnson Amendment.  The 1954 federal statute prohibits pastors and others in tax-exempt organizations, from endorsing or supporting political candidates.

Prior to speaking at Regent, Trump delivered a major address in Gettysburg, Pennsylvania.  He summarized his "100-Day Plan" of  key policy proposals, including lowering taxes and renegotiating major trade agreements like NAFTA.