What's at Stake If Christians Don't Vote? A Warning from Franklin Graham 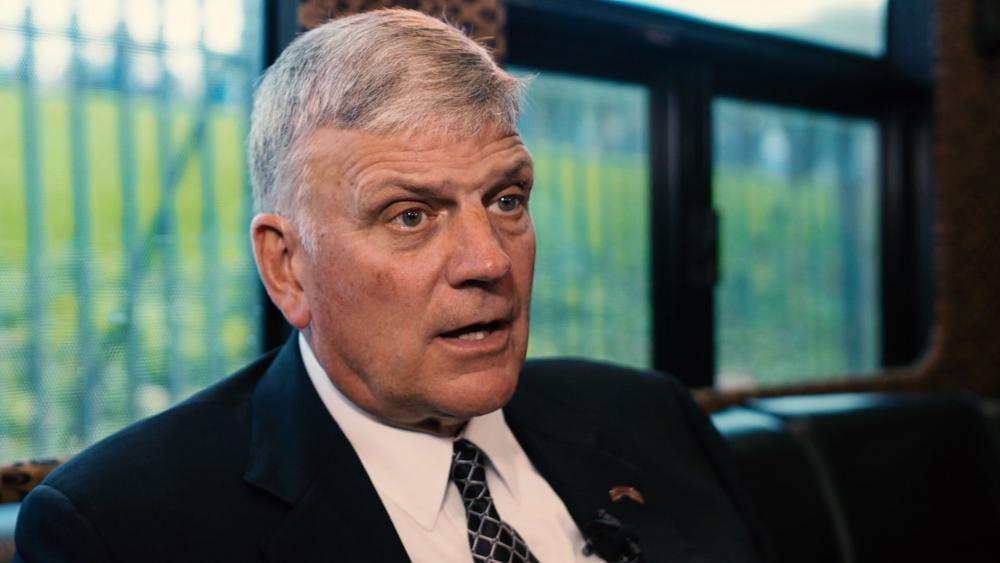 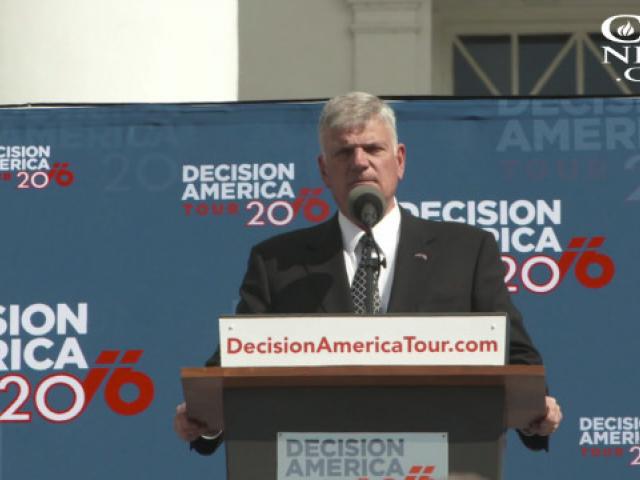 What's at Stake if Christians Don't Vote? A Warning from Franklin Graham

The son of evangelist Billy Graham is on a mission to wake up the Church and get them to vote. Franklin Graham has held prayer rallies in all 50 states as part of his Decision America Tour.

"The only hope for this country is God," Graham told the crowd of more than 8,000 on the grounds of the Virginia State House in Richmond this week. He led them in a time of Bible reading and prayer.

"As God brings to your thought, to your mind the sins that this nation has committed, let's confess these sins out loud to God right here on the steps of your capitol," he said.

It was also a time to rally voters. Graham said this is the most important election in his lifetime, telling the crowd it's all about the Supreme Court.

"During the next four years, there could be two, three -- possibly up to five justices could be appointed," Graham told CBN News. "That's huge, and it'll change the direction of our country."

"If the wrong justices, progressive justices, are appointed, it's finished for this nation," he continued.

In an interview with CBN News on his Decision America Tour bus, Graham said he doesn't want to tell people how to vote, but he does want them to head to the polls.

"If we sit at home -- 20 to 30 million sit home -- our country is finished," he said. "But if the Church will wake up, and if the Church will vote, and again, you're not voting for a person's personality; we're voting about putting a person in the White House that will appoint the right justices, and that's what this election is about."

That message struck a chord with those at the rally.

"I know the two candidates aren't the best choices on either side, but regardless, you have an obligation as an American to vote and be prayerful about it," Fran Carleton, a rally participant, told CBN News.

"And don't just think about the personalities, but think about what's at stake," she warned. "The Supreme Court is at stake here -- our way of life, in a matter of speaking, is at stake. So prayerfully decide and vote."