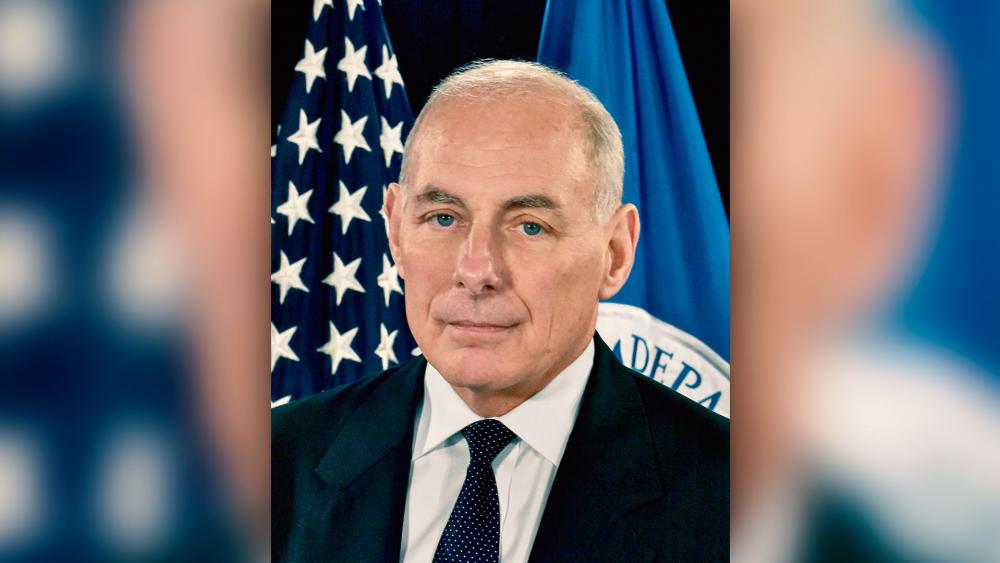 WASHINGTON -- In his first major public speaking appearance Tuesday, Homeland Security Secretary John Kelly laid out his department's strategic vision and priorities to protect America, warning that "we are a nation under attack."

Speaking on the campus of George Washington University, Kelly noted, "We are under attack from criminals who think their greed justifies raping young girls at knife point, dealing poison to our youth, or killing just for fun."

"We are under attack from people who hate us, hate our freedoms, hate our laws, hate our values, hate the way we simply live our lives," he added.

Kelly went on to outline threats to America from illegal drugs, to terrorists both here and aboard, and the internet.

Regarding critics of the Trump administration's immigration policies, the retired Marine general suggested they "shut up" and let his agents do their jobs.

"If lawmakers do not like the laws they've passed and we are charged to enforce — then they should have the courage and skill to change the laws," Kelly charged, drawing applause from the audience. "Otherwise, they should shut up and support the men and women on the front lines."

Kelly also didn't bite his tongue regarding the Obama administration, saying it had "discouraged" his employees from doing their jobs and tied their hands with bureaucracy.

He noted that the dramatic declines in illegal crossing along the U.S. southern border are directly linked to the Trump administration along with the men and women of the U.S. Homeland Security.

Kelly says even a simple marijuana possession, depending on other aspects would get a person into the system and could lead to the deportation of an illegal immigrant. He added that the more we push our borders out, the safer our homeland will be.

Leading the Charge on Cybersecurity

When dealing with cybersecurity, Kelly says his department is trying out a new approach to partner with private cyber businesses.

"We're leading the charge in upgrading outdated systems. Part of that is partnering with industry," he said.

"By integrating their cutting-edge, commercially-available technology with our interagency partner's unique capabilities, we can aggressively defend our federal networks against the endless stream of cyber-attacks," he explained.

Kelly said his department is working with the nation's most critical businesses to build its physical infrastructure. He says this helps ensure criminals and other bad actors can't disrupt the systems and networks that drive our American way of life.

Kelly ended his speech by saying, "Government can't do it by itself," warning that every day all Americans have to be vigilant and prepared.

"It's nonstop and relentless," he said. "You can't protect everything. We are here to partner."