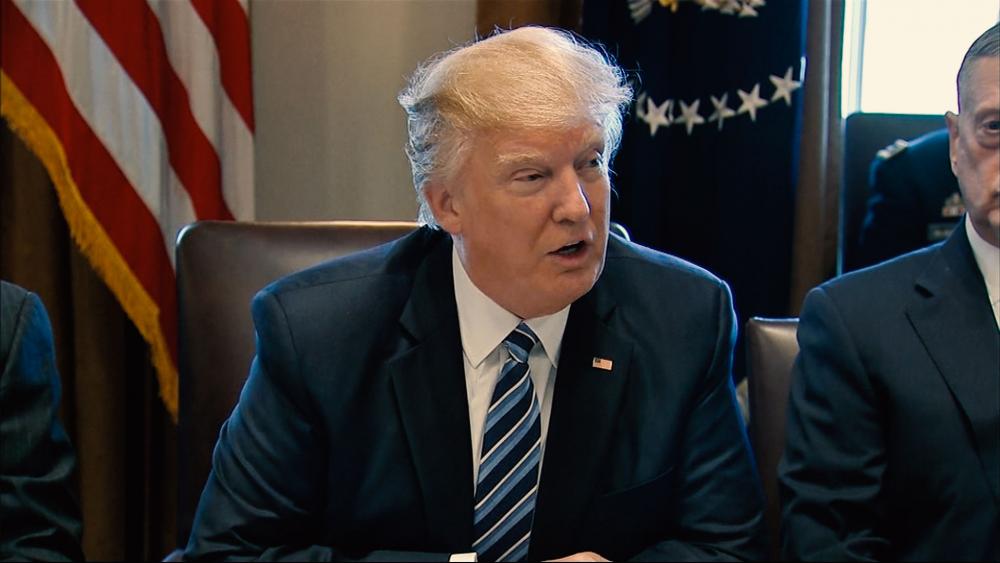 WASHINGTON – President Donald Trump made no direct mention of the Syrian bombing in his weekly address to the nation.

Instead, the president focused on immigration, recent meetings with world leaders and that 'America First' message that got him elected.

"In our dealings with other nations, our conversations have been candid, open, and grounded in mutual respect. I have been clear about advocating for the national interests of the United States, something so important to me, and so important to our people," said Trump.

"Making sure Assad knows that when he commits such despicable atrocities he will pay a price is the right thing to do," Schumer said in a statement.

On the GOP side, Sen. Rand Paul, R-KY, pointed out that such actions bypassed Congress.

"While we all condemn the atrocities in Syria, the United States was not attacked. The president needs congressional authorization for military action," Paul tweeted.

"It wasn't a symbolic measure. It was to destroy a specific air field that was of important strategic capacity for Assad, that had been used in the very chemical attack. So it had a very clear objective and they achieved that objective," Rubio defended.

General Jerry Boykin, former Undersecretary of Defense for George W. Bush, told CBN the strike on Syria was wasn't solely for Assad but to get the attention of other nations as well.

The death toll in that chemical attack has risen to almost 90 with more than four-hundred thousand Syrians killed since the war began in 2011.

Swedish police have arrested a man in connection with the Friday terrorist attack. Four people were killed and 15 injured when a truck crashed into a popular department store in Stockholm.  Investigators say the suspect was known to Swedish intelligence.

Healthcare: Take 2
Congressman Mark Meadows, R-N.C., tells CBN News that a vote on a new healthcare plan could come during the two week Easter recess and that House members would be willing to come back to make it happen.

Meadows is a member of the House Freedom Caucus, the group that put the brakes on the last attempt.

So what's different this time?

"I think there is room for optimism because we want to get it done on behalf of the American people and failure is not an option," Meadows assured.