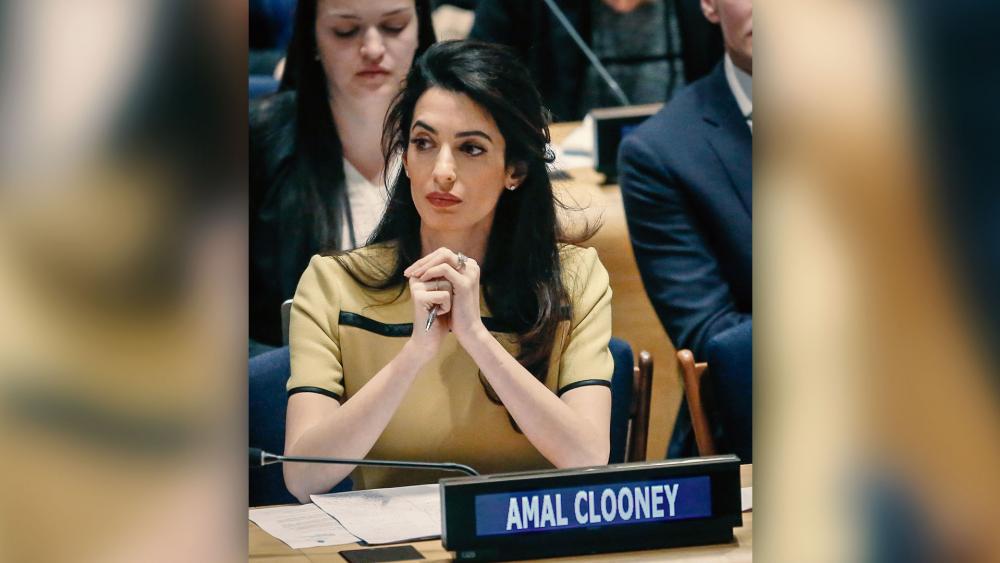 Amal Clooney AP
The Southern Poverty Law Center, which is led by a team of civil rights lawyers, was founded in 1971 to ensure the promise of the civil rights movement becoming a reality for all.  They have adopted what they call "The Intelligence Project," known for tracking and exposing the activities of hate groups and other extremists.
Over the past 20 years, SPLC has listed over 917 organizations as hate groups. Lately, that list has expanded beyond the Aryan Nation, considered an extremist group, to other conservative organizations, such as the Alliance Defending Freedom and the Family Research Council.
SPLC, is under intense criticism after placing retired neurosurgeon Ben Carson in their extremist file, only to apologize later for having him on a list with Neo-Confederates, and anti-Semites.
Kellie Fiedorek, legal counsel with Alliance Defending Freedom, commented on the media networks using SPLC as a credible source.
"Southern Poverty Law Center, has been discredited by all sides. Keep in mind, this is an organization that has gone after Catholics, they go after evangelicals, veterans, and even Muslims who oppose terrorism, they have even gone after nuns, calling all these groups hate groups, which is so far from the truth, and so it's really unfortunate that they lost their way and now have become an organization, violence inciting organization, and demonizing groups of people that do work for people of all faiths and backgrounds," Fiedorek said.
She added that she feels this type of mapping or categorization fuels violence in what might otherwise be peaceful demostrations.
"This needs to be a free market place of ideas where we can dialogue and embrace that  true diversity and true tolerance, that has made our nation so great!" Fieodorek concluded.