'The Nation's on the Line': Newt Gingrich Has a Spiritual Warning for Pastors 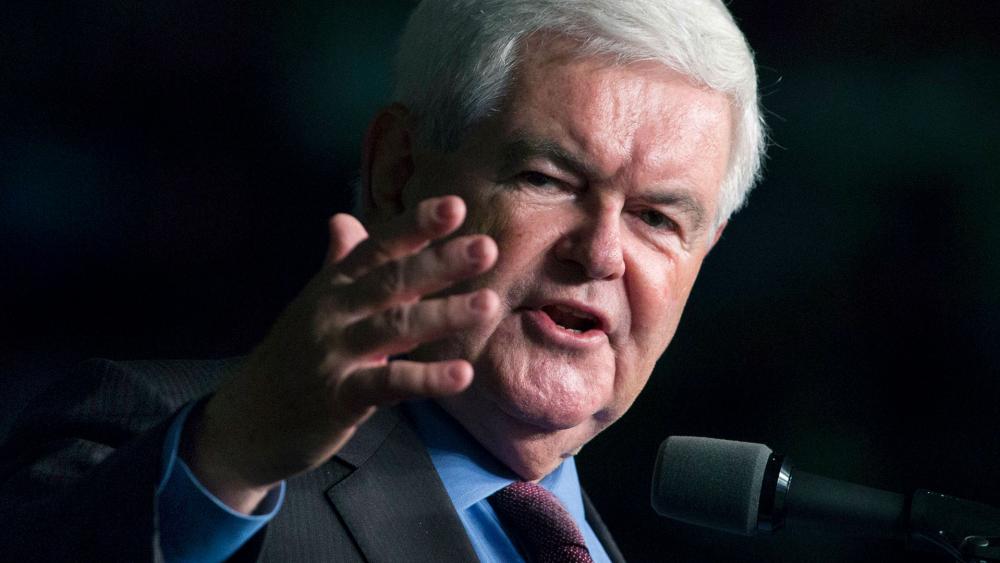 WASHINGTON -- Former House Speaker Newt Gingrich said of President Donald Trump Thursday, "We have in the White House today a president who is clearly committed to stopping the Left."

Gingrich was speaking during an online call with the American Renewal Project, a conservative organization encouraging pastors to get more involved in the political realm and bring their congregations along with them.

He had a dire warning about what would happen to the country if the tide turns in Washington and liberals take charge again.

Christian Values on the Line

"Remember: There are a lot of people on the other side, including in the elite news media, who deeply, deeply want President Trump to fail," he warned, "who deeply want our values to be wiped out by making them, frankly, illegal, and who are deeply committed to changing America in ways that would turn it into a country you and I would have no real knowledge of and no understanding of."

In an America where the political and cultural divisions seem to be widening, Gingrich pointed out Trump can make a real difference.

Gingrich suggested that on just the matter of judges and justices alone, Trump has already had a major impact, not only picking Supreme Court Justice Neil Gorsuch, but a number of judges who'll be affecting the laws for decades to come.

"He's had more judges approved already than Barack Obama had at this point," he said of the president.  "And all of Trump's judges are younger.  They're conservative.  They're going to be around a long time."

He admonished those who become discouraged with the president, "I'd ask all of you any time somebody starts to complain about Trump, just close their eyes and say to themselves the phrase 'President Hillary Clinton.'"

In a country where business owners consistently say in surveys that over-regulation hurts them more than over-taxation, Gingrich said of the president, "He's had a huge step in the right direction on the whole issue of de-regulation, where they have repealed 16 regulations for every new regulation."

He called that "the most remarkable de-regulatory period in American history."

But the economy needs more than that. Gingrich pleaded with pastors that they and their congregations must push their senators and representatives to pass a substantial tax cut by Thanksgiving.

He said such a move is crucial "to accelerate the economy and to give us an opportunity to have the kind of economic growth in the first half of next year that will enable us to go to the country as people who bring them prosperity, take-home pay and more jobs."

Gingrich added, "If that happens, then conservatism will do very well in the elections.  If that does not happen and we have a weak economy, we could end up with Nancy Pelosi, a radical, in charge of the judiciary committee, and a very, very difficult 2019 and 2020."

The former Georgia representative spoke of Trump's lofty dream for a prosperous America, saying "He wants to have a 50 percent bigger economic growth rate than we got at any point under Barack Obama for the last eight years.  And so he really understands the importance of jobs."

"As Ronald Reagan used to say, 'The best social program we have is called a paycheck.'  Letting people have dignity, letting people raise their families: I think that's a part of his dreaming big," Gingrich said.

$6 Trillion Spent and No Victory

When it comes to overseas, the influential conservative told the listening pastors of the commander in chief, "He's very committed to protecting Christians around the world and understands the threat to Christianity and to Judaism from things like ISIS and radical Islamic supremacists."

When it comes to war, he said Trump isn't happy with the way things have gone for America since the 9/11 attacks.

Gingrich said Trump's especially looking hard at the regions around Afghanistan and Iraq, "where we have been mired down now for 16 years, spent $6 trillion and thousands of young Americans killed and still haven't won."

"And ask the Lord that He would use them to bless the nation, to resurrect America," Lane requested.

Then he prayed, asking for God's mercy, "For what we have allowed in a nation founded for the glory of God and the advancement of the Christian faith.  We're asking for something that only the living God can do: a spiritual resurrection of America."

Lane prayed to Jesus, "And it's within Your grasp.  As You said to Lazarus three days in the grave dead, 'Lazarus, come forth.'  Lord, we ask that You speak revival in America."