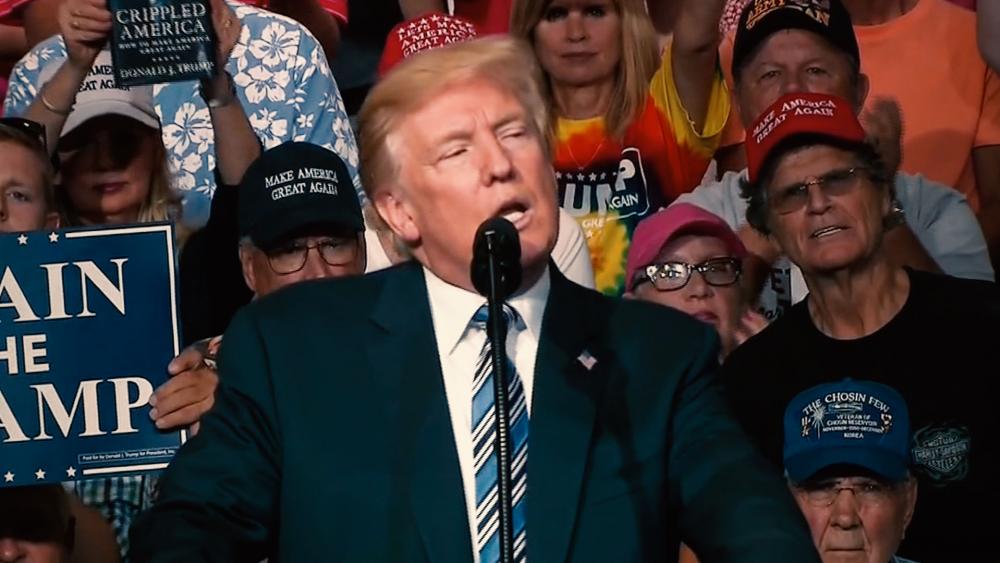 PHOENIX (AP) - Minor scuffles and shouting matches erupted between protesters and President Donald Trump's supporters on Tuesday with authorities on high alert as thousands of people lined up in the triple-digit heat to attend his first political rally since the violence in Charlottesville, Virginia.

The scene was noisy, but largely peaceful as Phoenix police kept most members of the two opposing groups behind barricades and apart on separate sides of the street. As a police helicopter hovered overhead, officers wearing riot gear and carrying rifles sauntered through the lane between the sides. Authorities said no one was arrested, though a few were treated for heat exhaustion.

Local authorities were vigilant in the aftermath of the deadly protests in Virginia and the president's comments last week about both sides having blame for violence at the white supremacist rally. Mayor Greg Stanton had unsuccessfully called on the president to not hold the rally here so soon after the trouble in Charlottesville.

"Toxic Trump," read one protest sign held up to the president's supporters streaming into the Phoenix Convention Center downtown.  "Lock Him Up!" read another, a reference to earlier campaign chants by Trump and his backers about his election rival Hillary Clinton.

Dillon Scott of Phoenix, who voted for Clinton, said he came out to express dissatisfaction with how long Trump took to denounce racism after the Charlottesville violence.

"No one should be allowed to get away with what he gets away with, especially in political office," Scott said.

Trump backer Randy Hutson, a retired Phoenix police officer, began standing in line more than seven hours before the speech was to start.  "He is the first president I feel in my lifetime that speaks his mind and speaks from the heart," Hutson said. "He says what needs to be said."

As the line to get in the venue moved ahead, the two groups shouted at each other and some skirmishes broke out. At one point, a Trump supporter and protester shoved each other.

John Brown, of an anti-Trump group calling itself the Redneck Revolt, wore military fatigues and had an AK-47 rifle strapped to his chest as he and a half dozen others from the group stood about 30 feet behind the barricade for protesters. He said they were there to protect Trump opponents and stand up to fascism. "He's offensive to me in every way," Brown said.

The outdoor temperature remained over 100 degrees as the rally began.

Capt. Rob McDade, spokesman for Phoenix Fire Department, says that as of 6 p.m. they had treated 26 people for heat-related problems, most of them for dehydration. He said that of those, two were adult women were taken to a hospital for further evaluation.

State Democratic leaders urged people who wanted to show their opposition to the president's policies to gather at a city-designated free speech zone near the site of the rally. State Democratic Party Chair Alexis Tameron joined other party leaders in urging peaceful protests.

The message to protesters echoed those coming from law enforcement and Stanton. Stanton said he expects protesters to be "civil, respectful and peaceful." Police Chief Jeri Williams says First Amendment rights will be supported but criminal conduct will be swiftly addressed.

But some of Trump's supporters were so keen to see the president that they began queuing up before dawn for the 7 p.m. rally.

"It's been on a bucket list of mine, since he became the president," said Kingman resident Diane Treon, who arrived at 4 a.m. "I wished I had attended one of his campaign rallies before he became president and I wanted to go to the inauguration. And truthfully it was the protests that kept me away."

Treon said she wishes protesters "would be a little more peaceful instead of violently rioting, which is happening in so many places" but isn't overly worried.