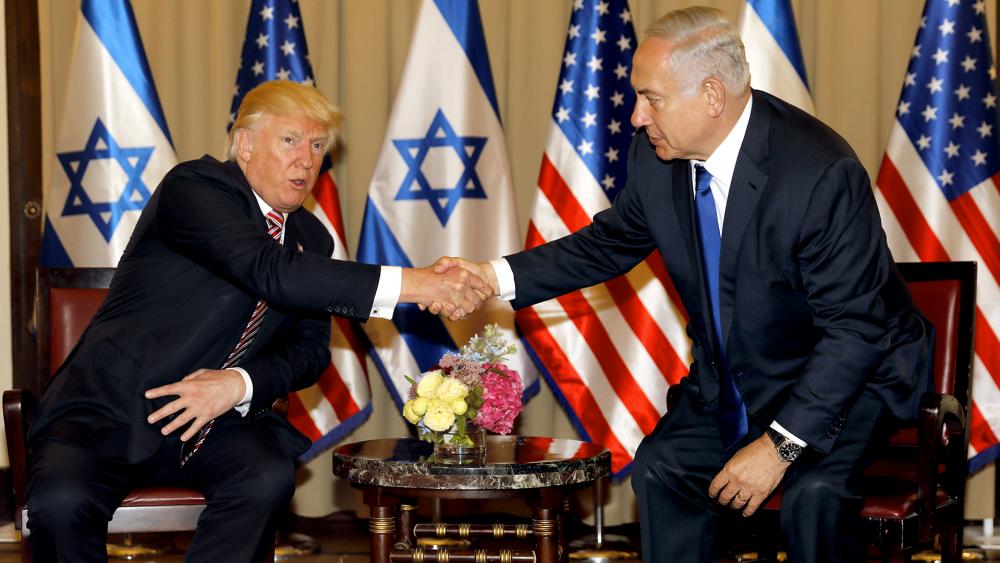 During the presidential campaign, Donald Trump made a lot of promises when it comes to US-Israel relations.

"I'm a newcomer to politics but not to backing the Jewish state," Trump told the crowd at AIPAC last year.

Right after the 2016 election, the UN Security Council passed a resolution sanctioning Israel over its settlements. The Obama administration decided not to veto that resolution.

Step one from President Trump: Take on the UN.

As to the U.N., things will be different after Jan. 20th.

Then the president appointed Nikki Haley ambassador to the UN. Haley has been a staunch defender of Israel, particularly when it comes to challenging the UN Security Council.

"The Security Council often makes the Middle East more complicated than it actually is. It obsesses over Israel. And it refuses to acknowledge one of the chief sources of conflict and killing in the Middle East – that is Iran and its partner militia Lebanese Hezbollah," Haley said before the UN.

In an interview with CBN News' Chief Political Correspondent David Brody, Haley explained her brewing relationship with the UN.

"I got mad, it was just unacceptable. And so what I did was I just called them out and just said, you know, 'I can't believe in times where we've got issues with North Korea and Syria and we're dealing with Russia and China you're gonna sit there and spend every single month like you have for the last 10 years on an Israel-bashing session.' It just blows my mind," explained Haley.

In a May press conference with Palestinian leader Mahmoud Abbas, President  Trump committed to brokering the ultimate deal between the Palestinians and the Israelis. So far, son-in-law Jared Kushner has led those efforts.

And of course there's the promise that has captured the world's attention today.

"We will move the American Embassy to the eternal capital of the Jewish people, Jerusalem," Trump told the crowds at AIPAC.

According to the Jerusalem Embassy Act of 1995, the embassy should have returned to Jerusalem by 1999.

In June, President Trump, like those who'd come before him, signed a waiver to forego that move. So it didn't happen.

However, Trump and his administration have repeatedly said when it comes to an embassy move, it's not if it happens but when.

That "when" came on Tuesday, when the Trump administration announced they will instruct the State Department to begin moving the embassy from Tel Aviv to Jerusalem.

That move is expected to take years. Until then, the president will continue to sign the waiver.