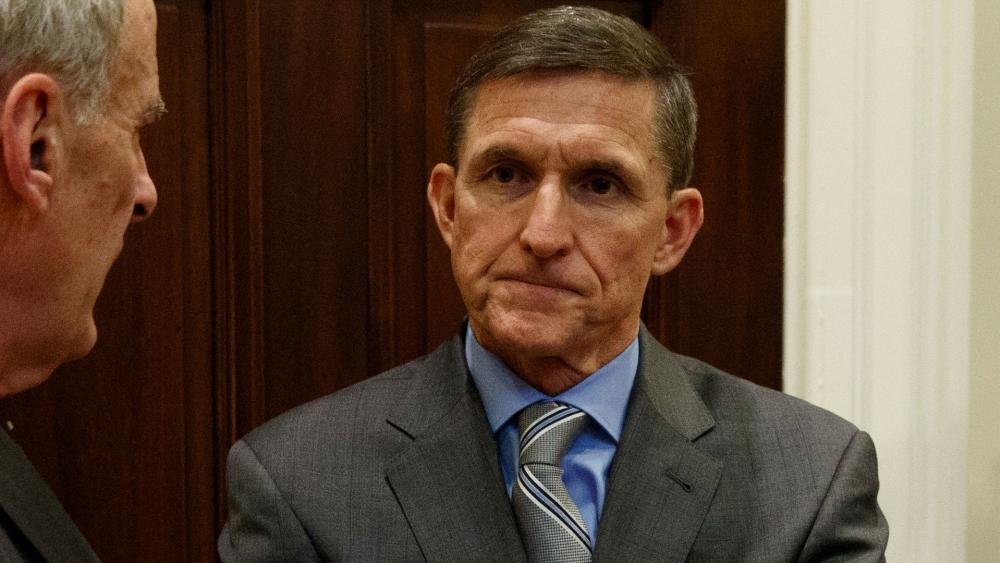 Flynn admitted to lying about his interactions with Russian ambassador Sergey Kislyak in December 2016.  The court filings from Flynn's plea hearing say a "very senior member" of Trump's transition team told him to meet with the Kislyak. According to the Associated Press, Jared Kushner was that senior member.

Though the charge carries a maximum of five years in prison, NBC News reports federal prosecutors not involved in the case doubt he will ever see the inside of a jail cell.

Moments after Flynn admitted making false statements to the FBI about his communications with Russia his naysayers lambasted him on social media decrying his part in what they call a conspiracy to win the White House.

Hollywood wasted no time denouncing Michael Flynn as several celebrities took to Twitter demanding he be "Locked Up."

Stars like John Cusack accused the retired United States Army Lieutenant General, and the President, of crimes against the country tweeting "Not collusion treason - If he - as candidate - asked for help from any foreign power to swing an election for ANY reason is a crime."

Comedian and former talk show host Arsenio Hall posted a photo of Flynn leading the chant "Lock Her Up" in regards to Secretary Hillary Clinton. Hall added, "Obama told Trump not to hire this guy."

One starlet, Jessica Chastain, known for movies like "The Help" and "The Martian" tweeted a cautionary proverb, 'Those who live in glass houses shouldn't throw stones.'

Still others suggest we should not take the leap from Flynn's guilty plea to collusion between Russia and the Trump administration.

Columnist Andrew McCarthy of the National Review writes this "a small-potatoes plea in Flynn's case."

He says "It is becoming increasingly palpable that, whatever "collusion" means, there was no actionable, conspiratorial complicity by the Trump campaign in the Kremlin's machinations."

Meanwhile Wall Street weighed in as well with stocks falling Friday.  According to CNBC, the S&P 500 declined 0.6 percent after falling more than one percent. The Nasdaq composite lagged, dropping 0.9 percent.

Market watchers are concerned that Flynn's admission could in some way link directly to the White House but other analysts don't think this recent guilty plea will stick to President Trump.