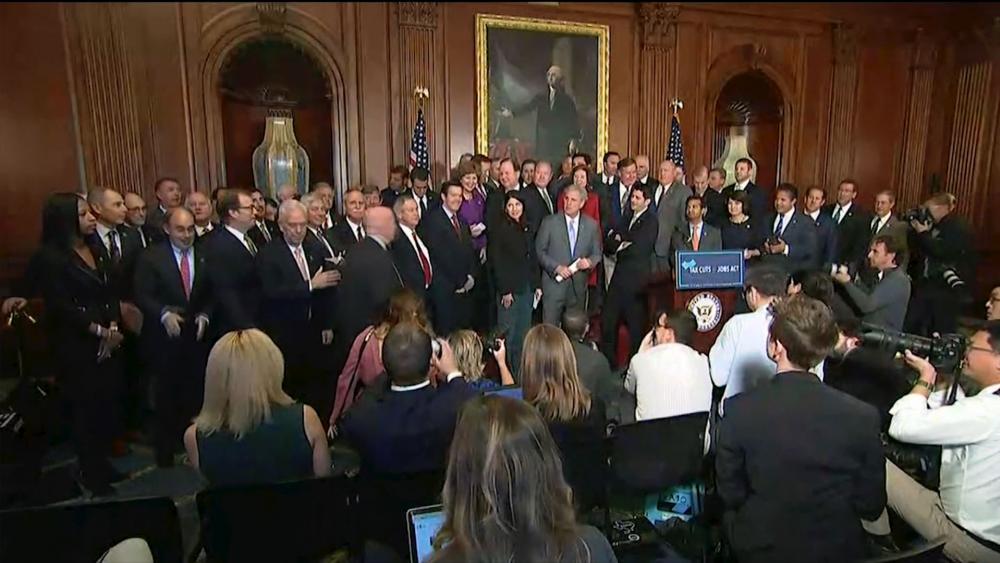 Christian lawmakers are hoping to restore the free speech rights of churches and non-profits through the tax plan. As of now, the House version of the bill includes language that repeals the Johnson Amendment, but the Senate version does not.

The Johnson Amendment forbids non-profit organizations, including churches and ministries, from supporting or opposing political candidates.

As both chambers head to conference to reach a final bill that will be voted on in both the House and Senate, sources close to the matter say there is a 50/50 chance a repeal of the Johnson Amendment will be in the final bill. One thing that makes them "cautiously optimistic" is that leadership in both the House and Senate are committed to repealing the Johnson Amendment.

"The heart of the First Amendment obviously is religious liberties and being able to express those beliefs in the public square," Hice told CBN News. "The core of that has got to be in our churches, in our houses of worship, and the centerpiece of that is the pulpit. And with the Johnson Amendment, as it currently is, it allows the government to censor and literally police what is said in the pulpits of America and that is as unconstitutional as it can be."

"This repeal of the Johnson amendment will take away that authority of the IRS and our government to police speech in the pulpits of America and that is a huge, huge step in the positive direction for religious liberty," continued Hice.

And leading the repeal efforts on the Senate side are Senators Orrin Hatch (R-Utah) and James Lankford (R-OK).

"We feel very good about protecting the free speech rights of every American regardless of their faith, for profit, nonprofit status, whatever it may be, we feel like this is going to be the opportunity to repair this," Lankford told CBN News.