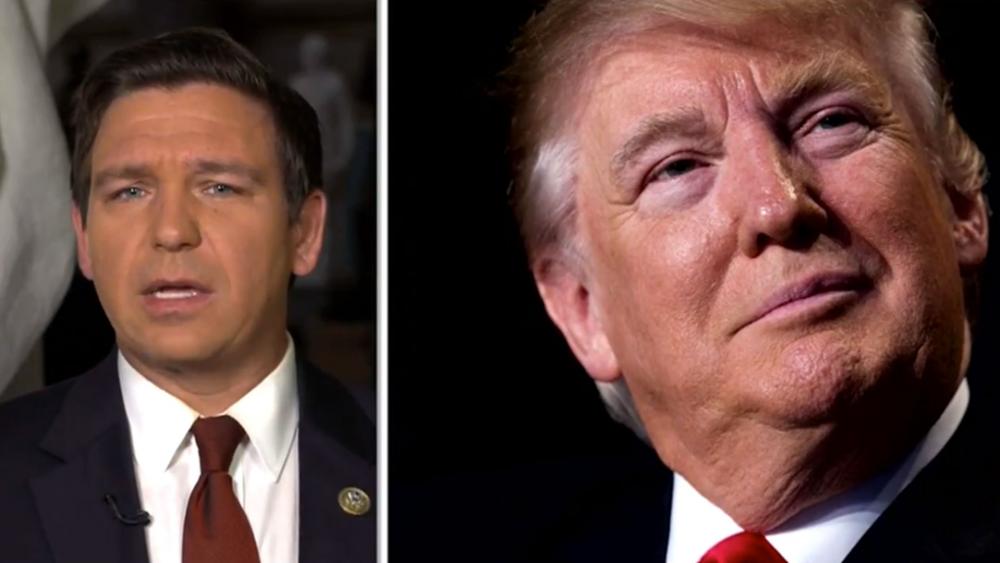 When it comes to the threats Arab nations have made regarding President Donald Trump's plans to recognize Jerusalem as the capital of Israel, Rep. Ron DeSantis, R-Fla., says America must "do the right thing regardless of the consequences."

He discussed the president's move during an appearance on "The 700 Club" Wednesday.

Some Arabs are threatening a "day of rage" if the president goes through with his plans.

"I don't think the Saudis and the Emirates and some of these countries are going to jeopardize the alliance with the United States vis-a-vis Iran simply because we're recognizing Jerusalem as the capital, which, by the way, has been in our law for over 20 years," Rep. DeSantis told 700 Club host Pat Robertson.

Congress passed the Jerusalem Embassy Act in 1995, which declared Jerusalem as the capital city of Israel and says the U.S. embassy should be located there.

Critics say recognizing Jerusalem and moving the embassy will jeopardize the peace process.

"What kind of peace process do you have when Palestinian Arabs will pay salaries and pensions to the families of members who murder Israelis? Not only that, but they name streets after these terrorists, they name sports stadiums after them, and so there's something really sick going on with Palestinian Arab society, and the last thing we should be doing is having the American taxpayer underwrite that so this will defund that," DeSantis said.

He's referring to the Taylor Force Act passed by the House this week. The bill aims to keep Palestinian leaders from making payments to terrorists killing Jews and others. It's named for Taylor Force, an American stabbed to death by a terrorist in Tel Aviv last year.

DeSantis is a staunch supporter of moving the embassy to Jerusalem. Earlier this year he scoped out potential locations for the embassy in his role as chairman of the Subcommittee on National Security in the House Committee on Oversight and Reform.

"If we get tough on the tax dollars, recognize Jerusalem, that's sending a clear signal to the Palestinian Arabs that we're not going to reward them for bad behavior any longer," he says.