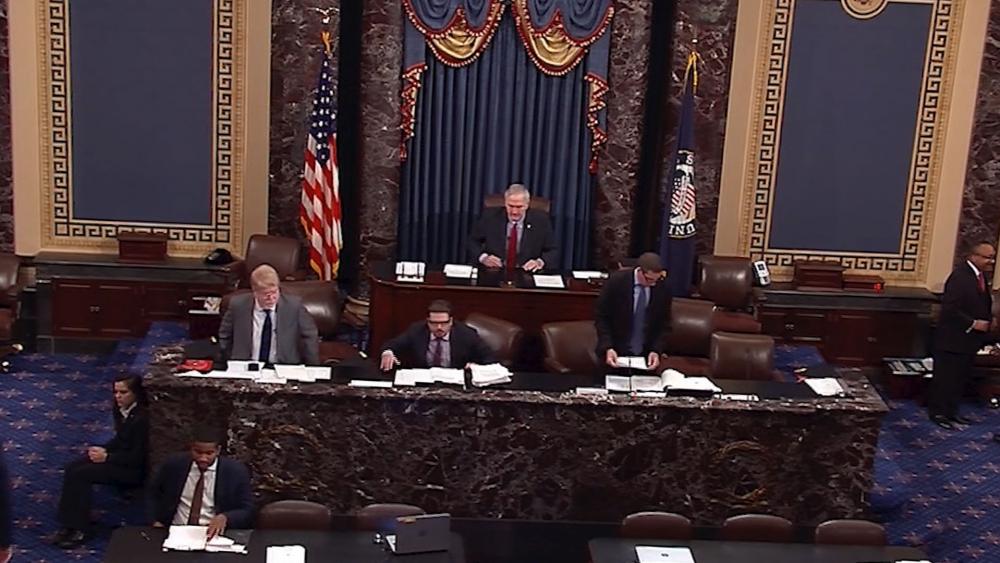 WASHINGTON, D.C. - These next 14 days before Christmas will be intense for President Donald Trump and Republicans in Congress.
Lawmakers must tackle a smorgasbord of tax reform, federal spending and immigration.

House and Senate leaders are working to reconcile their bills to pass the first major overhaul of the U.S. tax system since Ronald Reagan was in the White House.

Both bills cut taxes by $1.5 trillion over the next 10 years offering cuts to both corporations and individuals.

Under the plans homeowners could deduct $10,000 in local property taxes. However, a sticking point has been how to console lawmakers from high tax states like New York, New Jersey and California where residents would be hit hard by the elimination of the federal deduction for state and local taxes.

"There's a lot of conversation around the fact that in some of the blue states where the taxes are high, the property tax alone, they will not be able to use the $10,000 possible deductions," Sen. Tim Scott, R-S.C., said on NBC's "Meet the Press with Chuck Todd" on Sunday. "So allowing for income and property taxes, which would cost another $100 billion by the way, to be options for folks in those states would be a better solution. And we're looking at ways to make that happen."

The president and Republicans on Capitol Hill desperately want to begin the New Year with a legislative victory after their failed attempts to dismantle Obamacare.

Republicans are also working with Democrats to try to avoid a holiday government shutdown.

The big sticking points are how much to spend on the military and domestic agencies.

Congress also must address how much disaster aid to allocate to Florida, Texas and Puerto Rico. Last month President Trump requested $44 billion. Lawmakers from the affected regions say that's not enough and it doesn't include the amount it will cost to rebuild Puerto Rico's electric grid and infrastructure.

They also have to address the Children's Health Insurance Program or CHIP, which ran out of money in October. More than eight million children depend on it for low cost medical care. Keeping it afloat will cost about $14 billion a year.

If all that wasn't enough to tackle in the span of two weeks, lawmakers are throwing immigration policy into the mix.

"We will not leave here without a DACA fix," said Minority Leader Nancy Pelosi, D-Calif., referring to the Deferred Action for Childhood Arrivals program.

The so-called Dreamers face the possibility of deportation after President Trump reversed protections put in place by President Barack Obama.

Republicans would rather wait to address the issue, but since they'll most likely need Democrats to vote for the spending bill they'll probably have to work out a deal with Pelosi.