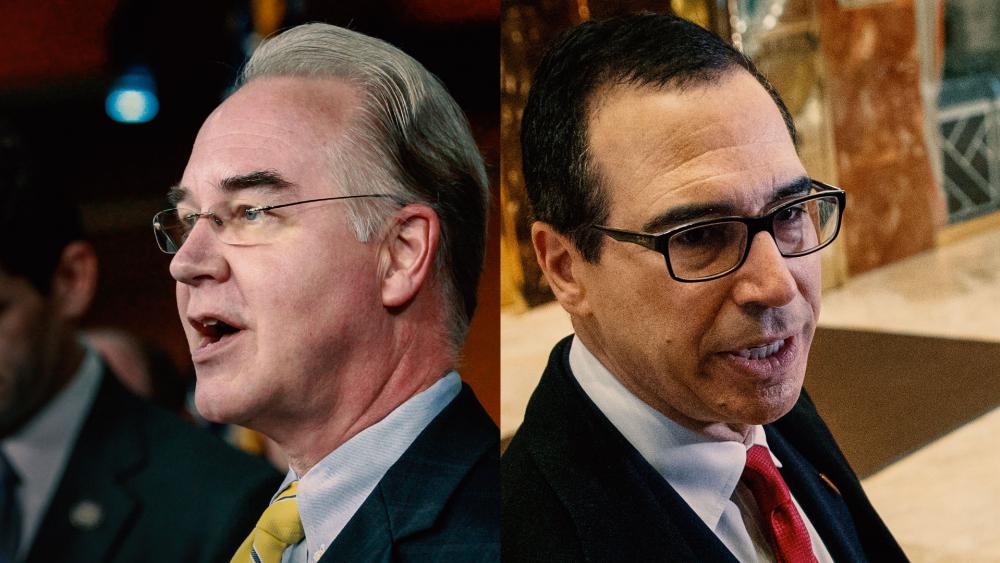 Senate Democrats have refused to take part in committee votes Tuesday on two of President Donald Trump's cabinet nominees, which effectively puts on hold their consideration.

They also refused to attend a vote for Steven Mnuchin, Trump's choice for secretary of the Treasury Department.

The two were among some of the more controversial nominees.

Democrats demanded more details on the past financial actions of Price and Mnuchin. They say the two have misled lawmakers about their backgrounds.

Sen. Debbie Stabenow, D-Mich., said the men would have jobs "that directly affect peoples' lives every day. The truth matters," according to The Associated Press.

Republicans were angered by the move, with committee Chairman Orrin Hatch, R-Utah, saying Democrats "ought to stop posturing and acting like idiots."

"I can't understand why senators, who know we're going to have these two people go through, can't support the committee," Hatch told The Hill. "Some of this is because they just don't like the president."

The Heritage Foundation's "Heritage on the Hill" Twitter account quotes several Republican senators blasting the behavior of their Democrat colleagues.

.@SenJohnThune: "Simply obstructing this vote from proceeding is a level of obstructionism I've not seen in my time here."

And Sen. Pat Roberts accused Democrats of a "juvenile stunt."

Democrats should show up to the Finance Committee and vote up or down on Price and Mnuchin. Enough with the juvenile stunts. @GOPSenFinance

Hatch said he would attempt to hold a vote later Tuesday, according to The Hill.