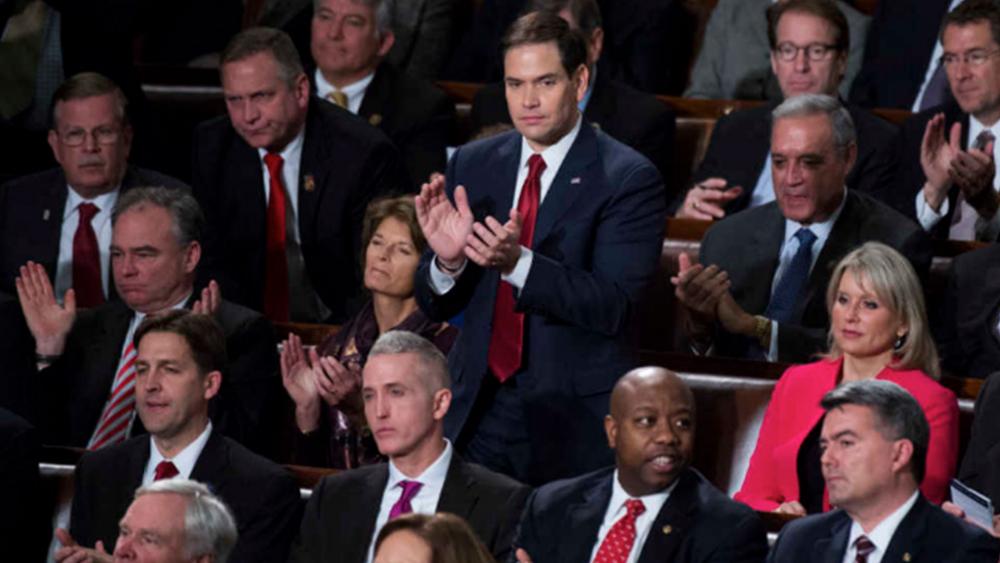 Faithwire.com - “I don’t know of a civilization in the history of the world that’s been able to solve its problems when half the people in a country absolutely hate the other half of the people in that country.”

That’s just a small tasted of the speech Marco Rubio gave on the Senate floor earlier this week.

Rubio is relatively new to the Senate, compared to many of his colleagues on both sides of the aisle. He’s under the age of 50, and just starting his second term in office. One could argue, that just goes to show age is simply a number, because, while no one was watching, he quickly became the most mature adult in Congress.

Marco Rubio’s eight-minute speech on the Senate floor, aimed at both his Republican and Democrat colleagues’ seeming inability to hold a civil debate was heard by few. While distracted by the outrage over the Elizabeth Warren “silencing” — Rubio delivered some partisan-free wisdom from what has lately been a Senate floor of name-calling and division.

“It’s easy, of course, to roll your eyes at Rubio. He, of course, is someone of considerable political ambition,” Chris Cillizza of the Washington Post writes. “But simply because Rubio is a politician doesn’t mean that what he says should be dismissed out of hand. What Rubio is reacting to is something I hear time and time again when I talk to people about politics. When did “reasonable people can disagree” stop being something we believed in? Why can’t genuine debate not descend into name-calling? Why is confrontation the only way the two parties — and their leading politicians — seem to interact these days?”

Regardless of your politics, who you voted for, or what your personal opinion of Rubio is, if you miss being able to have a civil, rational conversation with someone who disagrees with your personal politics, spend eight minutes listening to what the Florida Senator had to say…and maybe, pass it on to a friend.

About Sara Johnson: Responsible for all of Faithwire's social things. My puppy is far more interesting than I am. #ProTip: Don't tweet when you're angry.