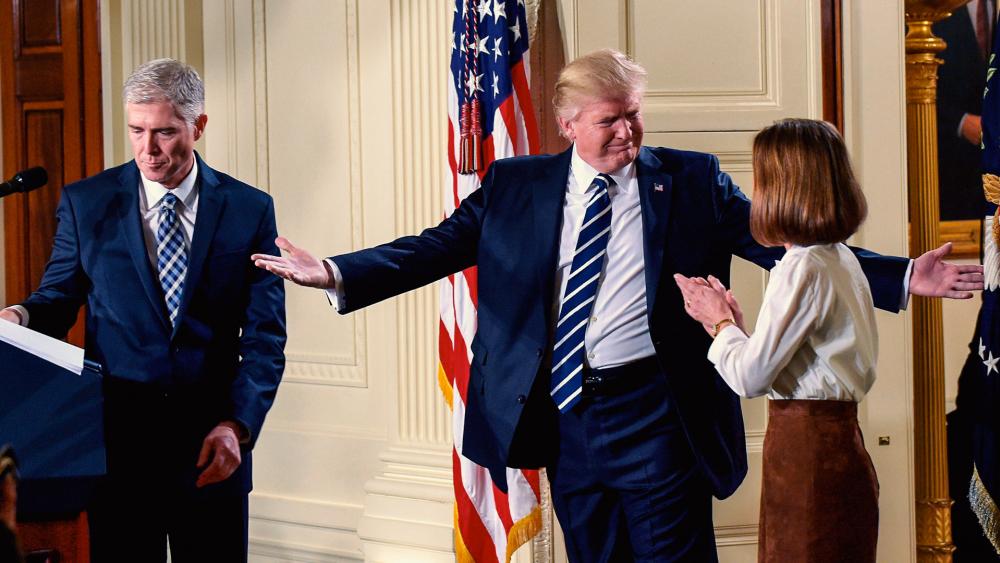 President Donald Trump's Supreme Court nominee, Neil Gorsuch, is a favorite among Christian conservatives and fulfills the president's promise to select a judge that "evangelical Christians will love" and who stands a solid chance of getting Senate approval.

The 49-year-old attended Catholic schools growing up, studying at the Jesuit-run Georgetown Preparatory School before going on to Columbia, Harvard and Oxford.

While at Oxford he studied under Australian legal philosopher John Finnis, who converted to Catholicism in 1962. Finnis later became a member of the Vatican's International Theological Commission and his work there is believed to have influenced St. Pope John Paul II's 1993 encyclical Veritatis Splendor on the importance of moral absolutes.

Gorsuch now attends an Episcopal church. If confirmed, he would be the high court's only Protestant justice.

Gorsuch accepted what he called "a most solemn assignment," remarking, "I am so thankful for my family, my friends, and my faith. These are the things that keep me grounded in life's peaks and sustain me in its valleys."

Moment of prayer last night after my nomination of Judge Neil Gorsuch for #SCOTUS. It was an honor having Maureen and Fr. Scalia join us. pic.twitter.com/caYOwmeMuG

As a federal judge in Colorado, Gorsuch has supported religious groups against the U.S. government. He ruled in favor of both Hobby Lobby and The Little Sisters of the Poor in their fights to be exempt from the contraception mandate in the Affordable Care Act.

"All of us face the problem of complicity. All of us must answer for ourselves whether and to what degree we are willing to be involved in the wrongdoing of others," he wrote in his decision. "For some, religion provides an essential source of guidance both about what constitutes wrongful conduct and the degree to which those who assist others in committing wrongful conduct themselves bear moral culpability."

Gorsuch is expected to make decisions that are in line with Catholic doctrine just as his predecessor, Judge Antonin Scalia, was known for.

University of Denver law professor Justin Marceau told The Denver Post that Gorsuch would be Scalia's "intellectual equal and almost certainly his equal on conservative jurisprudential approaches to criminal justice and social justice issues that are bound to keep coming up in the country."

While Gorsuch has never ruled in an abortion-related case, he wrote about the value of life in his book titled, The Future of Assisted Suicide and Euthanasia, where he argued for maintaining laws against assisted suicide and euthanasia.

"All human beings are intrinsically valuable and the intentional taking of human life by private persons is always wrong," he wrote. "The law…doesn't just apply to protect popular religious beliefs: it does perhaps its most important work in protecting unpopular religious beliefs, vindicating this nation's long-held aspiration to serve as a refuge of religious tolerance."

Rev. Franklin Graham took to Facebook asking Christians to pray that God will overrule anyone who tries to block the confirmation of Gorsuch, calling the nominee "an excellent choice whose decisions will be guided by the original intentions of the U.S. Constitution and who will not try to legislate from the bench." 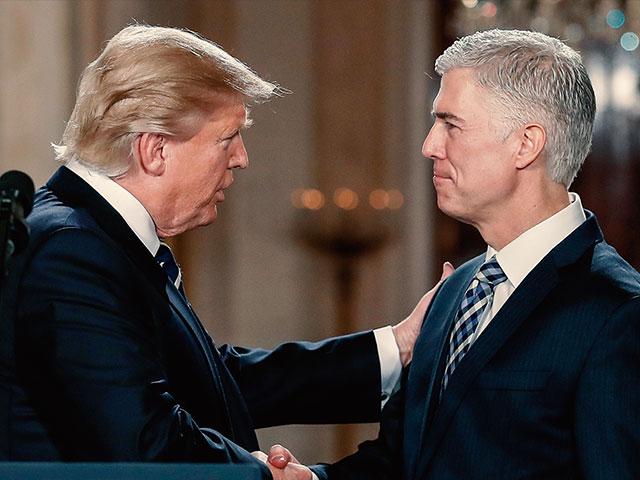