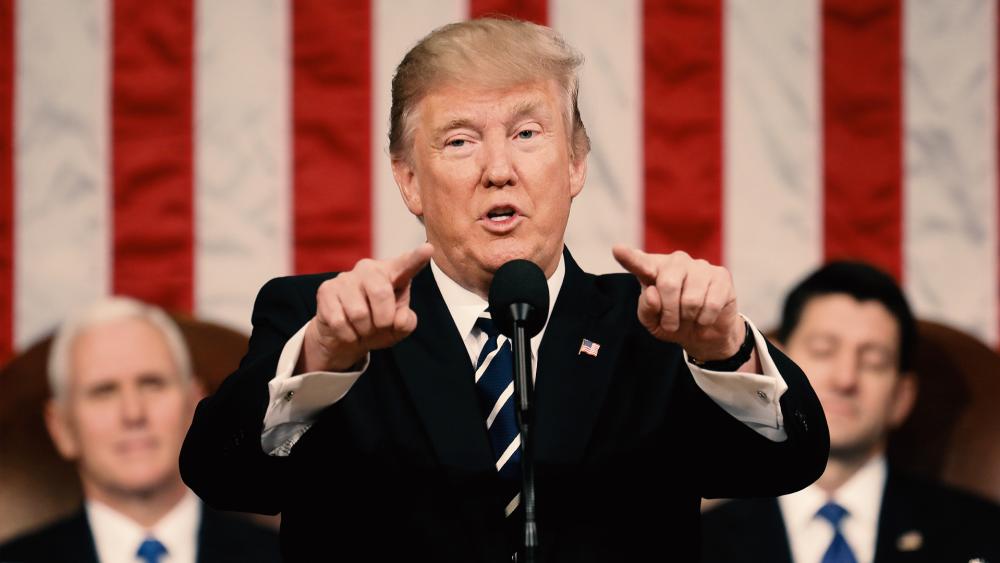 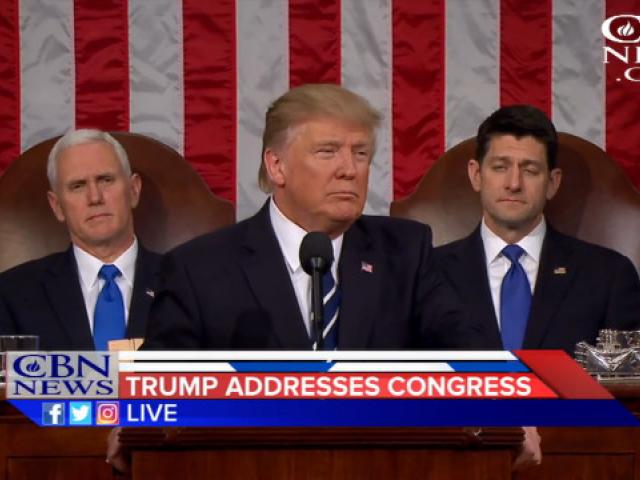 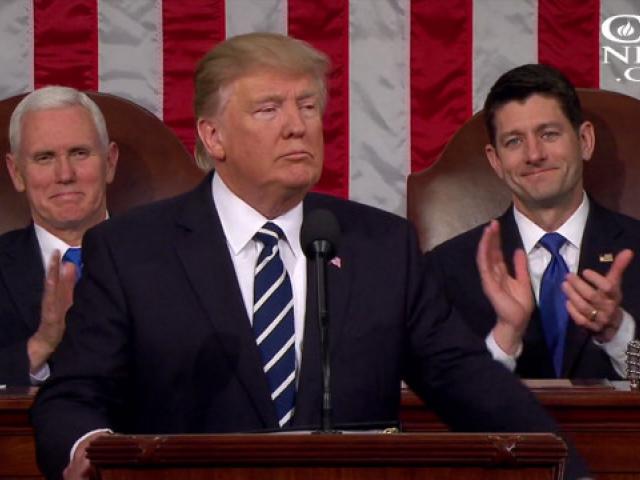 Watch Above: President Trump's speech to Congress, the Democratic response, and CBN News analysis from our Washington Studio.

WASHINGTON – In his first address to Congress, President Donald Trump looked to inspire unity in a nation still badly severed from an intense election.

"As we mark the conclusion of our celebration of Black History Month, we are reminded of our nation's path toward civil rights and the work that still remains," Trump began.

An opening line that was met with spirited applause throughout the chamber.

"Recent threats targeting Jewish Community Centers and vandalism of Jewish cemeteries, as well as last week's shooting in Kansas City, remind us that while we may be a nation divided on policies, we are a country that stands united in condemning hate and evil in all its forms," he continued, touching on two occurrences that have loomed over the administration and the nation for weeks.

Moments of Unity
Lawmakers on both sides of the aisle were able to rally behind other issues, including childcare.

"My administration wants to work with members in both parties to make childcare accessible and affordable, to help ensure new parents have Paid Family Leave, "Trump declared.

Immigration
But he also echoed the more divisive themes heard throughout the campaign including immigration.

"My Administration has answered the pleas of the American people for immigration enforcement and border security," explained Trump calling, once again, to "build the wall" along the southern border.

"By finally enforcing our immigration laws, we will raise wages, help the unemployed, save billions of dollars, and make our communities safer for everyone," he continued.

As expected, this was met with jeers from Congressional Democrats, many of whom were joined by people directly affected by Trump's immigration policy.

But when it comes to the need for immigration reform, the White House had a few guests of their own.
First Lady Melania Trump was joined by Jessica Davis and Susan Oliver, widows of police officers killed by undocumented immigrants.

The Economy
When it comes to the nation's economy, the president says the White House is already making strides to promote growth.

"We have withdrawn the United States from the job-killing Trans-Pacific Partnership," he continued.

"We have cleared the way for the construction of the Keystone and Dakota Access Pipelines, thereby creating tens of thousands of jobs and I've issued a new directive that new American Pipelines be made with American Steel," the president said to applause from both sides of the aisle.

Terrorism
President Trump doubled down on extreme vetting from certain countries, but noted that vetting procedures had been "improved."

"It is not compassionate, but reckless, to allow uncontrolled entry from places where proper vetting cannot occur,"
said Trump.

"Those given the high honor of admission to the United States should support this country and love its people," he continued.

He also gave a hard notice to terrorists, specifically ISIS.

"I directed the Department of Defense to develop a plan to demolish and destroy ISIS, a network of lawless savages that have slaughtered Muslims and Christians," Trump said.

Trump also reiterated his support of Israel, "I have also imposed new sanctions on entities and individuals who support Iran's ballistic missile program, and reaffirmed our unbreakable alliance with the State of Israel."

The Affordable Care Act
Perhaps, the most divisive issue of the night came from the President's idea to repeal and replace Obamacare.

This call was met with thumbs down and boos from Congressional democrats.

Trump went on to say people with pre-existing conditions have to have access to coverage.

SCOTUS
Maureen McCarthy Scalia, the widow of Justice Antonin Scalia, wiped away tears as the president expressed his gratitude for her presence and honored her late husband.

He also restated the need for Congress to approve his Supreme Court pick.

"To fill his (Scalia) seat, we have chosen Judge Neil Gorsuch, a man of incredible skill, and deep devotion to the law," Trump urged.

Military Support
The greatest applause of the evening, wasn't for the president but for Carryn Owens, the widow of U.S. Navy Special Operator, Senior Chief William "Ryan" Owens.

Owens was killed during a raid in Yemen last month.

"As the bible teaches us, there is no greater act of love than to lay down one's life for one's friends. Ryan laid down his life for his friends,for his country," Trump said.

The president also praised NATO but said America's NATO partners need to do their part to support the alliance as well.

The Democratic response was two fold, one from DREAMer Astrid Silva and another from former Kentucky Governor Steve Beshear.

"The America I love has always been about looking forward, not backward," Beshear said.

He went on to remind Trump of his obligation when it comes to Americans depending on the Affordable Care Act.

"Folks here in Kentucky expect you to keep your word…it's life and death for people," Beshear warned.

"We worship in the pews with them on Sunday morning…before the ACA they woke up every morning and went to work hoping and praying they didn't get sick," said Beshear.

But Beshear also touched on the need for unity.

Watch Wednesday's The 700 Club for more coverage and analysis of the president's speech. 10 a.m. EST on Freeform. 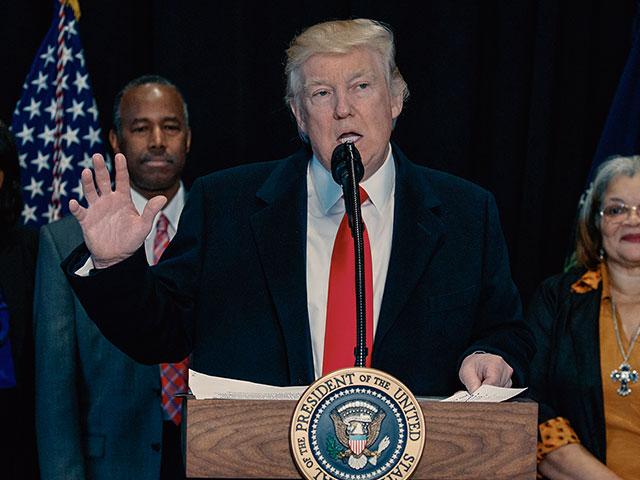