'We Are Living History': 4 Famous Pastors Have a Message About Trump and America's Future 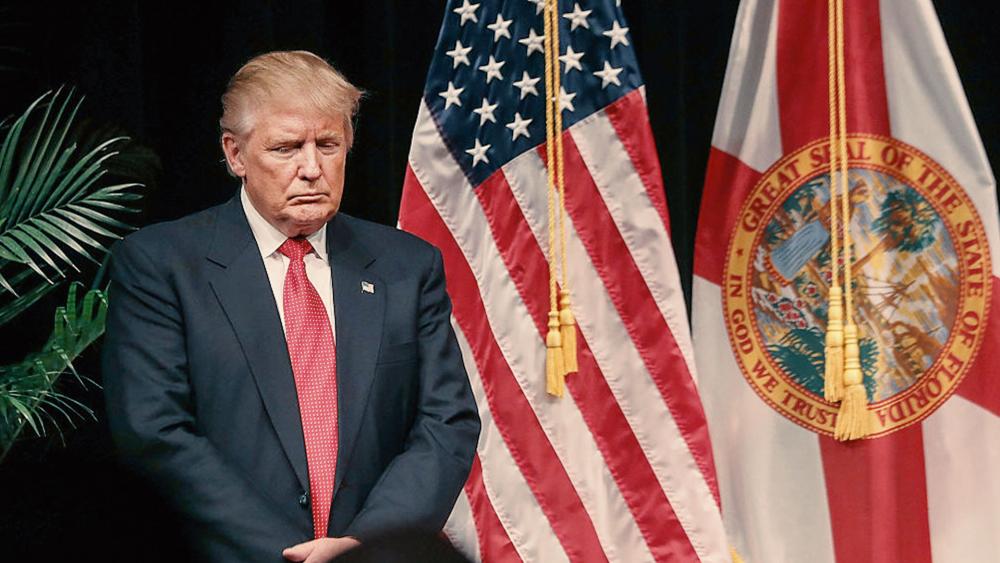 A long list of faith leaders will take part in the historic National Prayer Service on Jan. 21, a religious tradition dating back to the nation's founding that brings together diverse religious preachers and the new president and vice-president to focus on prayer and reflection the day after the inauguration.

And this year's event reportedly sets a record for the number of evangelicals who are set to participate, with the interfaith ceremony slated to unfold at 10 a.m. ET on Saturday at the Washington National Cathedral — an inaugural tradition that dates back to George Washington, America's first president.

According to a press statement from the Presidential Inaugural Committee, the event seeks to "unite and uplift," featuring "hymns, readings and prayers."

READ: Mike Pence Plans to Take the Oath of Office on a Very Specific Bible Verse

Four of the evangelical Christian pastors who will take part in the event — Dr. David Jeremiah, Dr. Jack Graham, Dr. Ronnie Floyd and Pastor Greg Laurie — released statements this week expressing their gratitude for being included, and urging the country to turn more fervently to God.

"I am deeply honored and grateful to be participating in the National Prayer Service to be held at the National Cathedral, and I am so pleased to be reading from Romans 5:1-5," Dr. David Jeremiah, senior pastor of Shadow Mountain Community Church in El Cajon, California, said in the statement. "The book of Romans also reminds us that there is no authority except from God."

Jeremiah said the book also informs Christians that people in authority are "God's instruments for good," and went on to note that 1 Timothy 2 asks believers to pray for those in power.

"As a pastor and as an American, I am humbled by the prospect of supporting the new administration in this sacred way and on behalf of the entire nation," he added.

Dr. Ronnie Floyd, senior pastor of Cross Church in Arkansas and former head of the Southern Baptist Convention, also expressed his excitement about the event, thanking president-elect Donald Trump and vice-presidential elect Mike Pence for allowing him to participate.

"I'm humbled to be able to stand next to other leaders of faith to ask God's blessing, mercy, and guidance upon our nation and our elected officials." he said. "We are living history, and America needs our prayers today more than ever."

Floyd appealed to the book of Jeremiah to note that God pledges in chapter 33, verse 3 to hear peoples' prayers, calling it "critical" to invoke God at "this moment in American history."

"May we as a country turn to God with all of hearts so that He may renew us and show us His way," he continued. "I ask the Church in America to bow down in prayer for the future of our country and for God's wisdom, favor, and blessing upon this incoming administration. May we remain, as we have always been, 'one nation under God.'"

Pastor Greg Laurie, founder of the popular Harvest Crusades and senior pastor of Harvest Christian Fellowship in Riverside and Irvine, California, called his participation in Saturday's National Prayer Service a "sacred responsibility" and said the event is evidence that the U.S. values both God and prayer.

"President Abraham Lincoln once said, 'We have forgotten the gracious Hand which preserved us in peace, and multiplied and enriched and strengthened us; and we have vainly imagined, in the deceitfulness of our hearts, that all these blessings were produced by some superior wisdom and virtue of our own,'" he said. "We must remember it is God who has blessed America. Though, we may at times have forgotten God, He has never forgotten us."

And Dr. Jack Graham, pastor of Prestonwood Baptist Church, joined his peers in calling for prayer for America, saying the country's leaders cannot persevere and succeed with God's hand.

READ: Amid Intense Anti-Trump Protests This Group Is Encouraging People to Turn to Prayer

"This is a time of change for America and the world. At moments it has felt as if so much hangs in the balance," he said. "Yet, I believe we can approach this new era of our nation's history with hope, for one thing hasn't changed — we remain 'One Nation Under God.'"

The list of faith leaders and groups slated to participate in the National Prayer Service is extensive and includes Jewish, Mormon, Hindu, Catholic, Greek Orthodox, Evangelical, Buddhist and Bahá'í representation.

But, as Christianity Today noted, Trump has decided to include "a record number of evangelical leaders" in this year's event. The outlet said the number of evangelicals participating has doubled compared to past National Prayer Service events — a noteworthy development, to say the least.

– Op-Ed's Stunning Claim: 'Susan B. Anthony Would Never Have Joined the Women's March on Washington'

– HELP: There's an Urgent Need for Doctors and Nurses in Iraq as 'Ambulances Full of People' Come 'Every Hour'

Billy Hallowell   Twitter:
Billy Hallowell has been working in journalism and media for more than a decade. His writings have appeared in Deseret News, TheBlaze, Human Events, Mediaite and on FoxNews.com, among other outlets. Hallowell has a B.A. in journalism and broadcasting from the College of Mount Saint Vincent in Riverdale, New York and an M.S. in social research from Hunter College in Manhattan, New York.