President Trump Reiterates Support of Lebanon and Fight Against Hezbollah 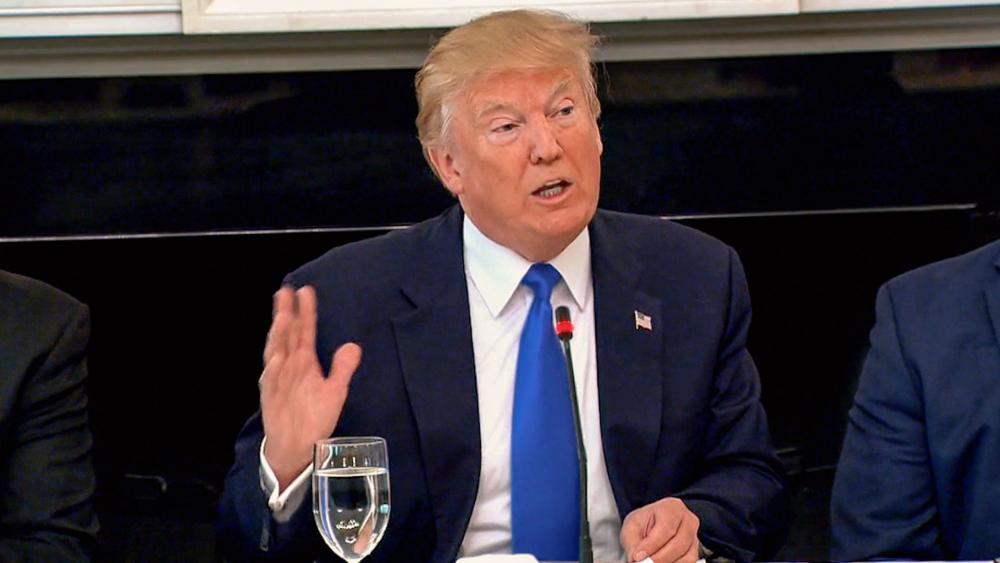 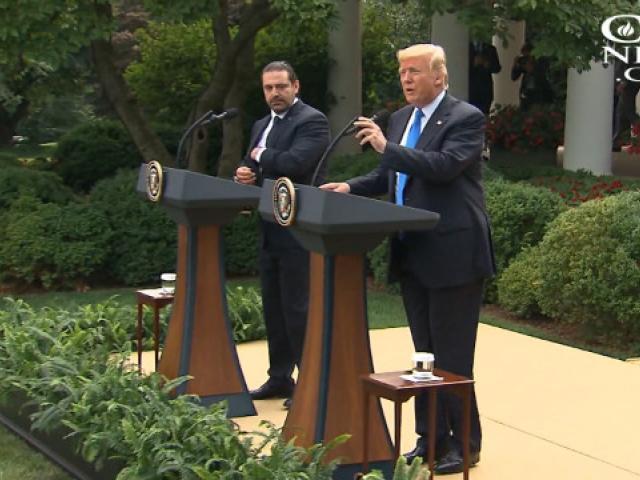 President Trump Reiterates Support of Lebanon and Fight Against Hezbollah

WASHINGTON -- President Trump welcomed Prime Minister Hariri of Lebanon Tuesday. Ahead of that meeting and the joint address in the Rose Garden, the White House said the purpose of the two coming together was to discuss issues of “mutual concern” including refugees and the fight against terrorism.

There’s a lot riding on this visit. The White House is proposing cuts to the State Department, at the same time Lebanon has benefited from $80 million of U.S. support.

The growing rise of Hezbollah inside Lebanon has increased tension with their neighbors to the south, Israel.

Israeli leaders say Lebanon will pay the price if Hezbollah starts a conflict with Israel.  Hezbollah has more than thousands of missiles pointed at Israel.

Lebanon has also received thousands of refugees from the Syrian crisis.

President Trump addressed the role of the United States Tuesday.

“The United States Military has been proud to help that fight and will continue to do so. America’s assistance can help ensure that the Lebanese Army is the only defender Lebanon needs,” said Trump.

“Hezbollah is a menace to the Lebanese state, the Lebanese people and the entire region. The group continues to increase its military arsenal which threatens to start yet another conflict with Israel,” he continued.

He went on to praise Lebanon for taking in so many refugees.

While the address was supposed to focus on foreign relations, White House intrigue stories, like the president’s public statements on Attorney General Jeff Sessions, also took up some of Tuesday’s conversation.

“I want the Attorney General to be much tougher on the leaks from intelligence agencies. Which are leaking like, rarely have they ever leaked before, at a very important level,” Trump began.

“These are intelligence agencies. We cannot have that happen. I’m very disappointed with the Attorney General but we will see what happens. Time will tell,” Trump finished.

Earlier in the day, Trump tweeted about Sessions’ “weak” position on Hillary Clinton.

On the other side of the beltway, Trump’s former campaign manager Paul Manafort was issued a subpoena to appear before the Senate Judiciary Committee.

The president took to Twitter to defend his son-in-law and senior advisor.

Jared Kushner did very well yesterday in proving he did not collude with the Russians. Witch Hunt. Next up, 11 year old Barron Trump!

“Jared Kushner did very well yesterday in proving he did not collude with the Russians. Witch Hunt. Next up, 11 year old Barron Trump!"