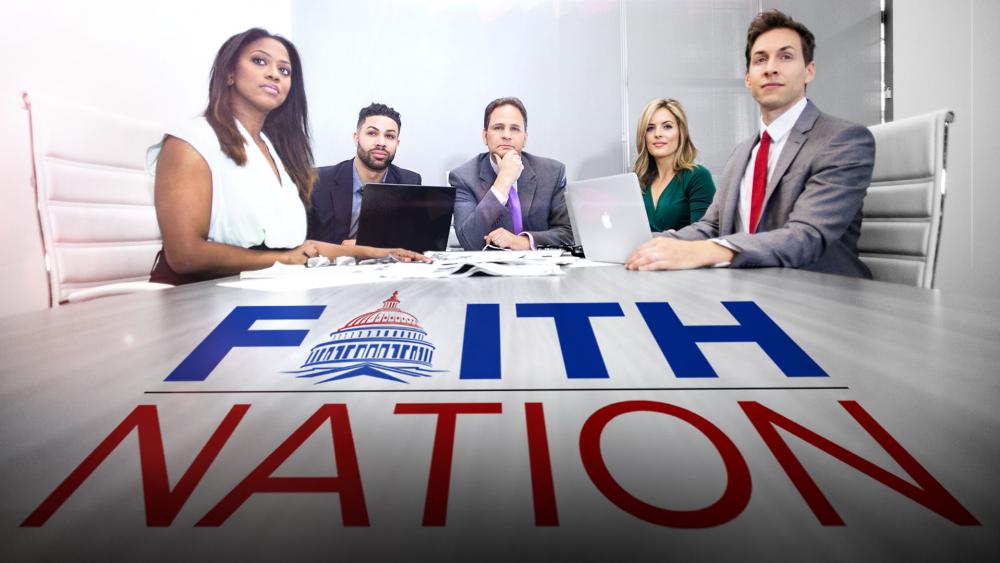 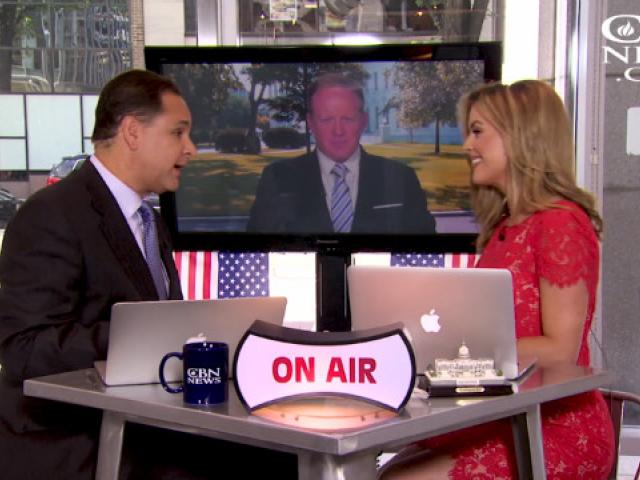 “I think for a lot of folks, they're more interested in getting the clip to put on the internet, to put on their news,” Spicer said. “We're interested in making sure that we communicate with the American people, that we give the press an opportunity to get their questions answered but we're not here to make it a spectacle either.”

Spicer tweeted about his experience on "Faith Nation":

It was an honor to be the first guest on @CBNNews​ #FaithNation earlier today, check out the interview here: go.https://t.co/jm4kEkEWwt

As “Faith Nation” was airing, President Trump was hosting Republican senators at the White House for a luncheon to discuss healthcare, something Brody brought up in the interview.

“He's going to make sure that he does everything that he can to get everyone on the same page,” Spicer said. “This lunch is another effort to do just that and if we have to then we'll move forward next week in some way, shape, or form to keep the promise that Republicans have made."

After Spicer’s interview, Brody and Browder also addressed the topics of faith in politics, the decision for President Trump to work closely with family members, and top trending faith stories.

"Faith Nation" will air on Facebook LIVE every Wednesday at 12:30 p.m. ET.  CBN's Brody and Browder will focus each week on the top political issues that are significant to Christians, featuring significant audience engagement as viewers will have the opportunity to comment in real time during the live broadcast.

Each weekly show will feature "The District," with David Brody interviewing leading political figures and news makers in Washington, D.C.

"There are millions of Christians in America whose values are not being echoed by much of the media. CBN's 'Faith Nation' will provide these viewers with a platform to be informed about important stories that are relevant to them, as well as to give them a real voice in the national discussion of those issues," said Gordon Robertson, CEO of the Christian Broadcasting Network.

"'Faith Nation' is designed to tackle two topics we are told to not bring up at the dinner table: faith and politics," said Dana Ritter, CBN News Washington D.C. bureau chief.

"The show concept was hatched out of the idea that people still want to talk about it but are more comfortable discussing those issues on social media," she explained. "We see the need to engage the audience where they already are and Facebook allows us to do that while also giving the audience a voice."

"Faith Nation" is produced by Shoshannah Nunez in the CBN News bureau in Washington, D.C.