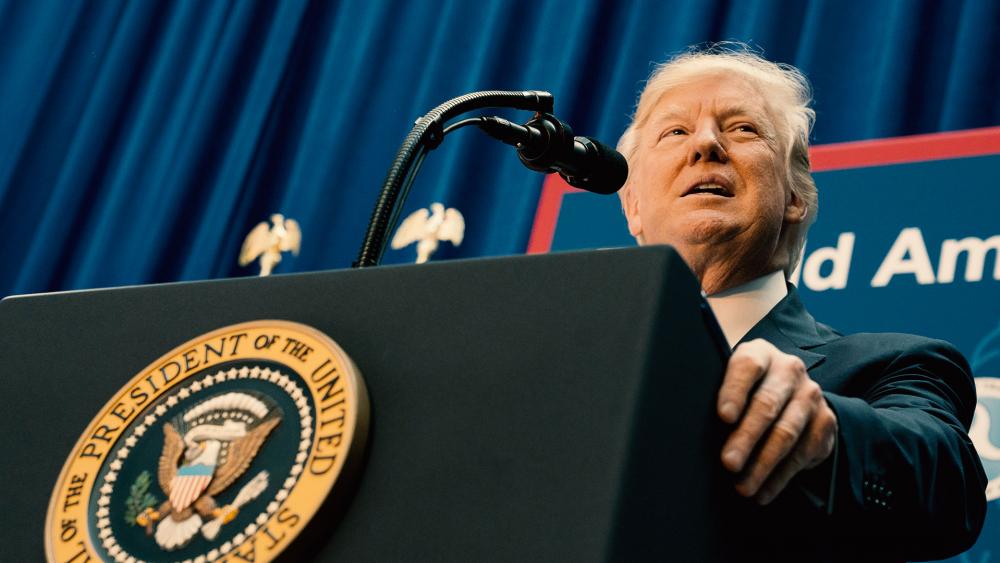 After a dramatic Senate health care win in Washington, President Donald Trump arrived in Ohio Tuesday night to tell America he is keeping his campaign promises -- to repeal and replace Obamacare, protect the nation's borders, and defeat radical Islamic terrorism.

"We're now one step closer to liberating our citizens from this Obamacare nightmare and delivering great health care for the American people," Trump told a crowd of several thousand in Youngstown, Ohio, hours after the Senate took one small step toward Republicans' years-long promise to repeal and replace Obamacare.

"For seven years, every Republican running for office vowed to repeal and replace this disastrous law. Now they must keep their promise," he added.

President Trump reflected on his past six months in office, and assured the audience that his administration is cracking down on illegal immigration.

Trump also put sanctuary cities on notice, saying his administration is "launching a nation-wide crackdown" on cities who do not enforce federal immigration law.

Another key issue of the night was radical Islam -- a threat Trump vowed to tackle head-on.

"We don't want radical, Islamic terrorists in our country," the president said. "We only want to admit those into our country who share our values, who love our people."

While Washington is swarming with rumors of collusion and scandal, President Trump used the rally as a chance to drive home his most important message:

Ahead of the rally, Trump took time to meet with veterans as part of the White House's weeklong celebration of servicemen and women. Following brief remarks by several of his Cabinet members, Trump entered a small room of veterans and praised them for their commitment and sacrifice for the country.

"A truly grateful nation salutes you," Trump told the group in Sutherland, Ohio.

He also repeated a comment he made at a recent event for veterans, saying, "In America, we don't worship government, we worship God."

Before the night ended, the president made sure to tell supporters that he would go back to Washington to fight "fake news" and "drain the swamp."