How the Radical Left and Radical Islam Find Common Ground 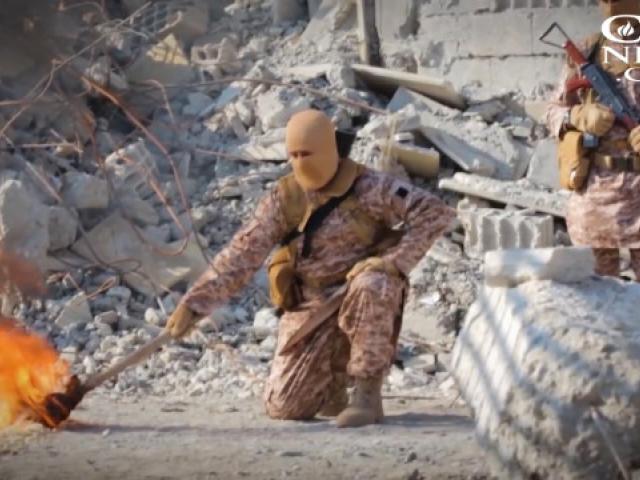 How the Radical Left and Radical Islam Find Common Ground

WASHINGTON - It seems counter-intuitive that ultra-leftists would find common ground with radical Islamists - the kind of people who automatically sentence homosexuals to death.

The Washington DC-based think tank Center for Security Policy (CSP) is highlighting why those forces that seem so far apart can come together and why some liberals cover up or excuse the violent acts of these jihadists.

What’s strange is these leftists will do it despite the fact that history shows that once radical Islamists gain power, they would likely wipe out their Leftist collaborators - it happened in revolutionary Iran.

“They’re the first to get their throats slit,” said Matthew Vadum at a CSP panel discussion based around his new book “Team Jihad: How Sharia Supremacists Collaborate with Leftists."

Also on the panel was Gregory Angelo, head of the largest GOP gay organization, who pointed out how some Muslims routinely slaughter homosexuals in distant countries overseas

"Where you have ISIS throwing people off of roofs. Where in Iran you are not just imprisoned, but executed for being gay or just suspected of being gay,” stated the leader of the Log Cabin Republicans.

But left-leaning gays won’t call these Muslims out on it, even though ISIS and others would kill them if given the chance. Angelo can’t believe some gays won’t condemn such murderous forces.

“Especially those who seek to eradicate LGBT individuals from the face of the earth,” he said.

Vadum added, “Maybe the Left shouldn’t be attaching itself to these medieval totalitarian butchers who will kill them once they assume power."

Even in America, many refused at first to accept an ISIS wanna-be who killed 49 people at Orlando's Pulse nightclub.

“What else could it be when somebody goes into a gay nightclub and starts shooting people at random?” Vadum asked. "I’m guessing it wasn’t Methodists or Amishmen."

And yet some on the left blamed the anti-gay hatred of Republican lawmakers or evangelical Christians for leading to such a bloody massacre. Anything but call out and condemn Islamic jihadis.

Refusing to See the Actual Threat

Angelo labelled it, “A liberal tack that sees everything but the actual threat that’s in front of it, and not only that, but seeks to blame everything except for what is truly responsible, and that is radical Islam."

In Vadum’s “Team Jihad,” he suggests the radical Left buddies up with Islamists because “they both have an authoritarian, totalitarian mindset,” and share a common goal: wiping out western democracies’ open form of government.

To radical leftists, Sharia supremacists are people who want to, as Vadum put it, “undermine the United States and western civilization.”

And to Frank Gaffney, CSP head, that means for the leftists, “The enemy of my enemy is my friend.”

At this panel discussion, Gaffney pointed out it's often the liberal nations who get the worst attacks are the most accommodating and excusing of Islamists’ anti-Western ways.

Gaffney cites Sweden, and argued it has been somewhat ripped asunder, or as he put it, “At the edge of or actually in a civil war. With the primarily  transplanted populations from the Middle East now taking over something like 61 so-called no-go zones in the country."

Vadum added, “They’re really drinking the Koolaid in Sweden, though I guess in this case it’d be the glogg."

Gaffney spoke of, “Police officers under assault if they dare to go in there and many of them resigning rather than put up with the dangers associated with it. And increasingly parts of the country are simply being lost.”

But many leaning left in the U.S. will ridicule folks like the American terrorism expert who Vadum pointed out recently stating, “There are no-go zones in Britain, which there are obviously in the United Kingdom, especially in London. Or as some people call it, Londonistan."

Islam means “submission,” and these panelists suggested submitting is what many left-leaning groups and even whole nations are doing, especially in Europe.

Angelo bemoaned, “The 'nothing-to-see-here' culture that you’re seeing pervading all of Europe. I have lost count, stopped counting, the number of times where Islamists have attacked people in the public square.”

He listed such diverse horrors as the terrorist attacks at the Ariana Grande concert in Manchester and Paris’ Bataclan concert hall and the Belgian airport bombing and the mowing down of innocents by Islamist terrorists in Nice, France and on bridges in London.

But many leaders are afraid to fight back or even name the threat for fear of being labelled “Islamaphobic.”

These are in the kind of countries that pass laws so that, as Vadum put it, “It would be hate speech to criticize Islam there.”

“We are not discussing in the public square what is driving these attacks,” Angelo complained, "but we are also not fighting back against it because we can’t: people are afraid to talk about this. Politicians are afraid."

He concluded, "Even those who would speak out against it feel that they cannot because they would automatically be marginalized.  It’s not only chilling. But it is literally dangerous. We are talking life and death hanging in the balance as a result of this.”