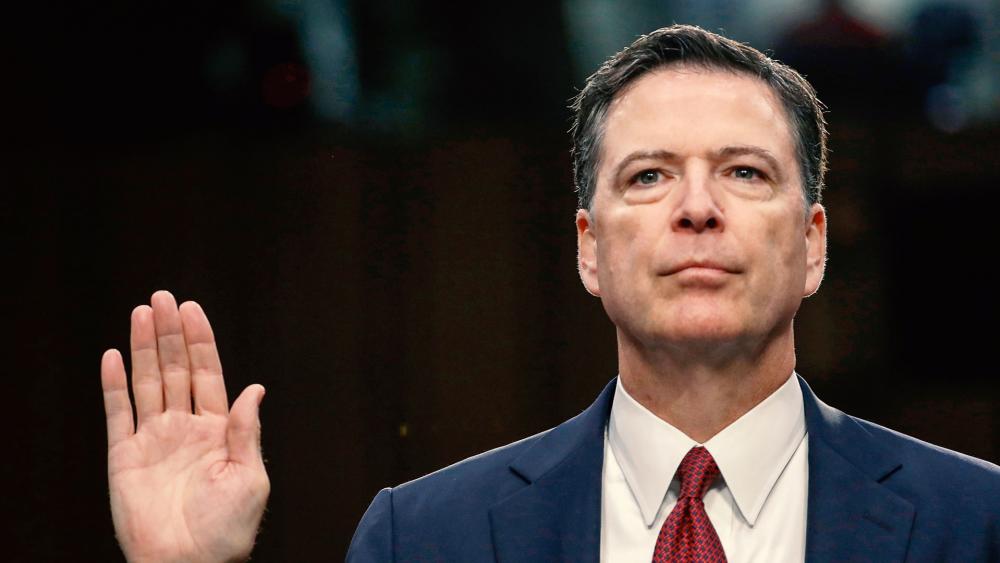 WASHINGTON -- Former FBI Director James Comey testified today that after his firing by President Trump, he asked his friend, Columbia law professor Daniel Richman, to leak the content of his memos of interactions with the president to the The New York Times, with the hope of spurring the appointment of a special counsel to investigate any Russian connection with the Trump campaign.

Comey also testified before the Senate Intelligence Committee that President Obama's Attorney General Loretta Lynch asked him to call the investigation into Hillary Clinton's email scandal a "matter" and not an "investigation."
He said Lynch's meeting with former President Bill Clinton on an airport tarmac last year made him uncomfortable, and convinced him that the independence of the Clinton probe was compromised and led him to go public with the FBI's findings on Clinton.
Comey also said he believes he was fired "in some way to change, or the endeavor was to change, the way the Russia investigation was being conducted."
But he also said that Trump did not ask him to end the Russia investigation.
Comey told the Senate Committee that the Trump administration "defamed" him in the wake of his firing.
Comey's testimony was in response to the administration's claims that the FBI was in disarray while he was at the helm, and that agents had lost confidence in him.
"Those were lies, plain and simple," Comey told the Senate panel. "The administration chose to defame me and more importantly the FBI."

The ousted FBI director's words come one day after the Senate committee release a statement of Comey's prepared remarks in which he claims he told the president he was not under investigation and that Trump pressed him to say so publicly.

Comey says in the statement that the president repeatedly pressured him to publicly announce that he was not personally under federal investigation in connection with the Justice Department probe into Russian meddling in last year's election.

During an interview with 700 Club host Pat Robertson, Thursday, Sen. Mike Lee, R-Utah, weighed in on the matter, saying there was no evidence of collusion between the Trump campaign and Russian officials.

"So, if something's out there, I haven't seen it. No one I know has seen it. As far as I know, it might not exist," the Utah lawmaker added.

For more of Sen. Mike Lee's insights on Comey and the Russia investigation, watch below:

"I was glad for one that a special counsel was appointed,” Higgings said. “I was happy that it was former FBI Director Robert Mueller, and I’m confident that the president will be exonerated.”

Meanwhile, according to Comey's own statement of record, he told President Trump on at least three occasions that he was not under investigation.

The first conversation took place at a Jan. 6 briefing, then again on at a Jan. 27 dinner between the two men, and a third time during a March 30 phone call.

During that call, Comey says the president asked him what could be done to "lift the cloud" over him from the investigation. The president told Comey that the Russia investigation was hurting his ability to govern.

Comey replied that "we were investigating the matter as quickly as we could."

"I explained that we had briefed the leadership of Congress on exactly which individuals we were investigating and that we had told those congressional leaders that we were not personally investigating President Trump. I reminded him I had previously told him that," Comey said.

Comey noted, "He repeatedly told me, 'We need to get that fact out.'" Comey never did, so the president did through Twitter and interviews.

So, what about the question of obstruction of justice in the investigation of Trump's then-national security advisor, Mike Flynn?

Comey said a conversation took place on Feb. 14 in the Oval Office after a meeting that dealt with counterterrorism. He said the president wanted to speak with him alone.

"The president began by saying, 'I want to talk about Mike Flynn,'" Comey recounted, adding that the president went on to note, "Flynn hadn't done anything wrong in speaking with the Russians, but he had to let him go because he had misled the vice president."

The former FBI director says he agreed Flynn was a good guy, but added, "I did not say I would let this go."

Comey says he believed the president was requesting that the FBI drop any investigation of Flynn in the Russia probe, in connection with false statements about his conversations with the Russian ambassador. Comey says that is why he wrote a memo to document the conversation.

The director did not, however, accuse President Trump of obstruction of justice.

“I encourage former Director Comey to speak the truth, the whole truth,” Rep. Higgins said. “I believe he’s a man of good heart; he has an incredible record of service to his country.”

“I’m prayerful that his testimony today will finally put to rest the allegations that have been brought against our president and his staff,” he added.

Meanwhile, a source close to the president told CBN News that the statement of record by Comey is anticlimactic because it's nothing new.

Comey's statement does not mention anything about his firing, but Comey does say he thought he had a job for a while because the president called him loyal. 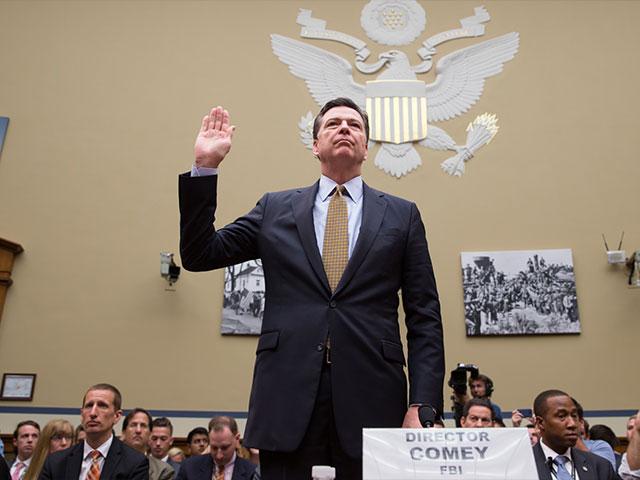