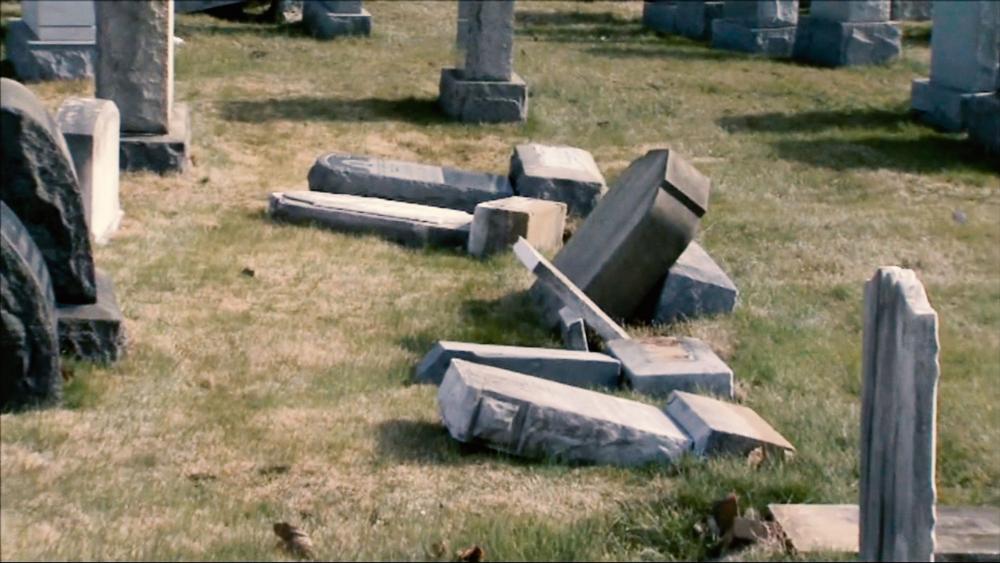 WASHINGTON DC--  The threat against the Jewish community has been escalating across the country. Jewish cemeteries have been destroyed and numerous anti-Semitic bomb threats have been made.

In fact, more than 100 Jewish Community Centers and schools have faced threats in 2017.

"Recent threats targeting Jewish Community Centers and vandalism of Jewish cemeteries as well as last week's shooting in Kansas City reminds us that while we may be a nation divided on policies, we are a country that stands united in condemning hate and evil in all of its very ugly forms," President Trump told a joint session of Congress last month.

Despite Trump's condemnation, places of worship and religion are still the focal point of threats.

"Similar to what's going on around the country, we received over thirteen-day period, we received two bomb threats. One was done via telephone and one was done electronically over email," Shapiro explained.

Many JCC'S are more than a recreation center but also serve as a daycare and preschool for children of all faiths. They also partner with senior living facilities and provide activities for senior citizens, making them home to some of the most vulnerable Americans.

Rep. Bennie Thompson, D-Miss., says the government has a responsibility to help protect members of the faith community, recounting the racist massacre of nine black Christians at a bible study just two years ago.

"The unfortunate situation at AME at Charleston basically said no institution is safe from domestic terrorism. We lost nine people in that church who obviously were not participating in any political activity or anything just going about their normal religious participation," Thompson said.

He says a new bill that is making its way through the house will help protect against that vulnerability.

"Our bill is to allocate 30 million dollars through the Department of Homeland Security to help those nonprofits and churches and other things assess their vulnerability and in some instances harden that vulnerability so that people can't do harm," Thompson said.

Thompson says House Bill 1486 will provide grants which can be used to help churches, JCCs, mosques and other religious institutions beef up security, implement training and install cameras to provide an extra layer of protection.

Government help aside, evangelical Christians are also stepping up.

As the Times of Israel reports, Christians in Alabama are working to raise $100,000 to help the JCC in Birmingham tighten up its security.

Shapiro says he has seen love from many in the Indianapolis community.

"The support since these things have happened has been incredibly strong, incredibly positive from all around the city and I think that's really wonderful to see," Shapiro reflected.

Despite, the outpouring of love, the JCC there is taking precautions to keep its member safe, by training and practicing for any emergency that could arise.