President Trump Says He Wants to 'Prevent War': Here's How 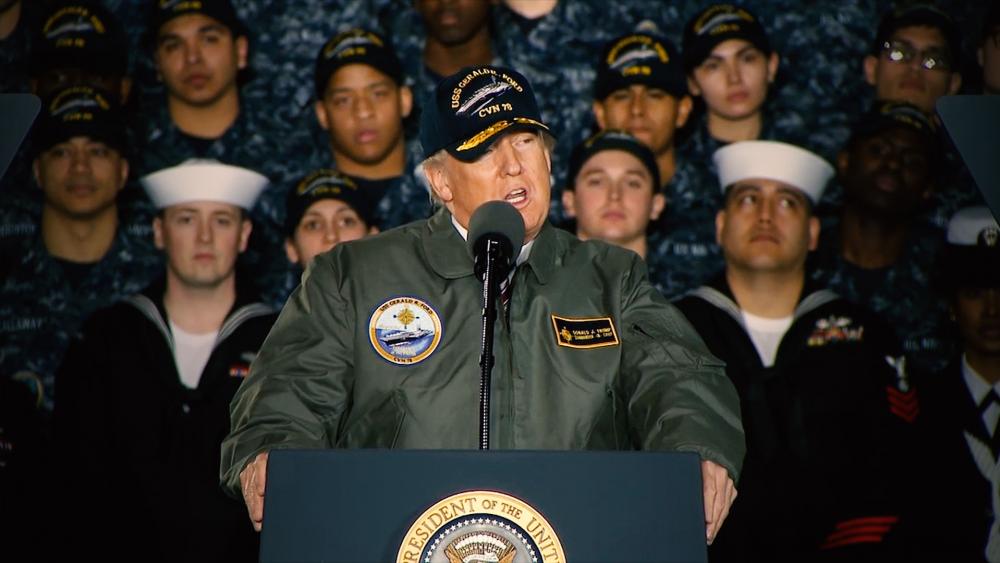 President Trump Says He Wants to 'Prevent War': Here's How

President Donald Trump is calling for a massive increase in defense spending. His goal: To give the military the tools needed "to prevent war."

The president's pledge came while he was aboard the next generation aircraft carrier, the USS Gerald R. Ford, in Newport News, Virginia. The carrier is expected to be commissioned this year.

The president arrived on the flight deck on the helicopter, Marine 1. He eventually made his way to Hanger Bay 2, where he spoke on the importance of boosting spending for the Defense Department.

"After years of endless budget cuts that have impaired our defenses, I am calling for one of the largest defense spending increases in history," the president said.

The White House released a draft budget plan earlier this week that calls for a hike of $54 billion to the Pentagon's projected budget. That's a 10 percent increase.

"And by eliminating the sequester and the uncertainty it creates, we will make it easier for the Navy to plan for the future and thus, to control costs and get the best deals for the taxpayer, which of course is very important, right?" Trump said.

The president also said he would provide "the finest equipment in the world" to the military and pointed to examples of aging aircraft.

"Our military requires sustained, stable funding to meet the growing needs placed on our defense," he said.

Meanwhile, protesters gathered in Newport News to voice opposition to the president.

"I have a problem with the hateful rhetoric and the policies that have been put forth so far, and I figured I wasn't the only one," one of the protesters, Mary Holtz of "Virginia Peninsula Now," told WVEC-TV. 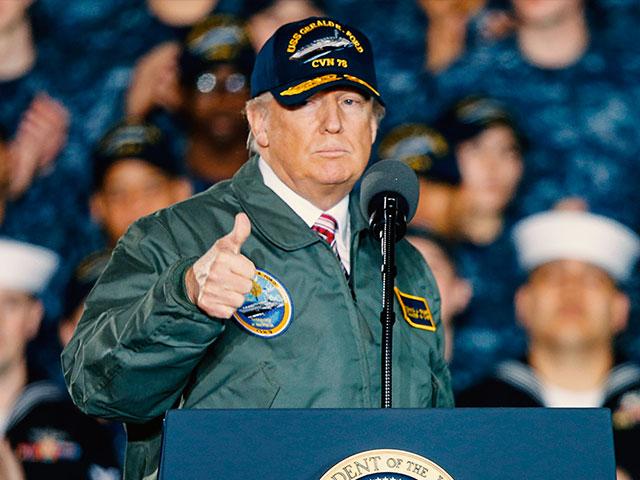