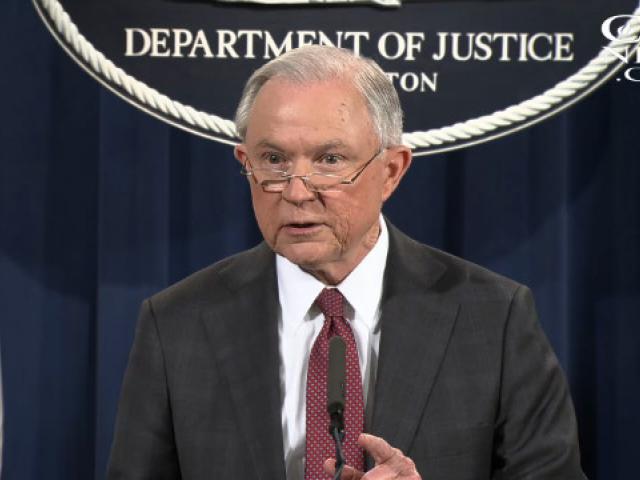 Sessions Recuses Himself from Russia Probe

Jay Sekulow, chief counsel for the American Center for Law and Justice, shared his thoughts on the controversy plaguing Attorney General Jeff Sessions on The 700 Club. Watch above.

Democrats are still calling for Sessions' resignation despite his announcement that he's recusing himself from any investigations involving the Trump campaign and ties to Russia.

"This whole idea of [Sessions] resigning is absurd. Loretta Lynch met with the former president of the United States on an airplane in Arizona while his wife was currently under investigation by the FBI, and she did not resign … so this is clearly a double standard. "

"I should not be involved investigating a campaign I had a role in," Sessions told reporters during a news conference Thursday.

The news comes after revelations that the attorney general had two meetings with Russian officials before the 2016 presidential election -- something Sessions denies ever took place.

"Let me be clear: I never had meetings with Russian operatives or Russian intermediaries about the Trump campaign, and the idea that I was part of a 'continuing exchange of information during the campaign between Trump surrogates and intermediaries for the Russian government' is totally false," said Sessions.

Sessions' surprise announcement came only two hours after reporters asked the president if the attorney general should recuse himself from investigations into the Trump campaign's ties with Russia.

“The real question that needs to be asked is – who in the FBI and Department of Justice is leaking this information to the press?”
– Jay Sekulow, ACLJ chief counsel.

Throughout the controversy, President Trump maintained total confidence in his attorney general.

"Because the Department of Justice should be above reproach for the good of the country, Attorney General Sessions should resign," urged Senate Minority Leader Chuck Schumer, D-N.Y.

"The fact that the attorney general, the top cop in our country, lied under oath to the American people is grounds for him to resign," said House Minority Leader Nancy Pelosi, D-Calif.

Sessions defended himself, saying it is not out of the ordinary for senators to speak with ambassadors from different countries, a statement House Speaker Paul Ryan, R-Wis. supported.

"It's really common for members of Congress to meet with ambassadors," Ryan confirmed.

This specific interaction raises eyebrows because Sessions was thought of as a surrogate for the Trump campaign and was asked under oath if he had any contact with Russian officials about the election.

"If there was any evidence that anyone affiliated with the Trump campaign communicated with the Russian government in the course of this (2016) campaign, what would you do?" Sen. Al Franken, D-Minn., asked Sessions during his confirmation hearing.

"I'm not aware of any of those activities," Sessions replied. "I have been called a surrogate at a time or two in that campaign and I did not have communications with the Russians."

And in a written, pre-hearing questionnaire Sessions was asked, "Several of the president-elect's nominees or senior advisors have Russian ties. Have you been in contact with anyone connected to any part of the Russian government about the 2016 election either before or after Election Day?"

Sessions argues he thought both questions focused on the campaign, not contact in general.

"My reply to the question of Senator Franken was honest and correct as I understood it at the time. I appreciate that some have taken the view that this was a false comment.  That is not my intent. That is not correct. I will write the judiciary committee soon, today or tomorrow, to explain this testimony for the record," Sessions assured.

Some senators, like Claire McCaskill, D-MO, were quick to throw suspicion on Sessions for meeting with the Russian ambassador in any capacity, but it seems she forgot her own publicized interactions with him just a few years ago.

In a Tweet Thursday, McCaskill said," I've been on the Armed Services Com for 10 years. No call or meeting w/Russian ambassador. Ever. Ambassadors call members of Foreign Rel Com."

However, a tweet from 2013 seems to refute that claim.

"Off to a meeting w/Russian Ambassador. Upset about the arbitrary/cruel decision to end all US adoptions, even those in process," McCaskill tweeted.

Sessions says he now thinks he should have mentioned his interaction with the ambassador.

"In retrospect, I should have slowed down and said but I did meet with one Russian official a couple of times, that would be the ambassador," Sessions now admits.

The attorney general did, however, make it clear his announcement is not confirmation of the existence or suggestion of an investigation into the Trump campaign's ties with Russia. 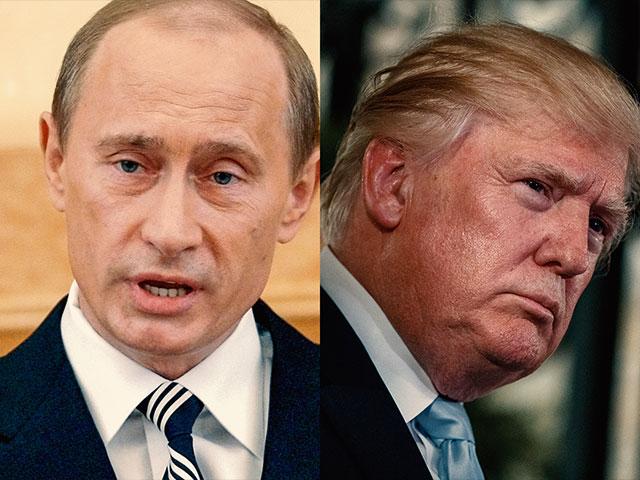