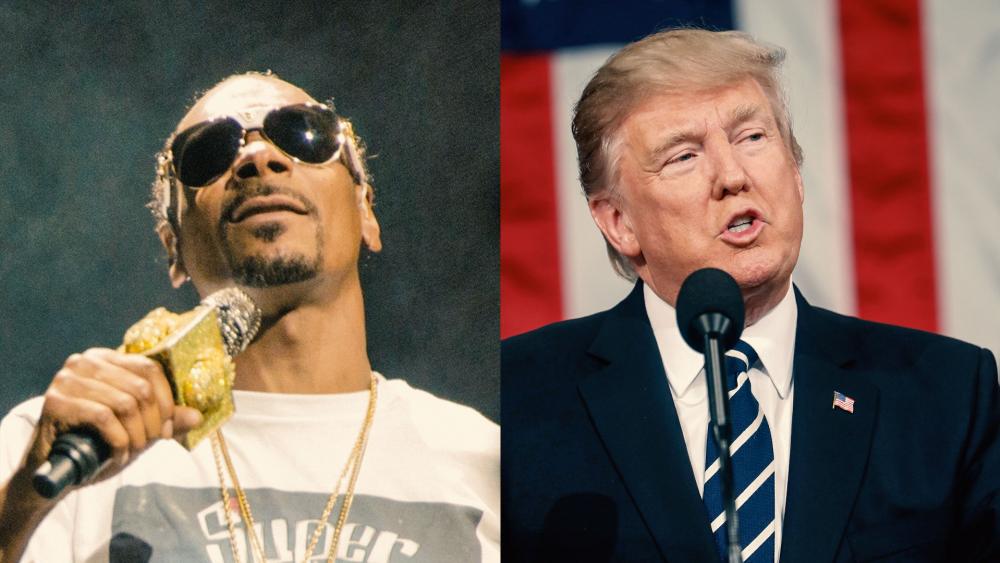 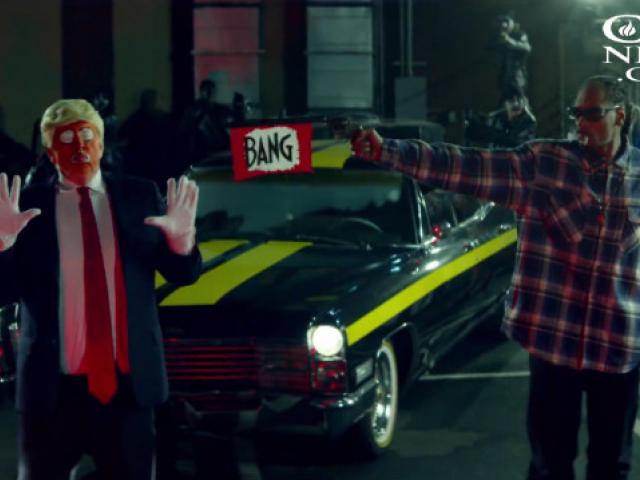 WASHINGTON  -- Calvin Broadus, aka Snoop Dogg, was one of the artists that once used Donald Trump's name in his rap lyrics as a shorthand for a wealthy, untouchable person.  However, that all changed when Trump announced his run for the presidency in 2015.

Now a recent music video by the group BADBADNOTGOOD, featuring the West Coast rap veteran, is causing controversy because of a scene featuring a mock execution of a clown dressed as President Trump.

It's no surprise the politically charged video "Lavender" quickly got the president's attention:

Can you imagine what the outcry would be if @SnoopDogg, failing career and all, had aimed and fired the gun at President Obama? Jail time!

While Snoop Dogg has taken to Instagram to let the world know he's "got nothing to say" regarding the controversial video, many other artists like Bow Wow, Kendrick Lamar and Ice-T have come to his defense.

In an interview with "TMZ Live," Ice-T said, "I was nervous. He's messing with the line. We'll see how this weighs out, but I roll with Snoop. I thought it was a good video."

The First Amendment gives American citizens the right to express any opinions without censorship or restraint.  But does that mean even assassination fantasies are covered and protected by the Bill of Rights?

Others celebrities, like Steve Harvey believe Snoop Dogg should use caution and respect the office of the president of the United States.

"Here's the problem. If something happens, do you get brought in as the copycat version, the reason that spurred action? Cuz there's some idiot that's sitting at his house that's willing to carry this out. And you don't want to be tied to that," Harvey said.

"We've had presidents assassinated before in this country, so anything like that is something people should really be careful about," he said, warning that if the "wrong person sees that and gets the wrong idea, you could have a real problem."

It's just a prank bro @realDonaldTrump


However, could someone take the music video as a call to action? Satire or not, in an age where media influence has risen to astronomical proportions, one must be careful with the message that is being communicated to the masses -- especially when the lyrics repeatedly suggest that this is "the final call."