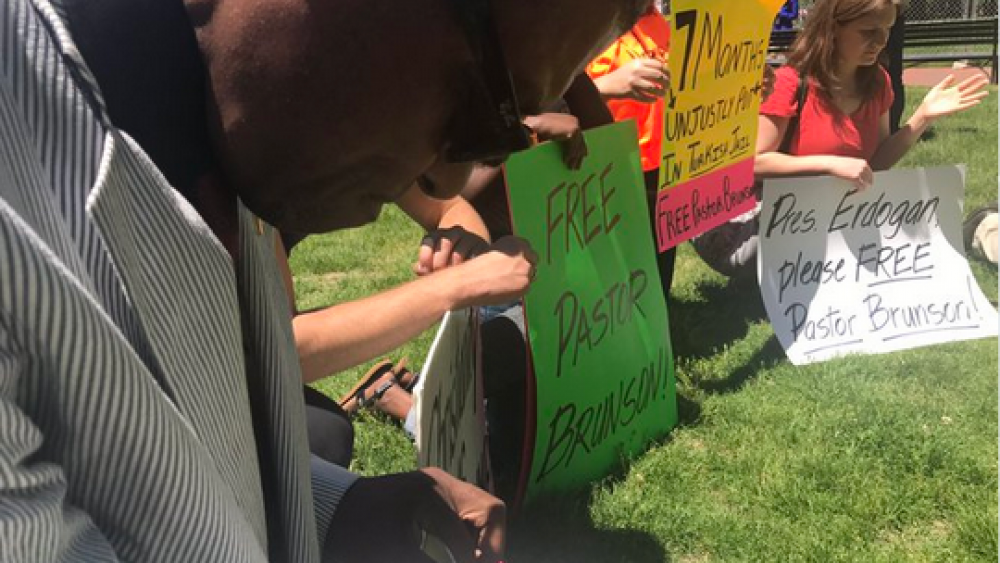 WASHINGTON – Religious freedom and human rights advocates gathered outside the White House to call for the release of Rev. Andrew Brunson, an American pastor unjustly imprisoned in Turkey seven months ago for his Christian faith.

"We are calling on President Trump to boldly embrace religious freedom and in face-to-face discussions with President (Recep Tayyip) Erdoğan, demand the immediate release of Pastor Brunson," said Rev. Patrick Mahoney, pastor of Church on the Hill.

"We will also be calling for Turkey to ensure religious freedom and human rights for all and end persecution and intimidation of Christians and other religious minorities," added Mahoney, who organized Monday's vigil.

The group of advocates stood in solidarity; some even kneeled on the side walk, praying for the immediate release of Rev. Brunson.

PRAYING at @WhiteHouse for the release of Rev. Andrew Brunson who was imprisoned in Turkey for 7 months for his Christian faith. @CBNNews pic.twitter.com/9FsMiSRO8K

"We believe it is a powerful 'prophetic witness' to have Christians in jail while President Trump meets with President Erdoğan. We want to send a clear message that we have not forgotten our precious brother nor the millions of Christians around the world who are being persecuted for the their faith," said Rev. Mahoney.

The group even held a Facebook Live prayer in hopes the Trump administration hears their demands.