Trump to Troops: 'You're the Metal Spine...of American Strength' 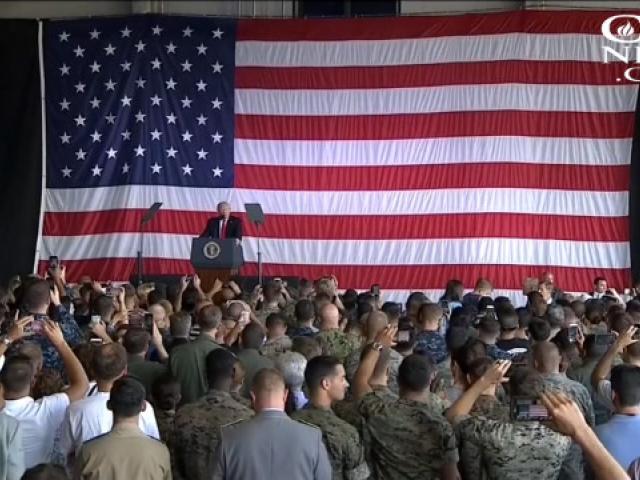 "I can think of no better way to conclude our first foreign trip than to spend some time right here with the incredible men and women of the United States' Navy and with all of our brave soldiers, sailors, airmen and marines and our great civilians who support them, right?," Trump told them.

"A very proud nation salutes you. A very, very proud nation. I 'll tell you what. We are very proud of you. Every single day you protect the safety and security of the American people and provide a symbol of hope and freedom and justice for the world," he said to cheers.

Trump also took time to express gratitude to Italian and NATO allies. He told them they are working side-by-side with Americans to confront the threats associated with tremendous violence in the world.

"To every service member from Italy, from a NATO country, we want to thank you for your friendship and for partnering with us in the fight to defeat terrorism and protect civilization.  Terrorism is a threat, bad threat to all of humanity, and together we will overcome this threat. We will win."

The president met with several world leaders Friday during his first G7 Summit. Those seven countries included the US, France, the UK, Japan, Italy, Germany and Canada.

The president has been pressured by G7 leaders to change his attitude on climate change.

The Paris Accord is a deal signed under the Obama administration where 195 countries agreed to commit in the fight to lower greenhouse gas emissions.

These meetings come after his speech to members of NATO, where he called out fellow countries for not paying their fair share.

“NATO members must finally contribute their fair share and meet their financial obligations, for 23 of the 28 member nations are still not paying what they should be paying and what they’re supposed to be paying for their defense,“ Trump accused.

Earlier in the week, the president and First Lady Melania Trump met with Pope Francis.

Before that, he visited Prime Minister Benjamin Netanyahu in Israel and Palestinian leader Mahmoud Abbas.

The president hopes to build on a relationship with both leaders and eventually negotiate what he calls the “ultimate deal” by brokering peace between the two nations.

During that visit to Israel, Trump also made a visit to the Western Wall. He was the first sitting president to do so. His visit to Israel also serves as another attempt by the current administration to hit the reset button on a rocky relationship between Netanyahu and the Obama White House.

That five-country-trip kicked off with a visit to Saudi Arabia where the president addressed leaders from the Muslim world.

During that speech, he urged those leaders to drive out terrorists from among them.

During that nine-day span, two major terrorist attacks took place around the world.

The first occurred when a suicide bomber detonated a device at an Ariana Grande concert in Manchester, UK.  Twenty-two people were killed, many of whom were children.

The second attack took place when 28 Coptic Christians in Eqypt were shot and killed while on a bus. ISIS has since claimed responsibility.

“The merciless slaughter of Christians in Egypt tears at our hearts and grieves our souls. Wherever innocent blood is spilled, a wound is inflicted upon humanity,” said President Trump in a statement.

The president made much of the purpose of his trip about urging fellow leaders to take a global approach to fighting terrorism. 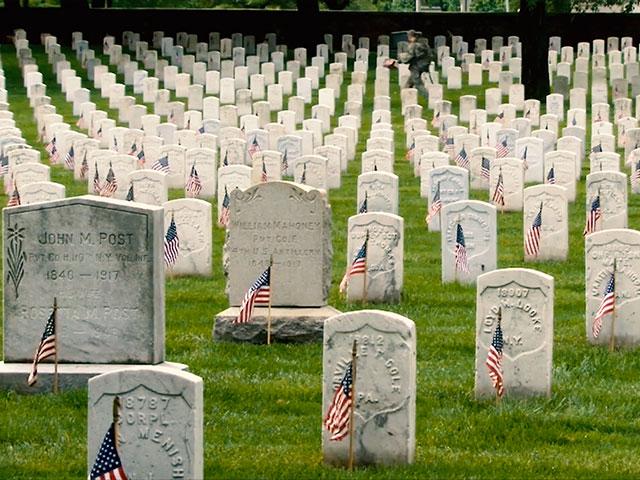