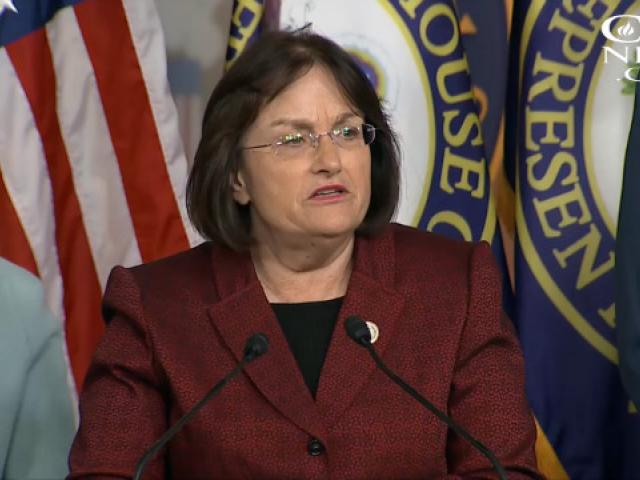 Rep. Ann McLane Kuster, D-N.H., one of the co-sponsors of the ME TOO Congress Act, shares how she was sexually assaulted as a staffer almost four decades ago by a guest of the U.S. Congress. Watch above.

Sexual harassment took center stage on Capitol Hill Wednesday as lawmakers from both parties joined together in an effort to change the culture and misconduct of its members.

Senator Kirsten Gillibrand, D-N.Y., Congresswoman Jackie Speier, D-Calif., and others crossed the aisles to introduce "legislation to prevent and respond to sexual harassment in Congress."

Speier says the ME TOO Congress Act, will "overhaul the flawed complaint process, while providing better support for victims and whistleblowers."  Earlier in the month Speier championed legislation "requiring all members of the House of Representatives and staff to undergo annual sexual harassment prevention and response training."

Speier, who launched #MeTooCongress, says she was attacked by a Chief of Staff when she was a young congressional staffer. As a champion for these victims, she has gathered many sexual harassment complaints over the years, including assaults on Capitol Hill where "women have their private parts grabbed on the House floor."

In a Wednesday press conference Speier said, "I'm here to protect the victims."

During a hearing on Tuesday, Speier rocked the full Committee on House Administration with allegations that two members of Congress, one Democrat and one Republican, who are both currently serving, have harassed their staff. When asked why she has not named the two congressional members who are accused of this bad behavior, Speier said the victims do not want to name them at this time.

Other lawmakers came forward in the hearing with graphic stories of misconduct, including Rep. Barbara Comstock, R-Va., who heard of a "currently-serving congressman who had allegedly exposed himself to a young female staffer after asking her to deliver documents to his house."

Congressman Ryan Costello, R-Pa., stood with Speier, telling reporters he supports the efforts of whistleblowers when they raise a complaint of this nature. He added "how we handle these (complaints) speaks to the character and integrity of how we run our offices."

In the wake of these recent allegations of sexual misconduct on Capitol Hill, Speaker Paul Ryan announced that House members and their staff will undergo mandatory anti-harassment and anti-discrimination training. It came just days after the Senate passed a similar resolution.