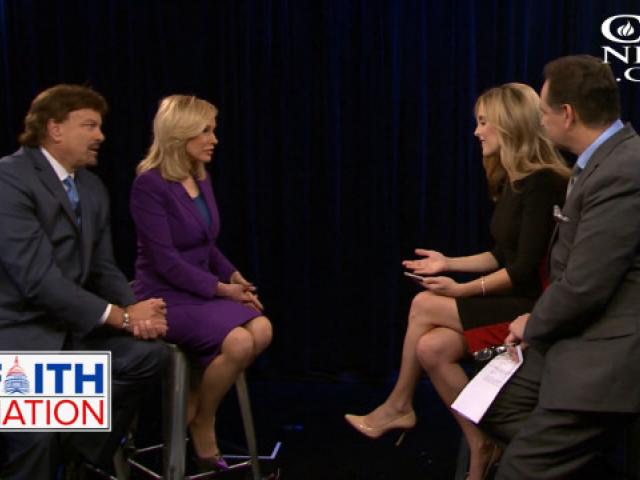 WASHINGTON – President Trump surrounds himself with people of God who pray for and counsel him during tough times says Pastor Paula White, a member of the president's faith advisory council and senior pastor of New Destiny Christian Center in Orlando, Florida.

On the CBN News program, Faith Nation, White described how she and other Christian leaders help the president in the wake of tragedies, such as the recent church shooting in Sutherland Springs, Texas.

According to White, the president surrounds himself with such advisors because "his heart has always been for people and for God's intervention and for God's divine plan".

White emphasized as commander-in-chief, Donald Trump needs people who can to minister to him: "Because he carries the weight of this nation and much of the world on his shoulders," she says.

For more from White, watch the clip above.