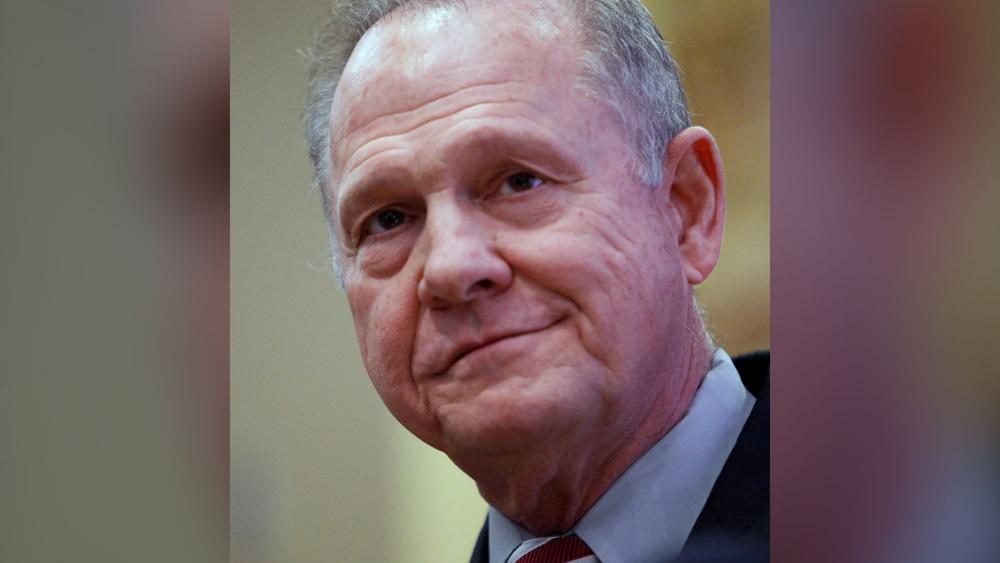 Speaker of the House Paul Ryan spoke out Tuesday morning, saying Alabama GOP Senate candidate Roy Moore "should step aside." Ryan says he thinks the allegations against Moore are "credible."

And US Attorney General Jeff Sessions also said Tuesday he has "no reason to doubt" the women who have accused Moore of sexual misconduct. Moore is running to fill the seat left vacant by Sessions.

Ryan's call for Moore to drop out of the race comes after Senate Majority Leader Mitch McConnell said the same thing Monday, and it comes after another woman came out with new accusations.

That woman is accusing Moore of molesting her when she was 16. In a press conference held by attorney Gloria Allred on Monday, Beverly Nelson told reporters Moore attacked her when she was working as a waitress at a local restaurant where she says Moore was a regular.

According to Nelson, one night in 1977,  Moore, who was a district attorney, offered the teen a ride home. She alleges Moore then pulled behind the Old Hickory House restaurant and began groping her and trying to pull her shirt off. She said he also tried to force her head into his lap, which she resisted, leaving her badly bruised around her head and neck.

When asked why she kept this secret for more than four decades, she says Moore was a powerful man in her county but now she realizes, "He no longer has any power over me and I no longer live in fear of him."

In an effort to dispel the rhetoric that her story is politically motivated, Nelson says she and her husband both supported President Trump. She claims she wanted to come forward but Moore told her the night of the attack "no one will believe you." Today she is ready to tell her story and even testify under oath before Congress.

She's the latest to make accusations of impropriety against Moore, who calls them a political witch hunt.

Moore is also denying the latest accusation against him calling it "absolutely false." Standing by his wife at a news conference, Moore says he did not know Beverly Young Nelson and "never did what she said I did."

"I can tell you without hesitation this is absolutely false," Moore said Monday. "I never did what she said I did. I don't even know the woman."

Moore also says he is unfamiliar with the restaurant where the woman said Moore was a regular customer. Kayla Moore defended her husband, saying he is the "most gentle, most kind man that I have ever known."

Sen. Cory Gardner, the chairman of the National Republican Senatorial Committee, added his voice to the call for Moore to step aside saying the Senate should vote to expel him if he wins the Dec. 12 election.

Gardner says "I believe the individuals speaking out against Roy Moore spoke with courage and truth, proving he is unfit to serve in the United States Senate and he should not run for office,"    If Moore continues his campaign and wins the election Gardner writes in a statement "the Senate should vote to expel him, because he does not meet the ethical and moral requirements of the United States Senate."

As for the Washington Post story that started this firestorm, Moore is threatening to sue the newspaper for what he calls a "completely false and a desperate political attack."

Alabama's race for U.S. Senate is tightening as Moore weathers accusations of sexual misconduct against teenagers.

Moore, speaking at a Christian academy in Huntsville Sunday, worked to remind voters of his Christian conservative bonafides.

"We can be proud of where we came from and where we're going if we go back to God," Moore told the audience.

Friday, a woman who worked alongside Moore as a deputy district attorney during the time in question entered the conversation.

#roymoore As a Deputy DA in Gadsden when Roy Moore was there, it was common knowledge about Roy’s propensity for teenage girls. I’m appalled that these women are being skewered for the truth.#MorningJoe #FoxNews

Teresa Jones tweeted: "As a Deputy DA in Gadsden when Roy Moore was there, it was common knowledge about Roy's propensity for teenage girls. I'm appalled that these women are being skewered for the truth."

Last week, the Washington Post reported that when Moore was in his early 30's he allegedly initiated sexual activity with a 14-year-old girl and pursued three other teenaged girls between the ages of 16 and 18. The age of legal consent in Alabama was and is 16.

A growing number of Republican lawmakers are urging him to drop out of the race, but a senior advisor to Moore says that even if President Trump asked him to drop out he'd keep going.

Members of the Trump administration have been urging restraint and warning against trying a candidate through the press.

On "Meet the Press" Sunday, director of White House legislative affairs Marc Short, said, "The people in Alabama know Roy Moore better than we do here in D.C., and I think we have to be very cautious. . .of allegations that are 40 years old that arise a month before Election Day."

At this point, even if Moore dropped out of the race, his name would still appear on the Alabama ballot.

His Democratic challenger Doug Jones says he had no prior knowledge of the accusations and is calling on Moore to explain.

"They are serious allegations that need to be addressed specifically, not just a general denial and blaming somebody else," Jones said.