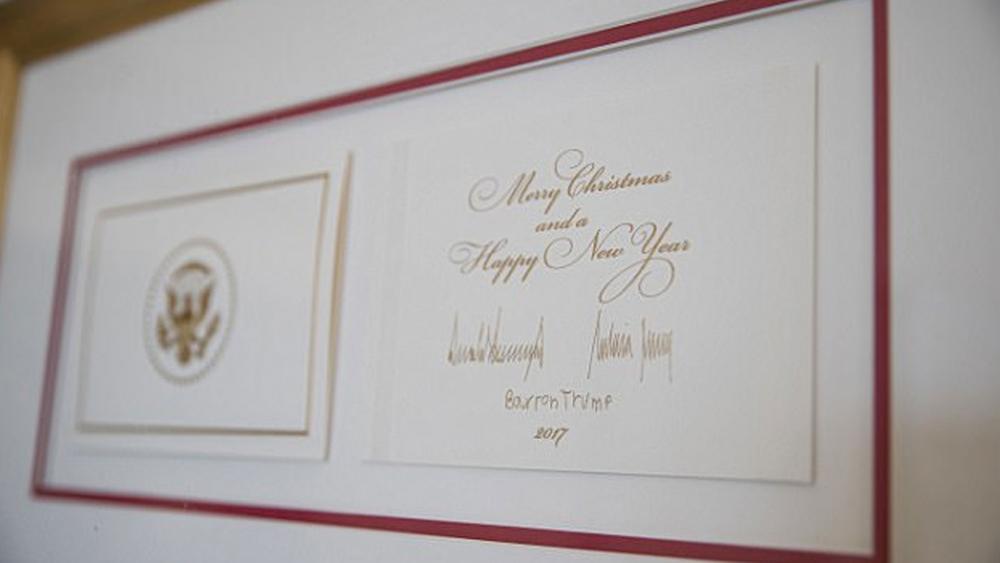 "I told you about Christmas. If I become president, I guarantee we're going to be saying 'Merry Christmas' at every store," he told the crowd.

In 2017, that Christmas spirit is now on full display at the White House.

"She really does look like an angel," they proclaimed.

The first lady's office says the decorations are meant to honor traditions of the past.

The decorations are up! @WhiteHouse is ready to celebrate! Wishing you a Merry Christmas & joyous holiday season! pic.twitter.com/d6ZuyeFvrw

"As with many families across the country, holiday traditions are very important to us. I hope when visiting the People's House this year, visitors will get a sense of being home for the holidays. On behalf of my husband and Barron, I want to wish everyone a Merry Christmas and joyous holiday season," said the first lady.

And that wish for a Merry Christmas, was proclaimed loud and proud, all the way down to this year's official Christmas cards.

The last eight years of official White House Christmas cards all neglected to mention Christmas, President Obama opting instead for all-inclusive terms such as "Seasons Greetings."

"You go to stores, you don't see the word Christmas. It says 'happy holidays' all over," Donald Trump proclaimed in the past.

Now President Trump has vowed to take on the so-called war on Christmas.

Although, the 44th president may have chosen not to use the term "Christmas" in his cards, he and Mrs. Obama often wished the nation a Merry Christmas in his weekly address and via social media.

Have a merry Christmas. pic.twitter.com/GSZGooiSuV

Merry Christmas, and happy holidays to you and yours—big or small. pic.twitter.com/knZUoQidcl

Meanwhile, the annual Nativity scene is also on display at the White House.

A Nativity scene has been on display since 1967, including during the term of President Obama.