'If You Don't Believe in God, You Should Have Been With Us on That Day': Vietnam Vet Gets Medal of Honor 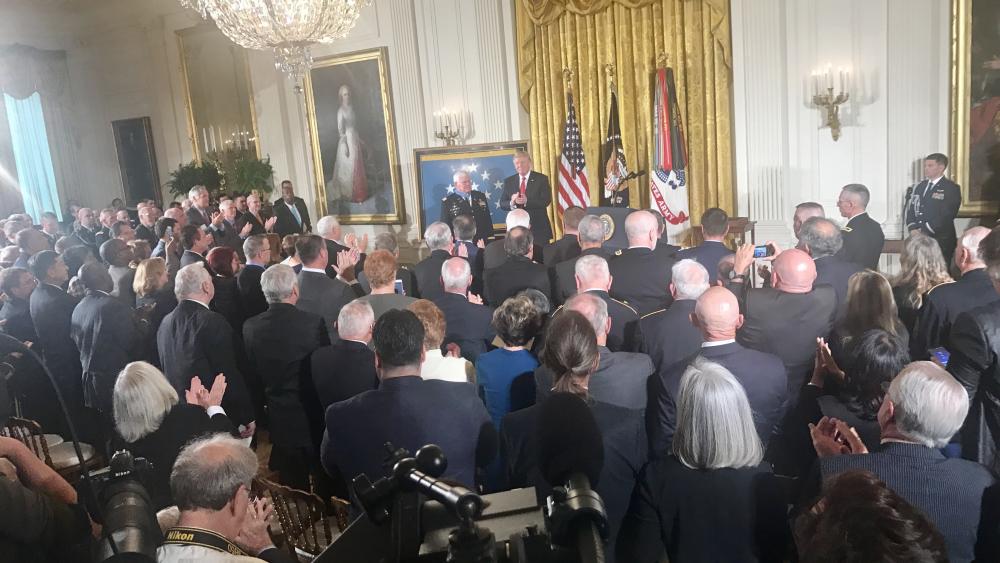 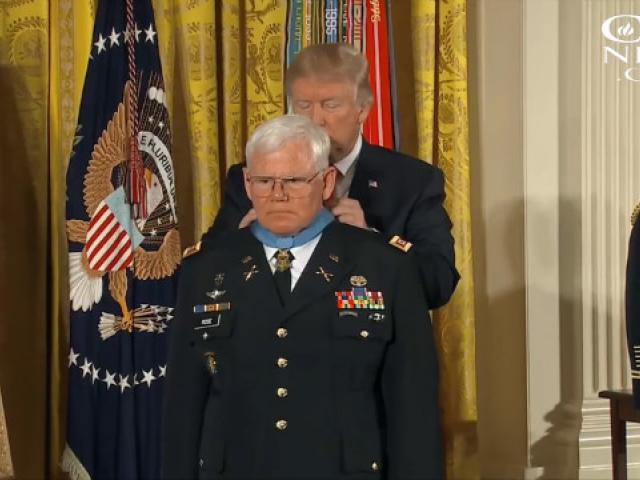 'If You Don't Believe in God, You Should Have Been With Us on That Day' Said Medal of Honor Recipient

Washington – Retired Army Captain Gary M. Rose was awarded the Medal of Honor for risking his life during the Vietnam War to help others.

"Mike rescued those in distress without any thought for his own safety," said President Donald Trump. "He raced to the side of the soldiers, exposing himself to contact fire."

President Trump honored Rose who served in the US Army for 20 years.

In September of 1970, he was a medic with the 5th Special Forces Group. It's one of the most decorated active duty special forces in the military.

Rose's unit came under fire and for four days at one point during the war. He alone treated 60-70 comrades; and, at times used himself as a shield getting severely wounded.

"He used a branch as a crutch to keep helping the wounded and saved the lives of his fellow soldiers," said President Trump.

The president added that Rose told that him, "If you don't believe in God, you should have been with us on that day."

President Trump said Rose refused treatment until all his men was cared for.

"You've earned the entire gratitude of the nation," said Trump.

The former medic now volunteers with poor and disabled along with spending time at his church.

Rose is the second person to receive the Medal of Honor from President Trump.