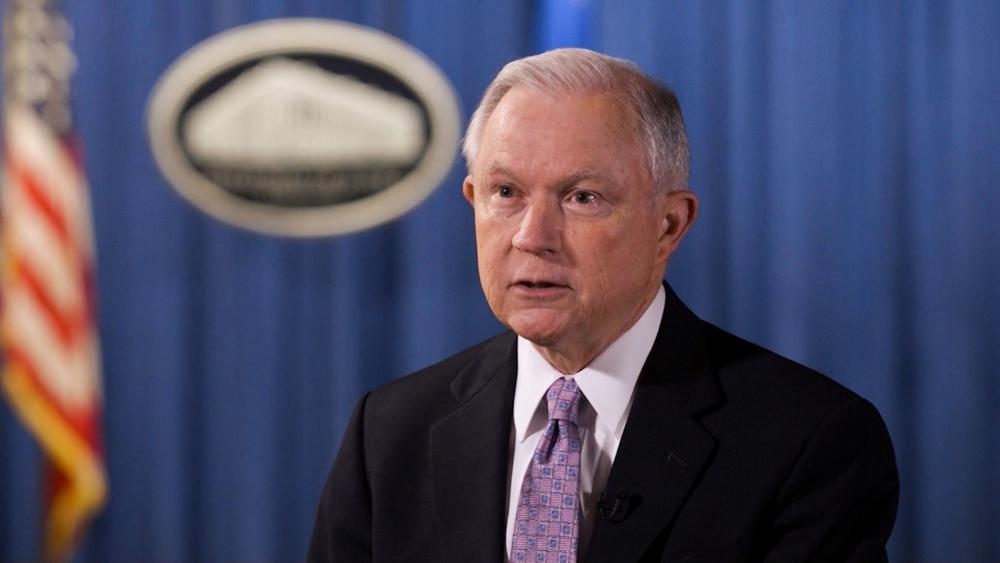 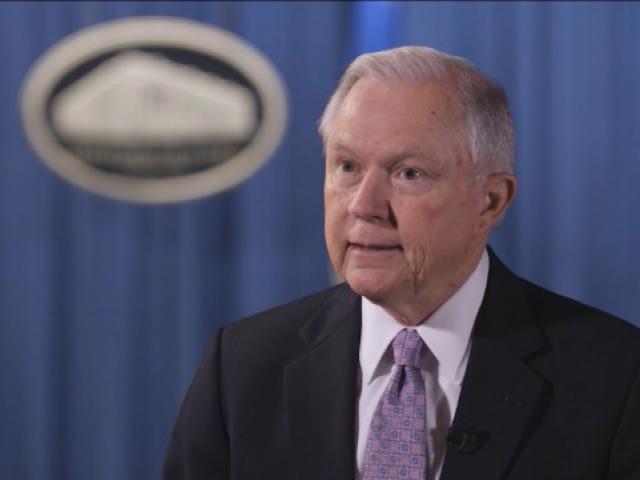 Attorney General Jeff Sessions tells CBN News it's time to get back to "traditional" values in America.

From national anthem protests to Sessions' personal faith, America's attorney general opened up to us in an exclusive interview that came right after he released new Justice Department guidelines on religious liberty.

In evangelical circles, the constant chorus is how religious liberty is under attack in America. While President Trump is promising to change that, it is Sessions who is putting the bite behind the bark.

"We're putting this country back on a lawful path, a constitutional path, a country that respects religious faith," Sessions said.

For example, Sessions says Christian business owners under pressure to perform services against their beliefs will get backing from this administration.

"The cake baker has more than just a personal view here. He has a religious view and he feels that he is not being able to freely exercise his religion by being required to participate in a ceremony in some fashion that he does not believe in. So we think that right is a fundamental right and ought to be respected as we work through this process," he said.

Sessions sees this new defense of religious liberty as a strong signal to those who have tried to weaken that constitutional freedom.

"I think we've had a slide over quite a number of years in which courts and advocates and politicians have disrespected the primacy of law and that has long term damaging effects for the country and we're trying to get us back on the traditional view that protects us all in the long run," Sessions said.

"Absolutely," he replied. "I think they are too sensitive to that sometimes. I don't mind saying it at all. It's this umbrella of law and the Constitution that protects us."

Speaking of that protection, NFL players kneeling in protest during the national anthem claim it's their constitutional right to do so. Sessions says just because it's legal doesn't make it right.

"It's a respect for the nation not individual politics and so forth so I think the president is correct to say you may have a right to do this under the Constitution but it's not the right thing to do," Sessions said. "It's not good that you disrespect our nation. We should first respect our nation and then battle out our differences between us in the lawful way that we're allowed to do."

In another ongoing issue, Sessions is caught in a difference of opinion over "the dreamers." Should they stay or go? Known as a hard liner on illegal immigration, we heard some wiggle room from him in our interview.

"The president does have sympathy for the young people who may have been brought here at an early age and have gotten into no trouble and we have to wrestle with what to do about that. But to give them amnesty, to give a lawful status to a group of people and do nothing to fix the problem in the future is unacceptable," Sessions said.

To say the attorney general has a lot on his plate would be an understatement. Besides the issues of the day, he's taken hits for recusing himself from the Russia investigation. Sessions says it's his strong faith that is key to staying afloat.

"Well I've got to tell you, there have been days in which my faith has meant a tremendous amount to me and how people without it get by, I don't know. But I've had such good support from friends who were praying for me and I feel that and I know they're telling the truth. Also, you have to ask yourself: You're just a servant. You don't have to have a job. You don't have to, but you do have to do your best everyday and the Lord will take care of you in the end if you try to do the right thing everyday."

After speaking with the attorney general, we come away with one strong takeaway: He's a man on a mission to make sure the Judeo-Christian fabric of our country remains strong. Liberals fear his words while evangelicals are doing a few spiritual cartwheels.

EXCLUSIVE: Attorney General Sessions Tells CBN’s Faith Nation Christian Cake Bakers Have A “fundamental right and ought to be respected”