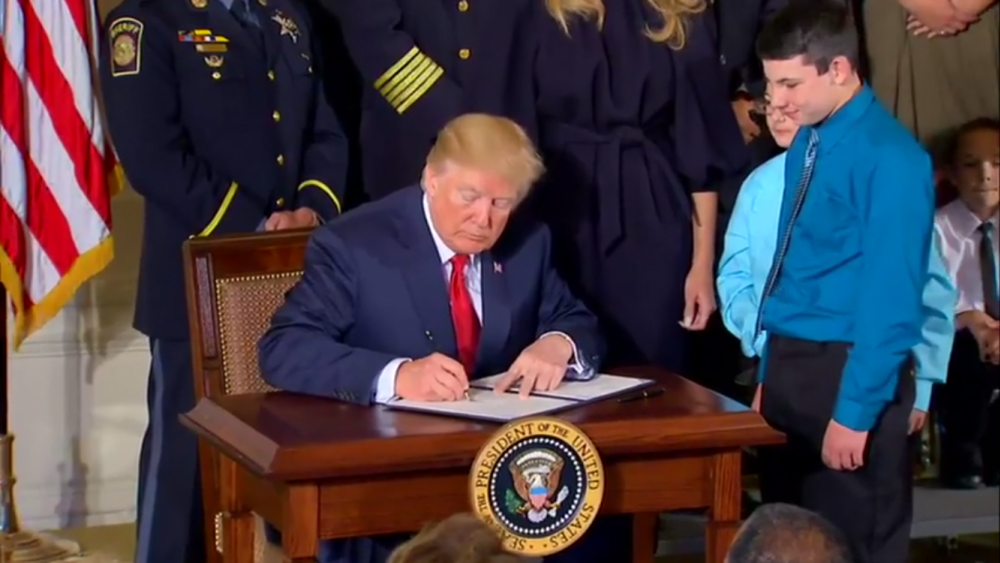 WASHINGTON — President Donald Trump took aim at the opioid epidemic, declaring it a "public health emergency." Trump vowed Thursday that the nation will "overcome addiction" during his speech at the White House.

"We can be the generation that ends the opioid epidemic," said President Trump.

Mr. Trump signed an order that frees up government money and resources to increase access to anti-addiction drugs and substance abuse treatment.

The money can also be re-directed to fighting addiction by cutting down delays which can result in people getting help faster by expanding access to medical services.

"We want them to get help that they need," said President Trump. "We have no choice but to help these people that are hooked and suffering so they can recover and rebuild their lives with their families."

First Lady Melania Trump joined her husband in the East Wing to offer prayers to those fighting and recovering from drug addiction.

Opioids range from heroin to prescription pain relievers like OxyContin and Vicodin. Reiterating a need for a border wall between the United States and Mexico, Trump said 90% of heroin comes from south of the border.

"For too long we've allowed drugs to ravage Americans cities and towns,” he said. "If we can teach young people not to take drugs, it's really easy not to take them"

In 2016, the crisis claimed 64,000 American lives, making drug overdose the leading cause of accidental death in the United States. Deaths caused by opioid overdose have nearly quadrupled since 1999, which is why Mr. Trump said he was making addiction a top priority.