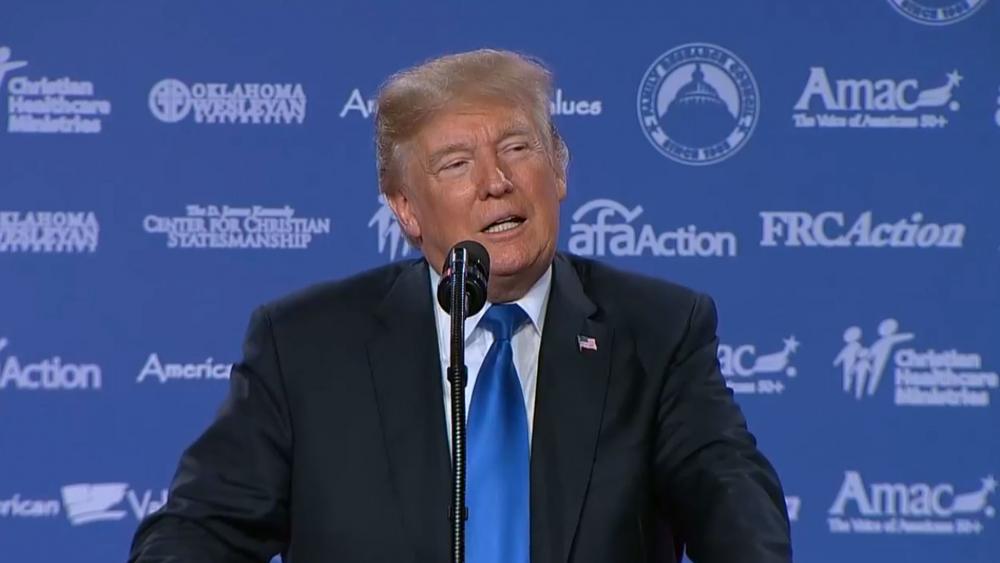 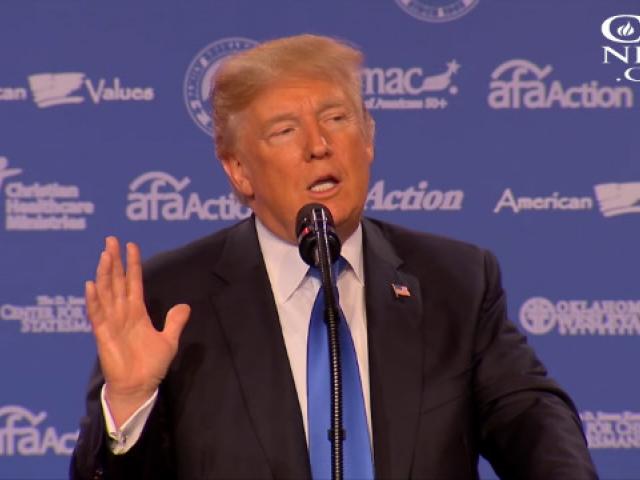 Washington – President Donald Trump made history as he headlined the Family Research Council's Value Voters Summit on Friday. He's the first sitting U.S. president to speak at the event.

"America is a nation of believers and together we are strengthened and sustained by the power of prayer," said President Trump. "We are one nation, we hurt together and we hope together and we heal together."

"And above all else we know this: in America we don't worship government, we worship God," he said.

“And above all else we know this: in America we don’t worship government, we worship God” @realDonaldTrump #VVS17 @FRCdc pic.twitter.com/P5VX912tGE

The president focused on faith and family talking with conservatives at the Omni Shoreham Hotel in Washington D.C.

"Religious liberty is enshrined with the First Amendment of the Bill of Rights and we all pledge allegiance to the very beautiful one nation under God," said Trump.

“We are stopping cold the attacks on judeo-Christian values” @realDonaldTrump #VVS17 @FRCdc pic.twitter.com/kQa6Kunmjw

Trump pledged that the nation's religious heritage would be cherished, protected and defended "like you have never seen before."

He referred to his new executive order to stop the federal government from forcing religious groups like Little Sisters of the Poor to provide coverage for abortion-causing drugs to employees.

"We are stopping cold the attacks on Judeo-Christian values," Trump said.

Then he turned to the power of prayer when talking about the hurricanes, California wildfires and Las Vegas shooting victims.

"In the wake of the terrible tragedies, the American people have responded with generosity and bravery," said Trump. "The true strength of our nation is found in the hearts and souls of our people."

He also called for tax cuts as a "Christmas gift" hoping Congress comes through with reforming the current tax code.

"Values voters are coming to our nation's capital thankful to hear from a president who is fulfilling the promises that he campaigned on," said FRC president Tony Perkins. "Since the early days of the campaign, President Trump allied himself with values voters, promising to put an end to the eight years of relentless assault on the First Amendment."

Trump received a standing ovation when talking about respecting the flag in the wake of NFL players kneeling during the national anthem in protest to social injustice.

According to the Values Voter Summit website: it was created in 2006 to provide a forum to help inform and mobilize citizens across America to preserve the bedrock values of traditional marriage, religious liberty, sanctity of life and limited government that make our nation strong. It has drawn over 3,000 plus attendees from around the nation and foreign countries. Garnering national and international media attention. 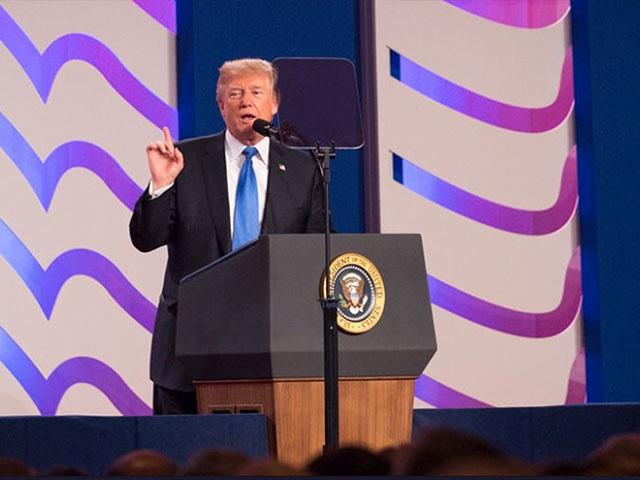 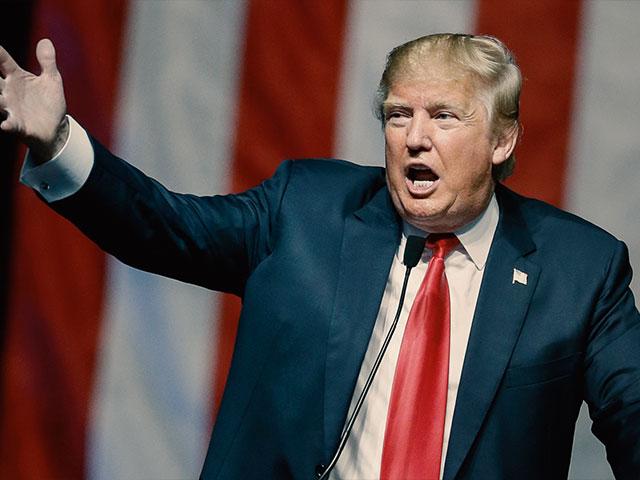 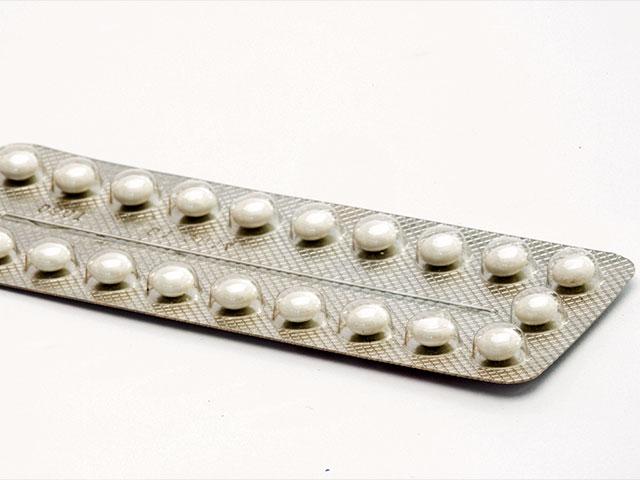