We Must be Better Christians Or We May Lose Christianity Altogether 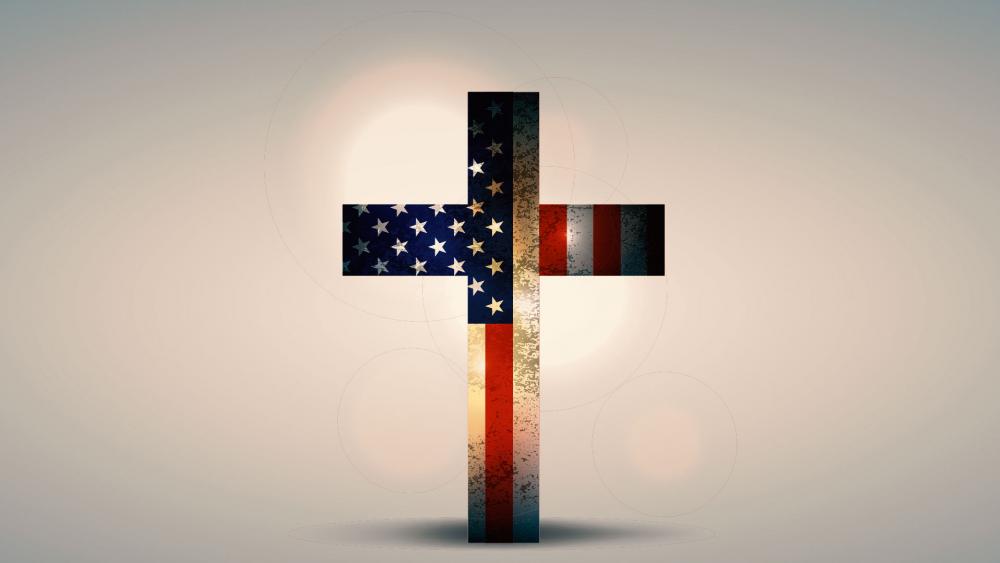 Daniel Greenfield observed in 2015, "All wars are culture wars. To win you must destroy the values of the other side. (That is one reason why we're losing to Islam no matter how many times we beat them on the battlefield.) You must destroy their sense of purpose and the values instilled in them to break them as an organization."

If one looked to destroy America's "sense of purpose and values instilled" the Mayflower Compact comes to mind as a target:

"In the name of God, Amen. We, whose names are underwritten, the loyal subjects of our dread Sovereign Lord King James, by the Grace of God, of Great Britain, France, and Ireland, King, defender of the Faith, etc. … Having undertaken, for the Glory of God, and advancements of the Christian faith…"

Ah, my reader, the loss of the Founder's vision and sense of purpose that was transported to America — from that vision is where we have strayed.

Unfortunately, we Christians still don't get it.

The Left "owns" America's youth and culture through its deconsecrated mastery of television, film, music, public education, and even video games. As a whole, the nation's youth receive their moral (or amoral) guidance — ideology, values, facts, and worldview — from the profane culture-producers mentioned above. Is there any wonder why Christians have lost the culture? "Garbage in, garbage out."

So let's be clear, Secularism, a carcinogenic, has changed America's spiritual DNA, the genetic blueprint established by the American Founders. Now, Evangelical and Pro-Life Catholic Christians must begin to stand if America is to survive.

On the eve of the 1994 revolt by the American people, which turned the House of Representatives over to the Republicans for the first time in forty years, Minority Whip Newt Gingrich diagnosed the symptoms of the disease that smothers America: "It is impossible to maintain civilization with 12-year-olds having babies, 15-year-olds killing each other, 17-year-olds dying of AIDS, and 18-year-olds getting diplomas they can't even read. Yet that is precisely where three generations of Washington-dominated, centralized government, welfare-state policies have carried us."

Welcome to Secularism. Now, what is the prescription for the cure?

As conservative Christians sat idly by over the last few decades, the Left carried on a type of guerrilla warfare designed to overthrow traditional Christian morality and de-Christianize and secularize America through the mediums of entertainment. We Christians are guilty, as we allowed secularists to capture the high places in America that govern the culture: public education, higher learning, newsrooms, sports, the Courts, the Fortune 500, Big business, Hollywood, and medicine.

What has become increasingly clear is that one can change politics "only" if one can change the culture. The anointed eye recognizes that while evangelism is certainly a critical piece, Jesus emphasized discipleship, "I have been given all authority in heaven and on earth. Therefore, go and make disciples of all the nations, baptizing them in the name of the Father and the Son and the Holy Spirit. Teach these new disciples to obey all the commands I have given you. And be sure of this: I am with you always, even to the end of the age" (Matthew 28:19-20).

"Evangelical Christianity, at least in the United States, is now tragically below the New Testament standard. Worldliness is an accepted part of our way of life. Our religious mood is social instead of spiritual. We have lost the art of worship. We are not producing saints. Our models are successful businessmen, celebrated athletes, and theatrical personalities. We carry on our religious activities after the methods of the modern advertiser. Our homes have been turned into theaters. Our literature is shallow and our hymnody borders on sacrilege. And scarcely anyone appears to care.

"We must have a better kind of Christian soon or within another half-century, we may have no true Christianity at all. Increased numbers of demi-Christians is not enough. We must have a reformation."*

As Christians begin to strategize and plan for the half-century road ahead, where do we begin?

First, senior pastors must reestablish prayer in America's churches.
Second, Christians must begin to place spiritual men and women into the cultural mainstream in America, the public square. Men and women of Issachar must come to the front, becoming predominant in the spiritual, intellectual, and political landscapes.

The reason? In God's unending order, the glory of a nation lies in its righteousness — not in its GDP, nor its military power.

"A little cloud about the size of a man's hand  [Notes:is]  rising"** — 200 hundred pastors ran for local office in 2016, an additional 200 pastors are running in 2018. The resurrection and transformation of America is on the way. I'd bet my life on it.